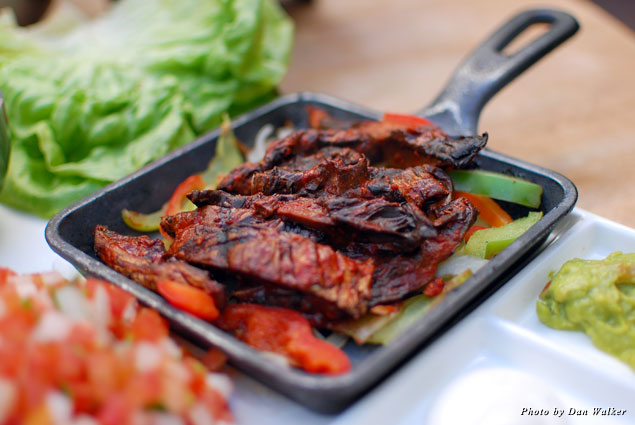 Have you ever had a drink or food that literally changed the way you see the world? At La Sandia, the toasted coconut mojito was my “thing.” At first, I did not want to try it when our incredible server, Anthony, recommended it because it had tequila in it. When I was in Mexico, I got sick from tequila and … I think I will leave it at that. Anyhow, Anthony told me it was his favorite drink, a signature at La Sandia, and really unique so I had to try it.

On the rim of the glass clung a mixture of toasted coconut and chili dust. When I took my first sip, I could taste the sweetness and smokiness of the chili dust with a lick of spiciness and feel the crunch and chewiness of the coconut before indulging in the sweet, refreshing coconut-rum drink. As I write this, I am planning when I can go back to have another. It rocked my world. 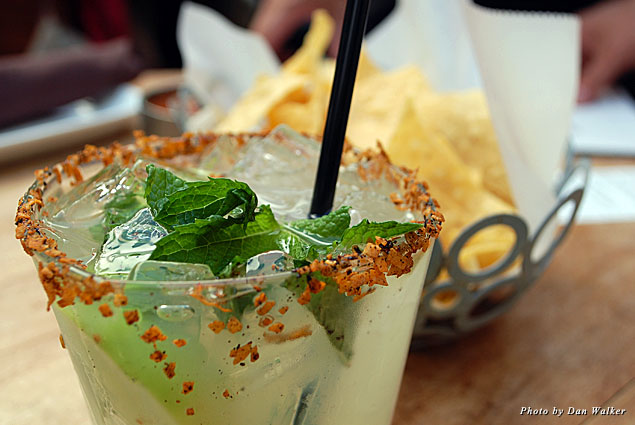 La Sandia, a Richard Sandoval Restaurant on the dining deck at Santa Monica Place in Santa Monica, California, features traditional Mexican cuisine taken to a whole new level. The décor reminds me of a South American family restaurant with a modern elegance, including lots of heavy iron, candles, and clay tiles. It is difficult to see from the front of the restaurant exactly how large the space actually is. In fact, La Sandia is next to another Sandoval-owned restaurant, Zengo.

The purpose of my visit was to check out La Sandia’s new Latin Light menu, featuring several full meals all less than 500 calories. The restaurant offers 10 such meals, and each is creative, light, and extremely filling. My favorite fajita platter was the Portobello mushroom with achiote and salsa verde. This meal was served with guacamole, sour cream, and a huge portion of pico de gallo as well as lettuce to wrap. And all this was only 250 calories! The crimini mushroom flatbread came with bean purée, onion, goat cheese, cilantro, and truffle oil and clocked in at only 475 calories. The Harris Ranch hanger steak, which is only 395 calories, came with an impressive selection of chimichurri, lettuce wraps, onion, cilantro, salsa roja, pico de gallo salad, pinto beans, and guacamole. To add to this wonderfully light menu, I had the 150-calorie, fresh watermelon agua fresca and could not tell the difference between it and the full-calorie versions. At La Sandia, the Latin Light menu is not your average lean cuisine. 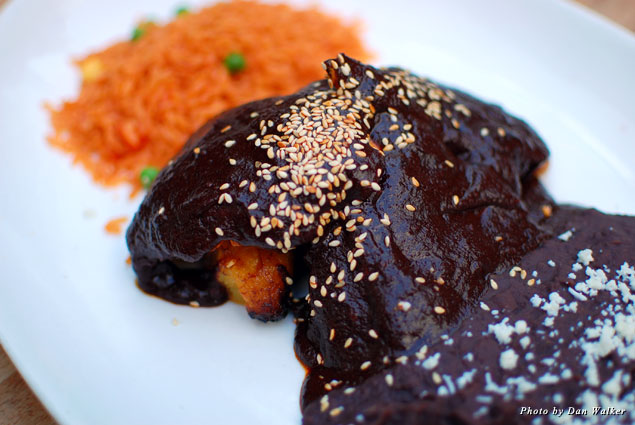 Danielle, the manager, sent over a few more dishes for us to try. The tableside guacamole was delicious, as were the chips and homemade salsa. The mole was to die for. I sampled three tacos: carnitas, tri-tip, and chicken rojo. All three were tasty, but the rojo sauce, which I tasted in a few other dishes, appealed to me every time.

Even if you are eating light, you MUST have the fresh homemade churros. Danielle served us a sampling of three desserts: the flan, tres leches cake, and a tiny churro. All were yummy, but I had to get more of the churro. The restaurant sent us a full order and we polished it off, fighting for the last drops of cinnamon and sugar that fell on the table. As a matter of fact, we persuaded a few of our neighbors to save room because it was the best churro I had had in my life. Trust me, you will never eat one of those frozen/reheated varieties again. 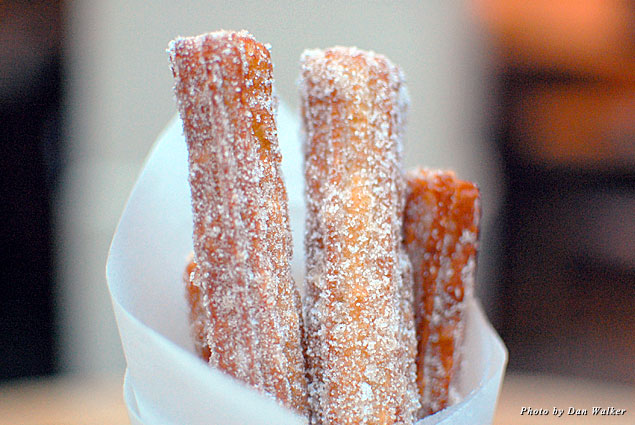 This was one of the best Mexican meals I had ever had, and I was surprised about how healthy most of the meal was. I would order some of the lighter meals, even when not watching my weight, as they were both filling and flavorful. However, I would have to have another toasted coconut mojito, and some of the mole, chili rellenos, and churros every time I visited.