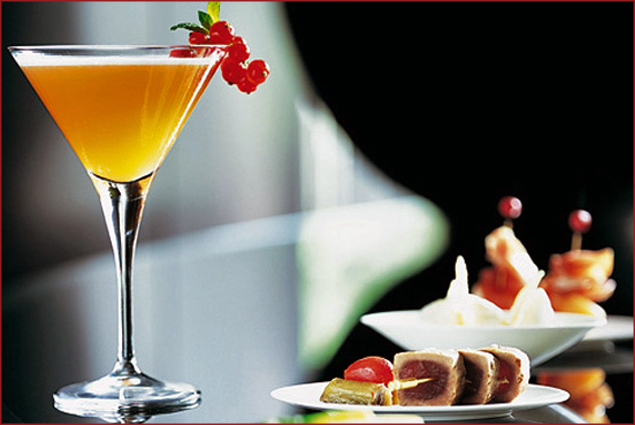 I could hear the cheers from Piazza del Duomo. They were hard to miss. After all, it was the UEFA Champions League final and Inter Milan had just scored. I was sitting on my terrace at the glam Bulgari Hotel as the sun was setting over the city. The top of the Duomo was glowing.

Bulgari is an oasis in Milan, and an entrée into the bel mondo ,at the epicenter of this fashionable city. The hotel may have a hot design team – and even hotter celebrity guest list – but this haven is all about the privacy. Celebs are said to flock here, but the management is hush and this retreat maintains its relaxed air, far from the paparazzi and crowds. Décor is chic and you feel as if you’re staying in a grand home instead of a hotel. Once described as a “chocolate box of browns,” the color palette is comforting and warm, and does make you want to lie in bed and eat truffles; it’s the perfect place for that. Staff is discreet and personable and they were eager to arrange anything I needed on a moment’s notice (including taking care of my Missoni bikini when I found a pull in the famed woven knit). 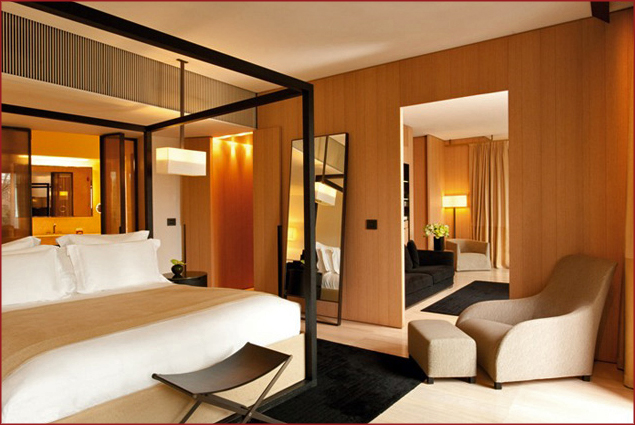 Inspiration comes easy here (as does the shopping) and after a hefty trip down Via Monte Napoleone, I exchanged my Buona Sera with the team of bellmen (who all could easily pass for Armani runway models), poured myself a glass of herbal tea in the lobby (always fabulous and kept chilled), passed by the “gummy” bar to stock up on the sugary snacks (a unique touch that I took advantage of every day!), picked up an Italian Vogue and made my way up to my room. Ah, la dolce vita…I stretched out on my chaise lounge on my giant private terrace. It was unseasonably warm for May in Milan and I decided to get some sun. 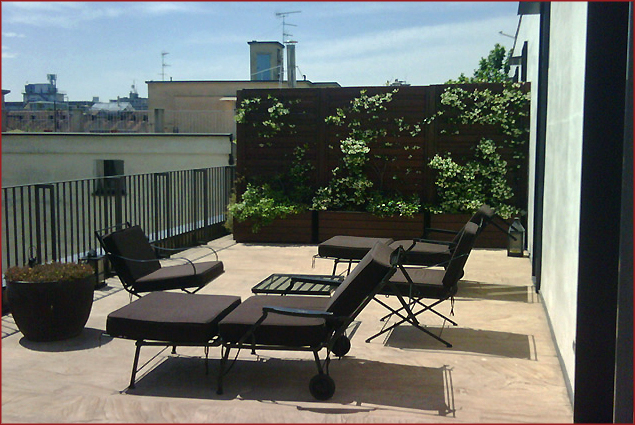 Milan is a city that evokes a strong opinion in people that know it; they either love it or, rather, they are not a fan. I happen to be quite fond of Italy’s style hub. The fashion nucleus inherently has a style doctrine and sensibility that I am drawn to time and time again. One evening, I had an aperitivo with friends in the outside garden at Bulgari. Aperitivo is a ritual that the Milanese have perfected. It’s a cultural tradition—a ritual that is as gorgeously Italian as my new Prada clutch. Bulgari brings it a step further with gorgeous small bites (perfect salmon tartare!) brought to you by roving waiters. 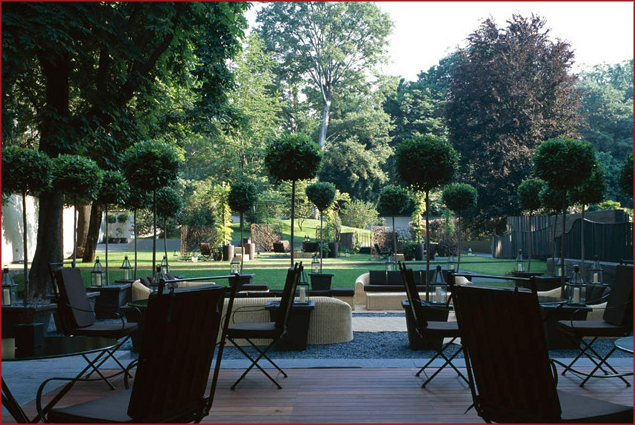 The hotel also has a spa, which features both ESPA and Bulgari products and treatments. Book Paola and try the “Frequent Traveler,” which relieved my jet lag, stress, tension, and well, just about everything—all in 90 minutes. A stunning lap pool is heated and accented by striking mosaic tiles, a Turkish bath, loads of lounging space and an entrance to the hotel’s garden (open during the warm months). 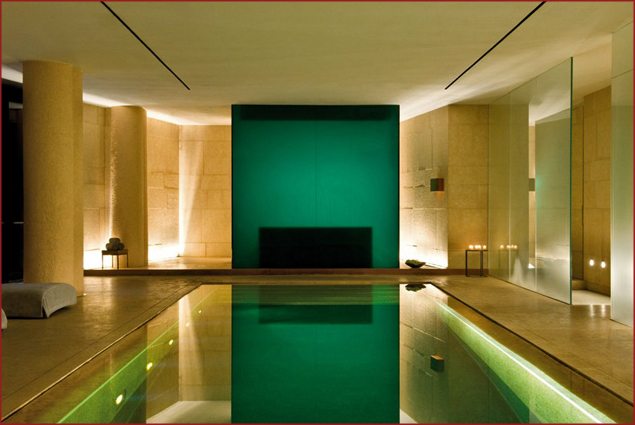 Make sure you stay over a weekend and don’t leave on Sunday because you absolutely cannot miss the brunch. Think of everything that you love. Every flavor. From sashimi to speck, to every cheese, pasta, homemade bread, and salads of every creation, all encircling beautiful servers. Book ahead and request a table in the garden. 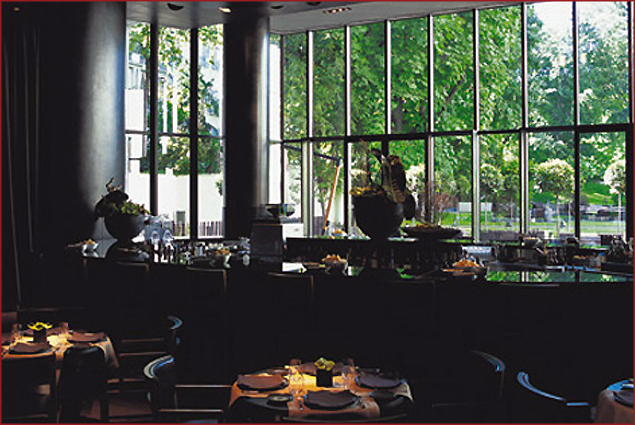 Oh, and after 45 years, Inter Milan won the UEFA Championship… so Milan glowed even more.

Bulgari isn’t the place to stargaze. Rather, it’s a chance to enter the constellation and shine.

Grazie Leonardo—Food, Fashion, and Everything Fabulous in Milan

Milano Beyond the Expo: What’s New in the City

The Best of Milan