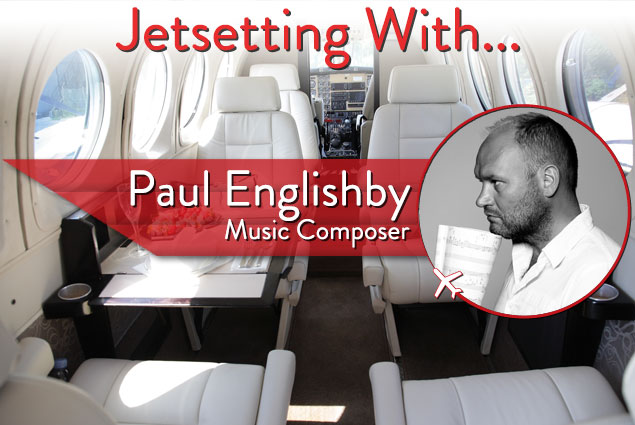 We’ve always wanted to know how famous composers jet around the world, so Jetset Extra caught up with Paul Englishby, whose many film, TV, and stage credits include the Oscar-nominated film An Education and the second and third seasons of the BBC thriller Luther. Not surprisingly, Paul often incorporates music into his travel plans, but he also has an appetite for the same things the rest of us crave – fine food, tranquil beaches, and relaxing spas. We asked Paul to fill us in on his travels and let us know where he’s been and where he’s going next. 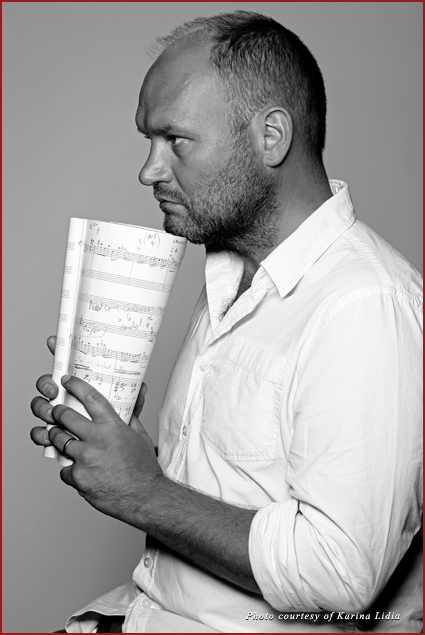 Q: What type of traveler are you, and why? (ie: adventurer, cultural explorer, free spirit, rejuvenator, spa aficionado, etc.)

A: I love a hotel with a spa and an elegant, well-stocked bar for relaxation, preferably by a beautiful beach, but I like equally to get a culture hit with city breaks, exploring a new place and its music and art.

A: I recently stayed near Marciac, in southwest France for the Jazz Festival there. It was the perfect mix of a lovely rural French house with a pool, with great gigs to go to and hear.

A: I like to know I’ll be entering into the unfamiliar. I like to be surprised by people, food, music, whatever it is. With my kids I need to know there will be plenty of fun and interesting things for them to do. I usually research on the net about the surrounding culture, and always try to learn even the simplest greeting in the language. Rude not to, I think.

Q: What is the most memorable trip you’ve taken, and why?

A: I traveled around Syria on a two-week research trip for a show I wrote for the Royal Opera House based on the Tales of the Arabian Nights (“The Thief of Baghdad”). Baghdad was clearly too dangerous to visit, and at the time (2008) Syria was a safe and welcoming place, before the current upheavals. I stayed with musicians and learned about Arabic music, saw ancient cities, attended a Sufi ceremony where people stood and sung their prayers accompanied by sort of primeval chanting, we ate delicious food, and in Damascus, mixed with people from Christian, Muslim and Jewish faiths – I could go on – it was amazing and inspiring.

A: The food in Sorrento, Italy, was better than any food I’d ever tasted. Combined with the gorgeous wine, I remember feeling a genuine physical elation after each course.

A: I always take paper and pencils everywhere. I have little books made by Moleskine which double as manuscript paper, for jotting music down.

A: Don’t plan every detail. Allow for spontaneity. Ask a local.

A: We’ve had wonderful short breaks on the Suffolk Coast. It’s beautiful and haunting, but with castles and a thriving arts scene. Great pubs and delicious fish.

A: I’m looking forward to traveling to Los Angeles for the Emmy Awards.

A: I’m just starting work on a British film called “Sunshine on Leith,” set in Scotland. I wrote the score for the current production of Hedda Gabler at the Old Vic Theatre in London, I’m working on the Royal Shakespeare Company’s forthcoming “The Orphan of Zhao,” and then the third series of Luther for the BBC.

Paul Englishby’s Bio:
Paul Englishby is a prolific and versatile composer who has written many award-winning and critically acclaimed scores for film, TV, dance, the theater, and the concert hall. Among his recent film credits is the Oscar-nominated feature An Education, a movie scripted by Nick Hornby and directed by Lone Scherfig, which debuted at the Sundance Film Festival.

Paul received back-to-back ASCAP awards for most performed works in the USA, for his score from An Education, and for his score from the acclaimed Miss Pettigrew Lives for a Day. Recent work includes music for the David Hare film Page Eight, starring Bill Nighy and Ralph Feinnes. Other recent projects include the prime-time BBC drama thriller Inside Men, the second series of the psychological crime drama Luther, starring Idris Elba, and the BBC sci-fi thriller Outcasts.