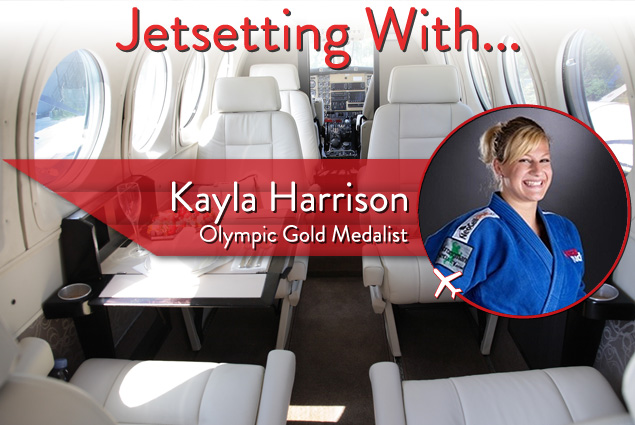 As the first American to win a gold medal in judo, Kayla Harrison is a force to be reckoned with; the No. 1-ranked judoka is currently training to defend her gold medal at the 2016 Olympics in Rio de Janeiro. Kayla’s success in her sport has given her the opportunity to share her story—and the stories of others—with the world. In addition to spearheading a foundation dedicated to increasing awareness about child sexual abuse, she is also starring as Rusty Kanokogi, the first female judo champion, in a biopic titled, “Don’t Call Me Sir”.

The judo World Champion has traveled to destinations across the globe for her sport. Read on to learn about her favorite places to visit and most memorable travel moments! 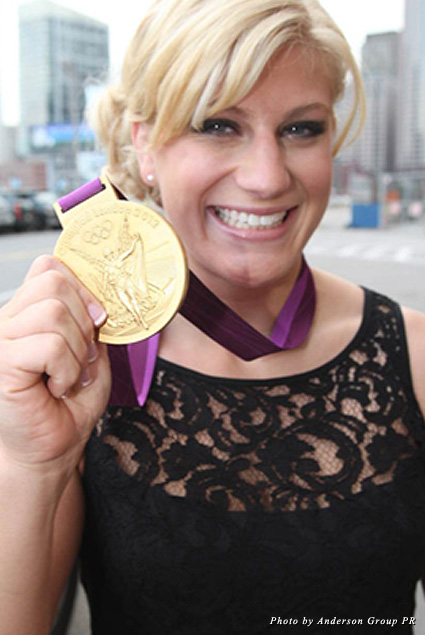 A: I would have to say I am definitely a bit of an adventurer. I love exploring a new place with or without a map. I usually get lost anyways, and I find my best memories are usually misadventures of some sort!

A: All of the above! I can go to a quiet park and read a book for hours. I can find the local flea market and shop till I drop, or I can get my friends and hit the town for some local nightlife. But there is never a dull moment when I travel, that’s for sure.

A: Good question. Well, I do a lot of travel for judo tournaments so often my locations are picked for me. But I’m not sad! I have walked the Louvre and gone on a run in the Abu Dhabi desert. Part of not being in control and not knowing what to expect is what makes the travel so fun. The only research I tend to do is about the weather so I’ll at least be dressed accordingly for a great time. 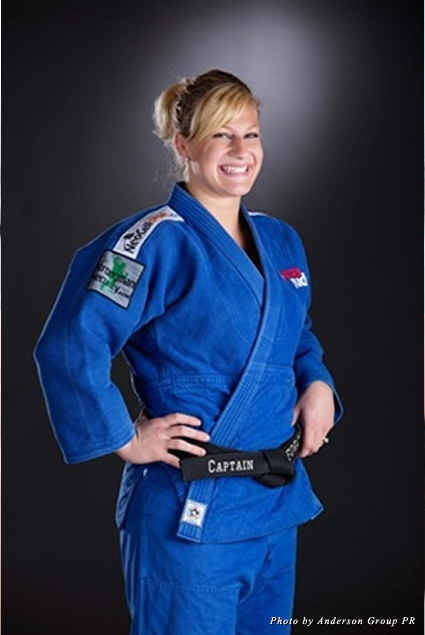 A: Well, although it is super cliché and maybe boring, I would of course have to say London. I won an Olympic gold medal there … what wasn’t to love?

A: Tough question. I would have to say it was in Guadalajara for the Pan Am Games. I had just won a gold medal and my manager and some teammates and I all went out for some local cuisine. It was delicious; I ate something off of everyone’s plate! Good friends, great food, and such a friendly environment made for a memorable night. I am a fan of Mexican food, but I never knew what I was missing until I went and had the real thing. Now, sadly, nothing compares.

A: I always travel with my rosary beads. Oh, and a good book. Nothing beats plane rides like a good book.

A: I think the best advice I can give to people is to just be open. Sometimes I never know what to expect when traveling to places like Uzbekistan or Kazakhstan or Brazil, but the greatest thing I’ve learned is no matter where you go, people are people even if they look or dress differently. And smile! Although most cultures are different from ours, nothing breaches a language barrier quicker than a smile.

A: I love Paris. And Scotland. And Italy. And Brazil. And, well, you get the idea….

A: I love going to the Cape for a nice relaxing weekend. I also never say no to Vegas.

A: Wherever my journey takes me! But Greece has always been on my list of must-sees. It is the birthplace of the Olympics after all!

A: I am in the process of starting the Fearless Foundation, which is really a big goal of mine. I am also training full time to defend my title in Rio. Oh, and I am making a movie! Check out “Don’t Call Me Sir.” Whew. Life is good.

Kayla Harrison made sports history at the 2012 London Olympics when she won the first gold medal by any American, both male and female, in judo; she is currently ranked No. 1 in the world. Kayla began judo at the early age of six and quickly distinguished herself as one of the top junior players in the country. She won the Junior US Open three years in a row (2003, 2004, and 2005) and was a two-time US Senior National Champion—all by the time she turned 18. This led her to become the third American to win the Junior World Championships in 2008; she later became the Senior World Champion in 2010. As only the fourth American to ever become World Champion, Kayla has been on a world podium every single year since and plans on maintaining her dominance by remaining eligible to defend her gold medal at the 2016 Summer Olympics in Rio de Janeiro.

Harrison’s competitive success has masked an unimaginable personal struggle. At 16, Kayla revealed she had been sexually abused by her coach and courageously came forward to put an end to the battles she was facing on and off mat. She now uses her voice to empower others; she received the Women’s Sports Foundation’s Wilma Rudolph Courage Award and was named one of Glamour Magazine’s Women of the Year for 2012, Boston Globe Magazine’s Bostonian of the Year, the Boston Sportswriter’s Association Athlete of the Year, and the 2012 OC Tanner Inspiration Award for her advocacy. Kayla is a member of the Board of Directors of Doc Wayne, an organization that provides sports-based therapy for at-risk youth, and speaks out on behalf of countless organizations dedicated to protecting children and women.

Kayla is now making the crossover into Hollywood to star in “Don’t Call Me Sir,” a biopic about the determination and endearing spirit of the groundbreaking female judo champion, Rusty Kanokogi.