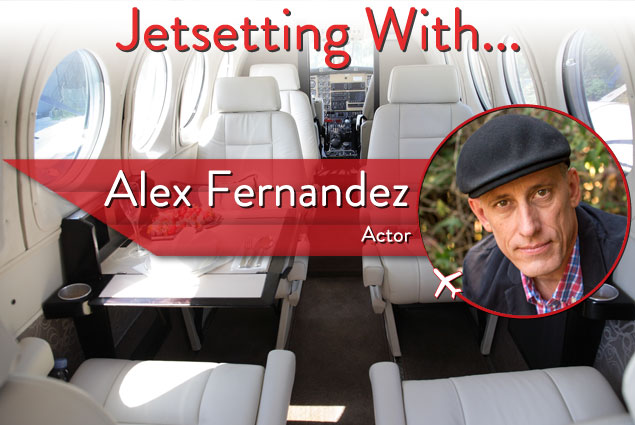 From the stage to the screen, Alex Fernandez showcases his talents as a leading man. The actor currently stars in not one but two hit shows—ABC’s “Killer Women” and Lifetime’s “Devious Maids”—and runs his own theater company in Los Angeles. A busy schedule means most of Alex’s travel plans are work related; read on to learn why he still takes time to get to know a new destination. 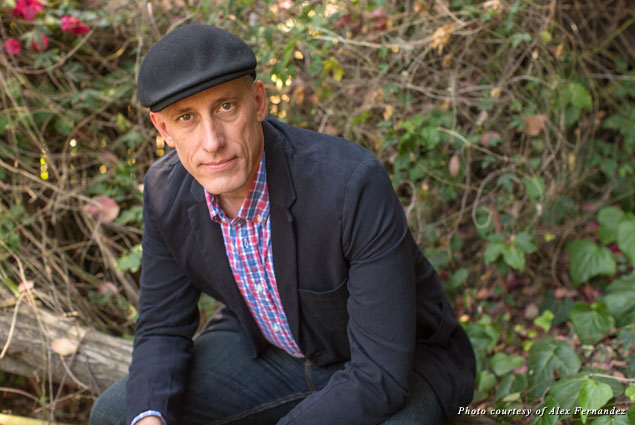 A: Since I’m fortunate enough to be a busy actor, most of my travel in the last several years has been for work. However, I enjoy immersing myself in the culture of whatever the location may be, enjoying the food, sites, history, and events that make that place unique, whether it’s an interesting place abroad such as Bogotá, Colombia, or great cities in this country including New York City, or Austin, Texas, or Charleston, South Carolina.

A: I’m definitely one for relaxation. I’m not much of an adventurer; I prefer to let the feeling of the location affect me in an easy way rather than go looking for challenges. Give me a nice outdoor café, a museum, or a historic house over a nightclub or bungee jumping any day!

A: I’m always interested to do research on wherever I’m being sent, so I can make the most of my stay. As I said, my travel has pretty exclusively been for work, but that doesn’t mean I don’t get to know the places where I’m sojourning. My most recent job was shooting the series “Killer Women” in Albuquerque, New Mexico. That’s not a place I ever thought about visiting, but in researching the many possibilities it offered, from there to Santa Fe to Taos, I encountered some of the most beautiful and arresting landscapes I’ve ever seen. I could see why Georgia O’Keeffe made painting them her life’s work.

A: The first that comes to mind is the six weeks I spent studying theater in London when I was 19. It was quite a long time ago, but growing up in South Florida, having never left the states, I was forever and profoundly changed by the experience. Theater was my passion, but I had been studying it from afar. To go to London and be completely surrounded by it, immersed in it at its highest level, was exactly what my soul needed. It was also amazing to visit places like the Tower of London, the Roman Baths, and the house where Shakespeare lived, places with such deep history that this Cuban kid from Miami could never imagine anything like it.

A: Easy, Mrs. Wilkes Dining Room in Savannah, Georgia. I still think about that chicken sometimes! I’ve vacationed several times in Savannah and a small island just off the coast of it called Tybee. That’s a fun and beautiful place.

A: I’m a fan of the author Malcolm Gladwell, and I always seem to be reading him when I travel. It’s to the point where a trip wouldn’t feel right without one of his books in my bag.

A: Don’t stay in your hotel room. Go out and experience what this place has to offer. (That’s actually advice I could heed more often!)

A: I can’t imagine not returning to Austin, Texas. I absolutely love that city. You know how sometimes when you visit someplace you find yourself looking for the cool part of town? In Austin, every part of town is the cool part of town. And of course, New York City always calls to me. I like when I’m in New York how I walk out of the hotel or place I’m staying and the energy of the city just sweeps me up and takes me away.

A: My parents were Cuban exiles, and my father was part of the Bay of Pigs invasion in 1961. He subsequently spent two years in a Castro prison after the invasion failed. Because of that and a lot more personal history with my family, I’ve never visited Cuba. I would very much like to do that. It’s a strange thing to long for a home you’ve never been to. For all these years especially since travel there became easier, I’ve resisted going out of loyalty to my father and what he struggled against. But now, I’d just like to see it before there’s a Starbucks on every corner.

Q: Tell us about your upcoming projects.

A: I’m currently starring as Texas Ranger Lt. Luis Zea on the ABC series “Killer Women.” I’m also happy to be returning to the second season of Lifetime’s hit series “Devious Maids.” I’ve been very lucky to work with a lot of great people on both these fun shows—and really lucky that I’ve stayed busy! And I still keep my feet firmly planted on the stage performing at Pacific Resident Theatre in Venice, California, in our long-running smash hit comedy “Out There on Fried Meat Ridge Rd.” as well as in an exciting and dynamic production of Shakespeare’s “Henry V,” playing February 20 through March. If your travels take you to Los Angeles and Venice Beach, come check us out and say hi!

Cuban-born actor Alex Fernandez stars as Texas Ranger commander Lt. Luis Zea, the male lead in the new Sofia Vergara-produced ABC show “Killer Women (which premiered January 7 at 10 p.m.). Alex’s character is the leader and confidant of Molly Parker (played by Tricia Hefler), a recently divorced woman, former beauty queen, and the daughter of a sheriff who rises to the top ranks of one of the most elite and male-dominated law enforcement establishments around, the Texas Rangers.

Alex also returns as Pablo Diaz, the loudmouthed husband of Judy Reyes’ character, in Season 2 of Lifetime’s “Devious Maids.” This husband-and-wife team navigates raising their daughter together in the Eva Longoria and Marc Cherry twist-filled drama that follows Latina maids (Reyes, Ana Ortiz, Roselyn Sanchez, and Dania Ramirez) with ambition and dreams of their own who work for the rich and famous in Beverly Hills.

This past summer, Alex shined in the FX police drama “The Bridge” as FBI Agent Richard Heller, where he investigated a serial killer along the Texas-Mexico border. When not in front of the cameras, Alex directs a theater company in Los Angeles, where he had a new play premiere at the end of December. He is also an accomplished screenwriter. In addition, Alex is noted for his acclaimed voiceover work in video games, especially as the lead in “Final Fantasy X,” “James Bond 007: Everything or Nothing,” “Quantum of Solace,” “Splinter Cell: Double Agent,” and “Mercenaries 2: World in Flames.”