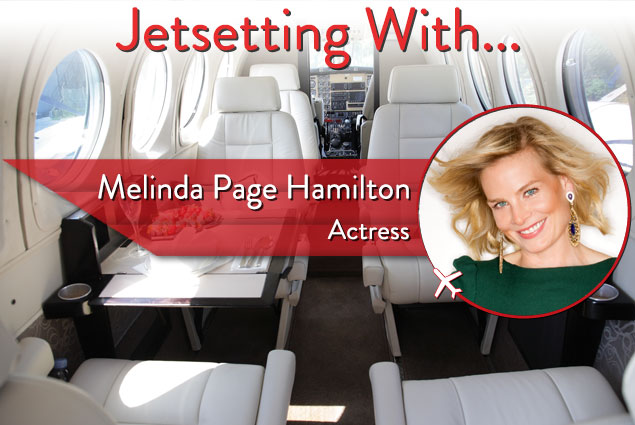 A: I’m probably best described as a cultural traveler with an adventurous spirit.

A: One of the important features for me when traveling is great food. For me, a perfect travel experience incorporates a little bit of physical activity—long walks, hikes, or biking through the countryside—followed by a fabulous meal. I’m not a huge nightlife person, but I do love a destination that allows for a lot of cultural exploration be it museums or interesting out-of-the-way neighborhoods.

A: It depends on the destination, but I do read guidebooks before I go somewhere. A weird anxiety takes hold of me before I go somewhere that I’ll miss some of the most interesting, life-changing experiences a place has to offer because I just didn’t know what was there. That said, once I’ve done the research I’m a big believer in tossing the guidebook and allowing for a certain degree of improvisation and spontaneous exploration.

A: I took a trip to India a few years back, and that was a life-changing experience. I was in Kerala for two weeks and then in Rishikesh for a week. India was just a full-throttle assault on the senses, the smell, the pace, the sights, the food, the extraordinary people; I don’t think you can go to India and come back the same person you were when you left. I loved it and was completely challenged by it and humbled by it all at the same time.

A: That would be a tie between a hot chocolate I had in Montecatini, Italy, after hiking through the pouring rain and an Easter dinner I had in Siena, Italy, with my cousin many years back consisting of artichokes, roast pigeon, and a pasta Bolognese that to this day stands out as the best I’ve ever had.

A: I always bring a good book. There’s nothing like being in a fabulous city, finding a great café, and sitting own to read with a terrific cup of coffee, or taking a moment in some picturesque spot in the countryside and plopping down with a picnic and a good book.

A: Paris. I love Paris and feel such a sense of expansiveness there, just walking down the street. I fantasize about living there some day.

A: My husband and I love Napa; it’s exquisite countryside reminiscent of Italy without the plane fare, and the food is divine. We also love taking day trips to Ojai where there are fantastic hikes and a beautiful bike path; we always stop into our favorite Italian restaurant Osteria Monte Grappa afterwards for a terrific lunch.

A: I’m very proud of a show I’ve been working on called “Devious Maids,” which airs Sundays on Lifetime at 10 p.m. Written and produced by Marc Cherry, the show follows five Latina maids and the Beverly Hills households they work for. I play Odessa Burakov, the Russian house manager who runs the house of Alejandro Rubio (played by Matt Cedeno) and is the superior to Carmen Luna (played by Roselyn Sanchez). It’s funny, sexy, and outrageous, and I hope it will become an addictive treat for audiences at the end of a long week. 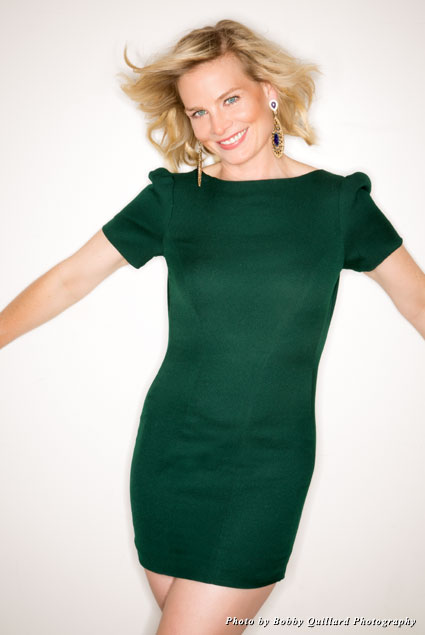 The comic relief on Lifetime’s highly anticipated new Marc Cherry and Eva Longoria-produced drama “Devious Maids,” Melinda Page Hamilton stars as Odessa Burakov, the mysterious yet intriguing Russian militant house manager for Latin pop star Alejandro Rubio (Matt Cedeno) hell-bent on thwarting the ladder-climbing agenda of housekeeper Carmen Luna (Roselyn Sanchez). Melinda’s star has been on the rise with memorable roles on hit shows including AMC’s Emmy Award winning “Mad Men,” in which she played Anna Draper, widow of the real Don Draper. She also had recurring roles on the HBO series “Big Love” and on ABC’s “Desperate Housewives.” Beginning her acting career in the theatre, Melinda played the title role of Cornelia in the Old Globe Theatre’s original production of “Big Love,” on which the hit HBO series was based. She was also the star of Bobcat Goldthwait’s comedy feature film “Sleeping Dogs Lie,” which was selected in the main drama competition at the Sundance Film Festival and garnered Melinda a Gotham Award nomination for best breakthrough actor.