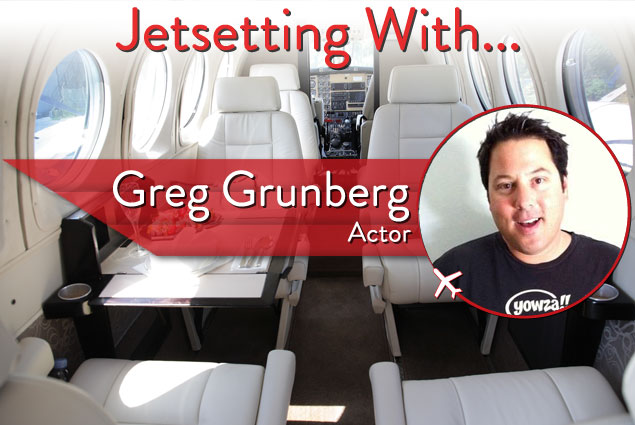 Actor and entrepreneur Greg Grunberg might be best known for his roles as police detective Matt Parkman in “Heroes,” Captain Seth Norris on “Lost,” Eric Weiss on “Alias,” Sean Blumberg on “Felicity,” and Judd Rouscher on “Love Bites.” These days, Greg has recurring roles on the Lifetime series “The Client List” and on ABC Family’s “Baby Daddy” and will appear in the upcoming films “Chez Upshaw” and “Mega Spider,” as well as in the SyFy television movie “End of the World.” The busy actor lives outside of Los Angeles with his wife, Elizabeth, and their three sons. 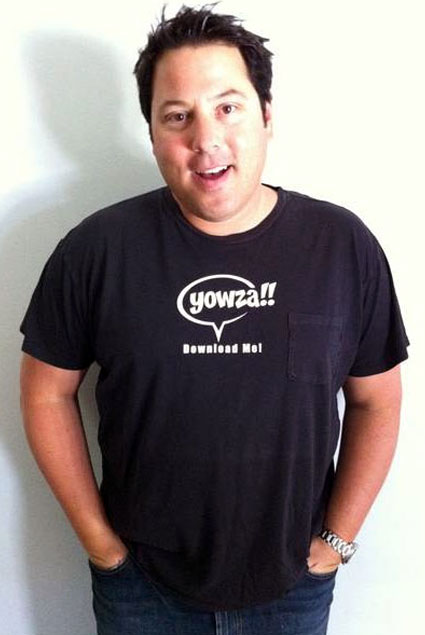 I love going on a vacation where I have to do absolutely nothing. I mean five-star, just sit by a pool where they come around and clean your glasses and offer you a Popsicle and you don’t have to get up. It’s beautiful, and you get in the pool and you go back and lie down. I honestly love the type of vacation where it feels as though you are recharging your battery. But mentally recharging my battery is something I enjoy doing as well, with my kids and my family. We love to take a vacation where we are going to absolutely gain knowledge, culture, history, and education. So if we can go somewhere, such as the California coast, and learn about the California coast, go to ballparks and see some baseball games, go to historical sites, that’s something we love to do as well.

I’m 46 and a father of three so I really do like to travel with my family. If I’m not taking a romantic trip with my wife to Paris or some exotic place, I like to do activities. I like to do sports activities, physical activities, stuff where you can really feel good about working out but are having a great time, such as zip lining, hiking … I don’t do anything where I could possibly die, there’s no skydiving in my future, but anything that has a little bit of adventure to it and will let me break a sweat I’m all for, especially on a vacation where I can then go back to a nice hotel and relax.

Usually it’s work-related for me, as far as where I’m traveling to next. If I’m on a show and need to do PR I’ll go to New York and do Letterman or do press there. That usually is a deciding factor for me, obviously.

The most memorable trip I’ve ever taken was to Paris and London. I kidnapped my wife because she would not let me take her away from the kids for very long so I had to lie and say we were just going to New York for a little bit. When she landed in New York, I had a car waiting for her, and we drove around the airport and went to the international terminal and got back on a plane. I had packed a bag for her, and I had arranged for everything in Los Angeles to be taken care of with our kids. She hated me during half of the flight to London, and then when she got there one of our kids fell at school and had a problem. We got a call and I said, ‘See, we’re in London and we deal with it. No problem.’ She put her mind to ease and we had the most wonderful trip in London and Paris. It was kind of a second honeymoon for us and something we absolutely need to do again. I want to go to Africa on a safari, that’s kind of the next big trip I want to take.

Probably the gelato on Île Saint-Louis in Paris. There’s a little gelato place, and it was just ridiculous. It probably could have been mud, you know, because of how beautiful my wife was and how beautiful the location was, and it still would have been the most delicious thing I’ve ever eaten. It’s kind of hard to beat the food in Paris or in Florence in Italy or in Lake Como … there are some places where you can’t find that food, that level of food, even little places in the United States.

A pillow. I always take a pillow from home just because I cannot trust the pillows even at the finest hotels, and if you’re not sleeping well on a trip you just won’t enjoy yourself.

We will constantly be going throughout our lives to Hawaii. It’s just a place we connect with; the ocean, the land, and just the feeling you get in Hawaii is really hard to duplicate. Until we find something closer that gives us that same rejuvenation, I think Hawaii is going to be a place to which we’ll forever be returning.

We love to go to Santa Barbara and up north. We like to go to San Diego, places in close proximity to Los Angeles, to Hollywood where we live, because you don’t have to travel very far if you find a spot you connect with. Our kids love the water, they love the ocean, and it’s probably because we don’t live near the ocean. We love San Diego, we love Santa Barbara, we love San Francisco, and we love any of the beach communities in California. Those are where we mainly go for our weekend getaways.

Either Australia or Africa. Africa for a safari and Australia because I’ve never been there, but I’ve heard amazing things. I’ve been going to Atlanta a lot because there’s a lot of production in Atlanta. I have an app called Yowza!!, which is a coupon app I created. It’s a free app for anybody to download, and you can use it to save money wherever you go regardless of where you travel. A lot of times I have to travel for meetings, to meet with heads of different restaurant or clothing store chains or do promotional stuff for Yowza!!, so that’s been taking up the majority of my time right now, promoting my app.

I recently shot a movie called “Ward’s Wife,” we just finished Season 2 of “The Client List” with Jennifer Love Hewitt, and I’m also playing a recurring character as the gay dad on ABC Family’s show “Baby Daddy.” Those are the project’s I’m currently working on, and I’m having a good time.

Best known for roles on “Heroes,” “Lost,” “Alias,” “Felicity,” and “Love Bites,” actor Greg Grunberg also served as a writer, producer, and star of the 2010 film “Group Sex,” which ran on Showtime, Starz, and Netflix, and he continues to appear on television and in film. In addition to his work in entertainment, Greg is the mastermind behind Yowza!!, a mobile coupon solutions startup he founded with veteran software developer August Trometer. The free, GPS-based app identifies special offers and discounts within a consumer’s immediate vicinity. Greg formulated the concept of Yowza!! while shopping with his family and is actively involved in all areas of business development as well as in the promotion of the app. Greg also began the charitable celebrity rock band, “Band From TV,” with fellow actors Hugh Laurie, James Denton, Bob Guiney, Jesse Spencer, Adrian Pasdar, and Scott Grimes. The band has performed on “American Idol Gives Back” and “The Tonight Show with Jay Leno,” and Greg’s portion of the band’s fundraising benefits TalkAboutIt.org, the website he started to raise awareness and funds for people with epilepsy because his eldest son has the condition.

An active embracer of new media from the beginning, Greg has been voted one of the most interesting actors to follow on Twitter and currently has more than 1.4 million followers.