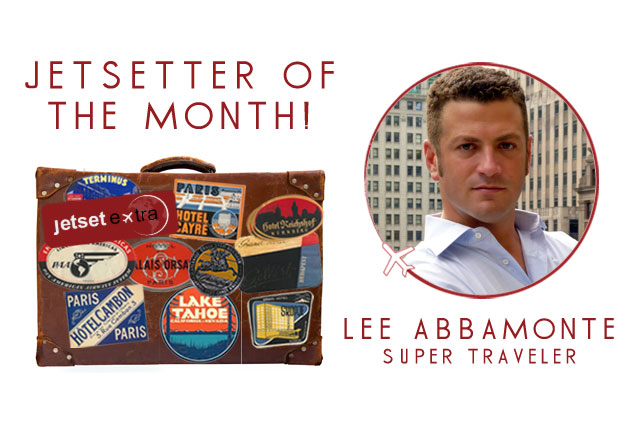 On a whim, Lee Abbamonte decided to study abroad in London with one of his best friends. That was at age 20; nearly a decade and a half later Abbamonte is the youngest American to visit all 193 sovereign nations (United Nations member states), as well as Taiwan, Vatican City, and Kosovo. His current goal is to become the youngest to visit all 321 countries and unique destinations in the Travelers Century Club, of which he has already been to 307. We found out what inspired him to reach this achievement and how he made it happen—and learned about the places he would and would never visit again. 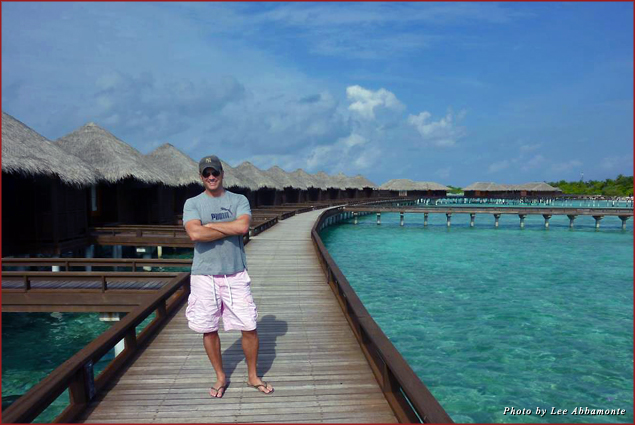 “I graduated from a top 20 undergraduate business school with a double degree and received an MBA from the top international business school in the world, but I could have never learned in a classroom what I’ve learned on the road,” Abbamonte says. He worked on Wall Street for eight years, traveling whenever he could, before finally deciding in 2008 to resign, get his master of business administration, and travel professionally. “[Travel] teaches you about other people, cultures, and countries in a hands-on way you can never learn otherwise,” Abbamonte says.

Originally, Abbamonte set a goal to visit 100 countries by the time he turned 30; he achieved it at age 26. An email from a friend about a record to be the youngest to visit every country, however, served as the inspiration to set a new goal—within reason. “I have never sacrificed an experience to simply visit a place,” he says.

Of the 196 or 307 countries (depending on which list you go by), Abbamonte has been to 135 of them more than once. To which countries does he want to return? “Places like Namibia, Bolivia, Brazil, Ethiopia, Mongolia, and Iran,” he says, “because there is so much to do and see and the people are so nice.” He says he also loves the Mediterranean countries. Of Nigeria, however, Abbamonte says, “I really had a miserable experience there and was face to face with the worst corruption I’ve seen in my travels,” adding it would probably be at the top of his list of places to never go back.

One place Abbamonte finds himself recommending over and over again is Colombia because of its great food, nightlife, culture, cities, and coastline and its proximity to the United States. “A lot of people ask me what’s a good place not too far from the US that is good value,” he says. “Colombia is perfect.” He says he is often asked about North Korea since very few Americans have been there and people are curious about what the country is really like. “I always say it is the most interesting place I’ve ever been—truly fascinating,” Abbamonte says. He believes Africa, his favorite continent, will continue to become a tourist destination in 2013, with an influx of visitors to the more developed parts of Southern and Eastern part of the continent.

Study abroad might have been Abbamonte’s most life-changing experience, but he also says climbing and summiting Mount Kilimanjaro was an amazing adventure. According to Abbamonte, he and one of his best friends did the climb and summit together and, while the circumstances surrounding it were difficult and it was a struggle, they made it. “I will never forget that!” he says.

Another thing he’ll never forget: meeting and chatting with Mick Jagger of his favorite band, the Rolling Stones. Although Abbamonte has been fortunate enough to meet many famous faces while attending events in New York, Los Angeles, and Las Vegas, he was caught off guard when he met Jagger on the set of a movie in London in 2000. “He was so polite and cordial I was blown away,” Abbamonte recalls. “I wish I had a chance to think about what I wanted to say better, but I just stumbled upon him so meeting him, shaking his hand, and chatting for a minute or so was pretty awesome!”

With all the celebrity meet-and-greets and adventurous feats, Abbamonte wishes he had received advice to “stop and realize how cool what you’re doing actually is,” before he started traveling. “Sometimes you become jaded in travel, especially if you’ve traveled even a fraction of what I’ve done,” Abbamonte says, adding that “each experience is a blessing and every place has something to offer.” He advises looking at a new place or experience as if it’s the last time you’ll ever be there, taking time to appreciate your surroundings and realize the importance of each opportunity.

When asked how he hopes future jet setters can benefit from hearing his take about travel, Abbamonte replies he would like travelers to be inspired by his life and his stories. “I hope that I can influence them even just a bit to get out there and see the world,” he says. “The most satisfying emails I get are the ones that tell me I inspired people or opened their eyes or minds to new things and places.”