Jetsetter of the Month: Radio Co-Host and Writer Pauline Frommer 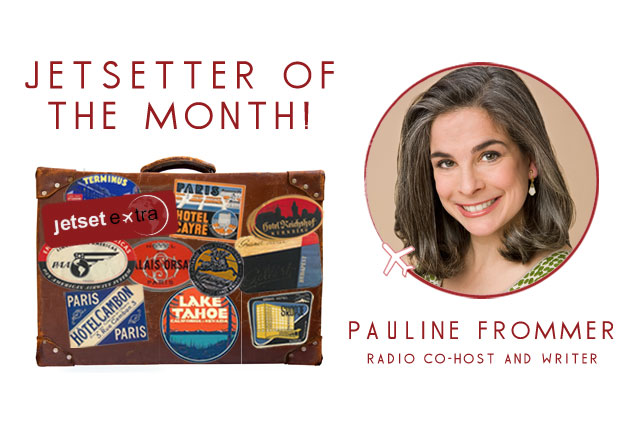 When Pauline Frommer, co-host of “The Travel Show” and a syndicated newspaper columnist with King Features, was in her late 20s she worked with her father, travel legend Arthur Frommer, on a book called “Arthur Frommer’s New World of Travel”. Although she started out as an actor, this, Frommer recalls, was the turning point that inspired her to go into writing and editing full time. She became the founding editor of Frommers.com and launched her own line of guidebooks about traveling on a budget. Frommer shared with Jetset Extra her advice about how to spend less and travel more. 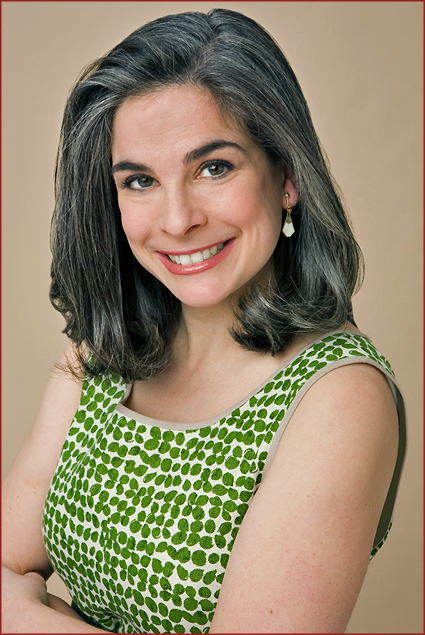 “It’s very simple: The less you spend on travel, the more you can travel,” Frommer says. “And I am a big fan of traveling as much as you can.” She adds that people tend to enjoy their travels more when they get a good deal. Although luxury travel can be fun, Frommer says, the heart of travel is meeting people, exploring new cultures, and seeing great art—all things which can be done on a very low budget.

So what is the best way to get the most out of your dollar when you travel? Go where the dollar is strongest, Frommer says. This means planning trips to destinations in Central America and most parts of Asia, with the exception of Japan and Korea. “When you go to those countries your dollar goes remarkably far,” Frommer says.

When it comes to saving money traveling to any destination, Frommer says there are many ways to make it happen, such as looking for non-traditional lodging options.

Staying in a private B&B, where you rent a room in someone’s house, or renting an entire apartment are two such examples. For an upcoming trip to Chicago, Frommer plans to stay in a studio apartment, which she found through airbnb for $65 a night, including breakfast.

As far as airfare is concerned, Frommer predicts it will become even more confusing in 2013. She says airlines are beginning to customize fares for their customers, collecting data and bundling ticket prices together with additional fees, such as those for luggage, priority boarding, and other perks. This will make it more difficult to search for airfare on third-party sites, and according to Frommer the public’s ability to compare one airfare to the next is one reason why it has been reasonable. With the absence of that opportunity, things are going to change.

One way to combat rising air travel costs, Frommer says, is to pay attention to when you book your flight. “Generally, for domestic travel, airfares are cheapest when you book them six weeks in advance,” Frommer says, adding that sales tend to be announced on Mondays and other airlines match those prices on Tuesdays. Thus, travelers tend to pay less when purchasing flights on a Tuesday or Wednesday six weeks before a trip, Frommer says.

Saving money, it seems, will continue to dictate travel trends in the coming year. Frommer predicts travel to China will be very popular in 2013 since the country’s government continues to devalue its currency, which makes costs on the ground relatively low for travelers. A recession has made travel to Ireland much less expensive as well, Frommer says, adding that Mexico also continues to do quite well. Frommer’s additional travel predications for the year include trips to Burma (also known as Myanmar) and to a cultural festival in Marseille, France.

In the United States, Frommer says studies show people will continue to travel where they usually do: within 100 miles of their home. New York, Las Vegas, and Orlando remain the most popular places to visit, as are the country’s national parks.

For those more interested in international travel, Frommer’s current top recommendation is Belize. “I talk a lot about family travel,” she says, “and when I took my two daughters there last spring we had so many adventures and such fun that they did not argue for an entire week, which was kind of a miracle.” Frommer says insurance regulations in the US would prevent some of the adventures she and her daughters were able to have in Belize, which allowed them to challenge themselves, learn fascinating things, and have a great time. Belize is also a country that can be done very inexpensively, she says.

Although Frommer says she doesn’t know if she has one favorite place to travel, a destination she didn’t get to see enough of is India. “I’m really dying to go back to India,” Frommer says. “It is such a rich and complex and, to be honest with you, bewildering culture.”

No matter where she goes, Frommer works hard to cover each destination from a perspective of knowledge. “When I work on a guidebook or an article, I visit every hotel in the vicinity, I eat myself silly, I visit every single museum and site, I take it as a job so that I can actually compare and contrast for you,” she says. When Frommer created her Las Vegas guidebook, for example, she visited the city on and off for two months and stayed in a different hotel every night. “I could tell you definitively that Hotel A was better than Hotel B, and that’s what professional travel writers do.”

The bottom line is that traveling is important, both as an educational tool and to make the world smaller, in a good way, Frommer says. “When you travel you see what the world is actually like,” she says. “You find out that a vast majority of people simply want peace, they want enough food to eat, they want their children to have a better life than they do.” This, according to Frommer, can help you become less afraid of the rest of the world and turn into a global citizen.