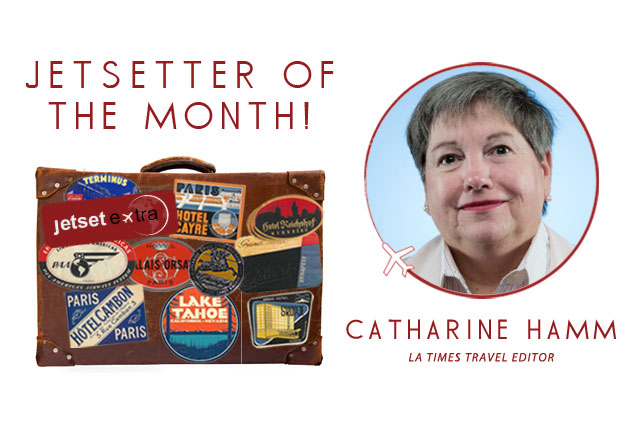 According to Catharine Hamm, travel editor for the Los Angeles Times, the goal—not just hers but every travel journalist’s—is “peace through growth and understanding.” Travel is important, she says, because it removes us from the center of our universe and helps us see other ways of answering questions we think we know the answers to. 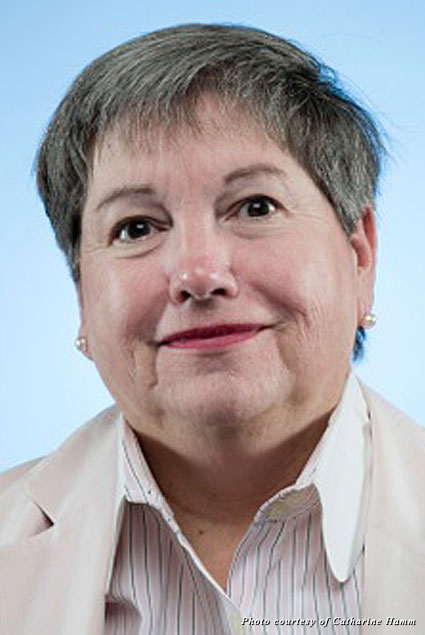 One way to accomplish this, Catharine advises, is to find an institution where you have something in common with the people who live there. For Catharine, the institution is Sunday Mass, and the location where she first understood its importance from a traveler’s perspective was Valencia, Spain. “There’s a point in the Mass in which you offer a sign of peace to those around you,” Catharine recalls. “This older woman—I’m probably the age now that she was then—turned to me and said, ‘La paz.’ Her face was radiant, and I was both comforted and awestruck.”

It was at that moment Catharine realized how being a part of a religious, cultural, or even a local group allowed her to form a connection that might not have been possible otherwise. “Find what is dear to you and seek it on the road,” she says, adding, “Revel in the differences and enjoy the connections the touchstones afford.”

The decision to begin traveling was not one made by Catharine but by her father, who worked in the federal government and was transferred every two years. It took her years to catch on, she says, but Catharine eventually realized he would disguise the less-than-happy aspects of a move with the adventure of discovering a new place. Now, as the LA Times travel editor, Catharine claims her favorite part of the job is the variety, with no day like the day before or the day to come. “Travel is a university, and being a student is my dream and my privilege,” she says.

With her job comes the opportunity to recommend destinations to interested travelers—a task Catharine doesn’t take lightly. “One of the keys to making recommendations is knowing that what fits most people is a place that fits them,” she advises. For example, she says, if she knows a person who loves the outdoors and the grandeur of nature, she wouldn’t hesitate to recommend they go to Yosemite, drive the Big Sur coast, or visit the desert. If, however, it’s an acquaintance (which Catharine defines as “someone you think you know more about than you actually do”) who asks for travel guidance, the editor cautions you will most likely give him or her a suggestion that isn’t actually the right fit.

When it comes to the pages of the LA Times, Catharine says she feels comfortable telling her readers about places because she has gotten to know many of them over the years. The place people enquire about the most? Europe, she says, especially Britain, France, and Italy.

With her finger on the pulse of the travel industry, Catharine cautions it could be a tough year for the leisure travelers due to higher airfare costs, especially from secondary cities and in high season to Europe, as well as rising hotel and rental car prices. She suggests travelers get the best airfare they can and then focus on costs on the ground. “There are lots of ways to control those and often, if you’re traveling abroad, you’re going to spend more on your hotel than you do on airfare,” she says. To combat costs, Catharine recommends home exchange, renting a flat, or using another collaborative consumption model such as Airbnb and Couchsurfing.

Catharine also offered advice about judging a destination after just one visit. If there’s a place to which she thinks she would not go again it means she needs to go again, she says, because she “left without the understanding I sought in the first place.”

There is, however, one place Catharine loves to visit over and over again: Hawaii. She lived there when she was a kid, and she makes a return trip whenever she can. “It is a magical place for me,” she says, “and somehow, I always seem to be a better version of myself when I am there.”

It was in Hawaii where Catharine had her destination wedding in 2008, which she says absolutely changed her life. It wasn’t the marriage, however, but what came after it—a very long story that involves “trust, the legal system, good people, not good people, and a whole new view of life as a twosome.” According to Catharine, justice was ultimately served after her LA Times story about the experience went to print.

While that story stars a memorable person for less-than-happy reasons, Catharine had a more positive experience meeting Bella, the yellow lab that belongs to the Earl and Countess of Carnarvon of Highclere Castle in Hampshire, England, recognized today as the exterior setting for the television show “Downton Abbey.” Bella flopped at Lady Carnarvon’s feet while the countess was giving a news conference and followed her mistress around everywhere because, as Catharine observed, she clearly adored her. “I’ll never forget it, because her actions told me that the countess, who appeared to be amazing and kind and very human, really was all those things,” Catharine says.

Catharine says the experience “thrilled me to my toes,” which she thinks might have had something to do with the fairytale setting and finding people who work for the good of history and humanity. And it seems Bella returned the love, greeting Catharine with a big, sloppy kiss during the news conference and giving her a wonderful travel memory.