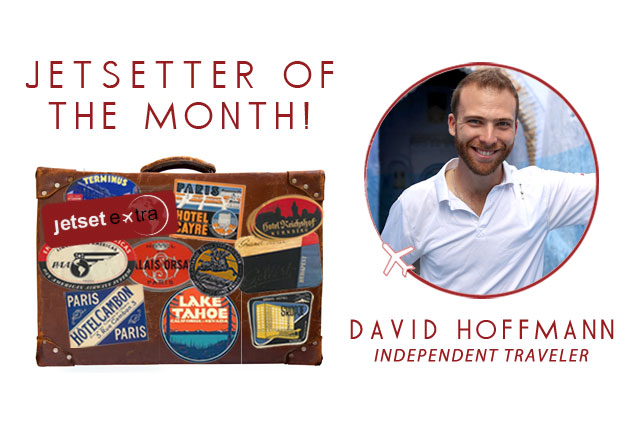 David Hoffmann wants to leave his mark on the places he’s visited—and help other travelers leave their mark, too. Inspired by the graffiti he saw throughout his travels, David created a website called “David’s Been Here,” which not only features his blog but also offers videos, guidebooks, custom tours, stock footage, and trip planning services. 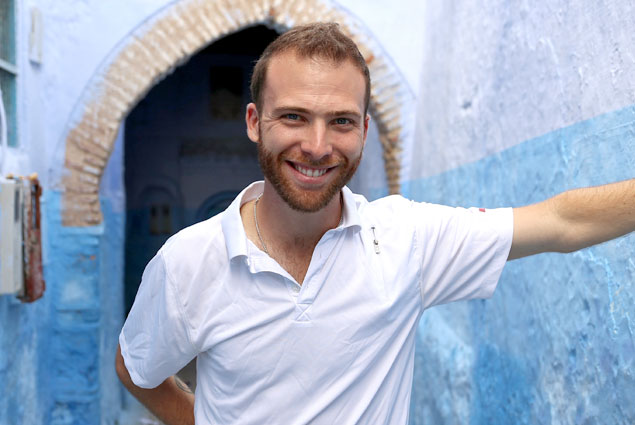 “Besides the practical information I publish in my Kindle guidebooks,” David says, “I think video really helps a destination come alive.” To date, he has released more than 1,500 travel episodes, which give viewers a visual sense of a destination. David promotes independent travel—discovering a locale on one’s own instead of with a cruise or group tour. “With some smart pre-planning, independent travel can be very liberating, especially for solo travelers,” David says.

Although travel has been a part of David’s life since his teen years, it wasn’t until college that the idea of making a career out of exploring the world began to take form. During a trip to Italy to visit family, he learned to travel on his own and discovered that, “the way I felt—struggling to speak the language, tasting different foods, taking trains by myself—was scary and thrilling at the same time.” From then on, he has felt a desire to share his stories and lessons with other travelers.

One piece of advice David says he wishes someone had shared with him before he set off to travel the world is it really takes time to get to know a destination. “A two-week trip to Europe can only skim the surface and cover the major cities,” he says. “To really experience a place, travelers need to dedicate enough time to see surrounding towns, sample the local cuisine, and get a feel for the culture.”

However, David knows many people don’t have the luxury of taking an extended amount of time to travel, so he instead recommends focusing on the things you really love. “Vacations shouldn’t be about quantity but rather about valuable experiences,” he says. “If you love food dedicate 10 days to Basque country, or plant yourself in Barcelona if you love art.” He also recommends opting to walk instead of taking public transportation, asking locals where to find the best restaurants, and taking some time to study the map and understand your surroundings—all things that will help people become smarter travelers.

David has had the opportunity to meet dozens of professional tour operators and guides during his travels. Without their help, expertise, and patience, he says his trips would not have been successful. These individuals are dedicated to teaching others about their countries and committed to advancing their tourism industries, and David has teamed up with a select few for his new custom tours. “I know first-hand how they can make a destination come alive,” he says. “My new tours will give others the same opportunities I had.”

As far as where to travel, David says he’s noticed Eastern European travel is picking up, with people planning trips to places such as Moldova, Bulgaria, Albania, and Bosnia. Local tourism boards have invested time and money to help make it easier for Americans to travel to these places, and a strong euro means a favorable exchange rate for US travelers.

On David’s list of must-visit places, he says Africa is definitely at the top. “There are 56 countries in Africa, and I’ve only seen four,” he says. “I can’t get enough of Africa’s great open spaces!” David’s travel wish list for Africa includes the great migration in Tanzania’s Serengeti National Park, the pyramids of Giza, Namibia’s Skeleton Coast, Victoria Falls, and cage diving with the great whites in South Africa.

One of his most memorable travel experiences so far, he says, was being just feet away from mountain gorillas in Rwanda. Although David says it was fascinating to learn about the gorillas’ family dynamics, how they communicate, and how they’ve been habituated to humans, “to actually get to spend an hour with them up close and personal is a feeling I can’t really describe.” It’s an experience he says he wants everyone to have.

Also high on his recommendations list is Santorini, Greece. Especially suited to couples and luxury travelers, David praises the island’s “ancient ruins, private beaches, stunning scenery, world-class cuisine, wine tours, and some of the best sunsets in the world.” Although he says Santorini isn’t a budget-friendly destination, it’s “simply magical.”

People often inquire about what to see and do in Guatemala, especially about the Mayan ruins, David says. He warns travelers against making plans to go to Fez, Morocco, because of an abundance of scam artists. “You can’t get too far in Fez without being harassed and, until the local government does something to fix the situation, I’m steering clear,” he says.

“Traveling is important because it opens up your eyes to different culture, gastronomy, and scenery,” David says, adding, “traveling changes people to the core, which is why so many of us catch the travel bug and never look back.” He recalls the phrase “Travel is the only thing you buy that makes you richer” and says he agrees 100 percent. “Besides education, it’s the best investment you can make to better yourself.”