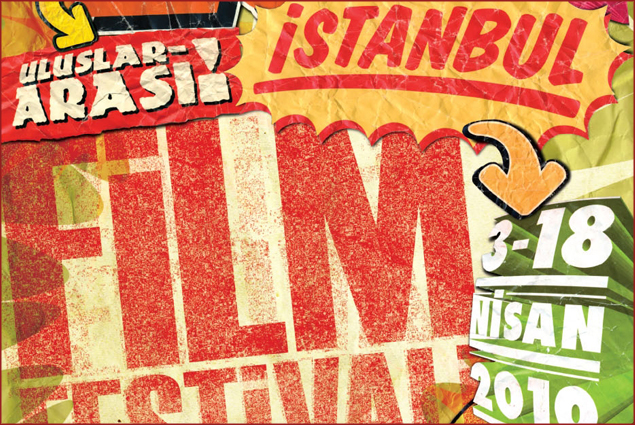 Unroll the red carpet and butter your movie popcorn, Jetsetters! This week marks the 29th year of the International İstanbul Film Festival, and it’s attracting a larger crowd of global filmmakers, artists, world travelers and cinephiles than ever. Last year the international film fest drew an audience of 162,000. With more than 200 films in 23 categories and screenings of new features and classic films, this year is poised to be even bigger than the last. It’s a carnival of cinema madness, and Jetset Extra can help you pick the hottest tickets. 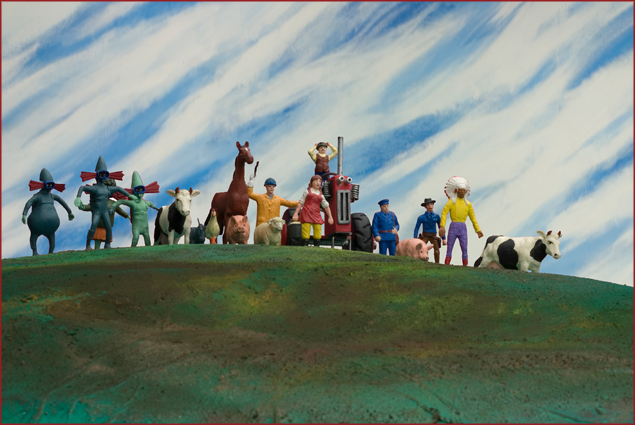 The festival’s program is divided into cleverly themed segments. Wanna get intimate with İstanbul? In honor of İstanbul’s designation as the Cultural Capital of Europe 2010, the Festival includes an extraordinary selection of Turkish and foreign films that are about, from, or set in İstanbul, including the cult erotic-thriller Vampyros Lesbos (that’s right—Vampire Lesbians). Looking for a pick-me up? Get your kicks with the films in the “Antidepressant” category, where you’ll find everything from Drew Barrymore’s girl-power-skate-stravaganza Whip It, to papier-mâché animals on an absurd adventure (A Town Called Panic), to an acclaimed comedic look at the inner workings of the UK and the US governments (In the Loop). 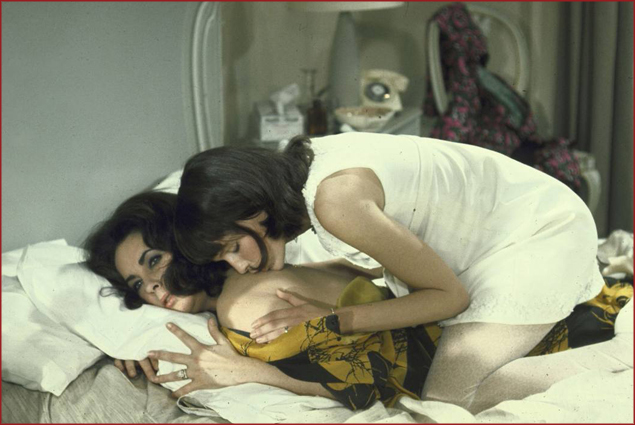 Craving creative genius? Queue up for the “Joseph Losey: Class and Power” program. The brilliant American director’s films about social and economic class tensions, like The Servant, Secret Ceremony and The Go-Between, provide eye-candy for old-school filmmaking fans. Want to find the next big thing? “Young Masters” consists of the work of young directors who received critical acclaim, audience appreciation, and awards at other festivals for their debut or second features. 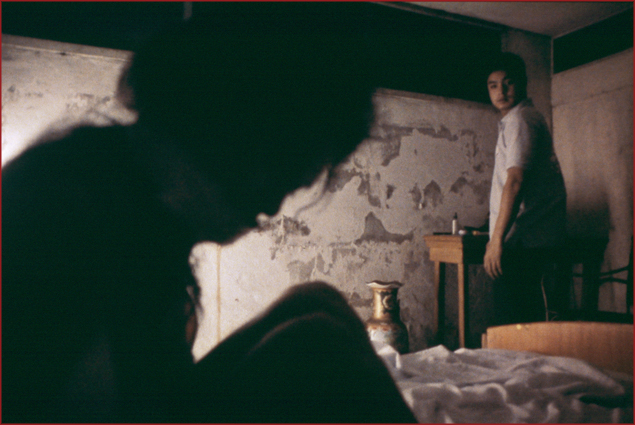 The “Mined Zone” is the program of choice if you’re looking for something ground-breaking. A feast of international submissions, Mind Zone includes Iranian Shirin Neshat’s Women Without Men, which depicts four women in 1953 when a CIA-backed coup reinstalled the Shah into power, Yorgos Lanthimos’s Dog Tooth, one of the most violently shocking and provocative films to come from Greece, and Filipino director Brillante Mendoza’s Kinatay, which won Best Director at Cannes. These films challenge the mindset of mainstream media.

The must-see screening of the festival is The Girl with the Dragon Tattoo. Based on the bestselling novel by Swedish writer Stieg Larsson (think 21 million copies sold), it’s the story of a disgraced journalist and a tattooed computer hacker who investigate disappearance of a woman forty years ago and find themselves in danger when they link the case to a number of grotesque murders. More than 2.5 million people in Sweden, Denmark, Norway, and Finland have seen the film and only in recent weeks has Girl been released in the U.K., the United States, and now here in Turkey. 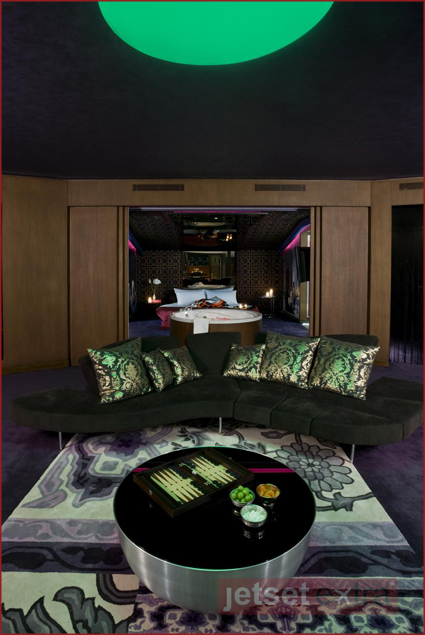 Where to Stay And Play
When you aren’t scoping out the silver screen you’ll need a place to rest your head. Hang your hat at İstanbul’s luxurious W Hotel. Open since 2008, the W Istanbul is nestled among the gilded domes and minarets, and is the centerpiece of the Ottoman Row Houses, one of the most significant renovation projects ever completed and opened for public use in Turkey. The historical Row was constructed by Sultan Abdulaziz in the l870’s to house workers of the Dolmabahce Palace, a symbol of the magnificence and decadence of the 19th century Ottoman Empire. Now it’s where old world romance meets haute couture. Located in the Besiktas district, known for its destination restaurants, bars and cafes, the W Istanbul is close to the Bosphorus Strait and Nisantasi, the SoHo of Istanbul. The hotel is also a short drive to the Old City and the Blue Mosque. As for luxury amenities—with 136 luxurious guest rooms, including 29 suites, W Lounge and Kitchen restaurant, and a signature spa, at the W Istanbul you’ll have it all at your fingertips. 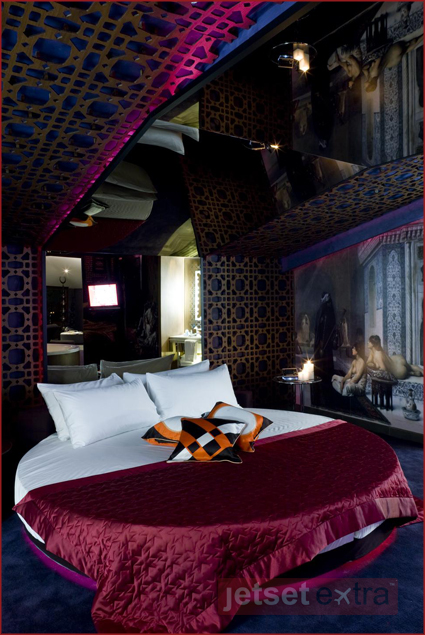 Make time for a meal at Al Jamal Badawi Restaurant, where you’ll experiencing belly dancing performances and superb Middle Eastern-style food. Popular among locals, and located a short walk from the W Hotel, Al Jamal Badawi brings Topkapi Palace Harem style to life with sumptuous fabrics and colorful glass lanterns and tiles. Dinner starts with dozens of small dishes, from Turkey, Middle East and North Africa, followed by main courses of meat and rice served on copper plates. Dessert includes baklavas and milk puddings, some served up in fez-like containers. Before you go, squeeze in a bite of Turkish delight. Select from long sticks of Turkish delight displayed in a glass jar and served on a trolley. The gloved waiter cuts your choices into pieces for you with silver scissors. 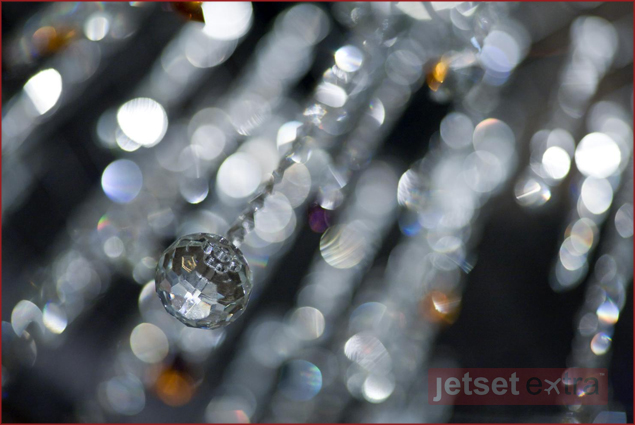 Let İstanbul reveal her secrets onscreen and in the streets. The International İstanbul Film Festival takes place now through April 18th. Or start planning your next Turkish adventure now in anticipation of the festival’s triumphant 30th year in 2011.