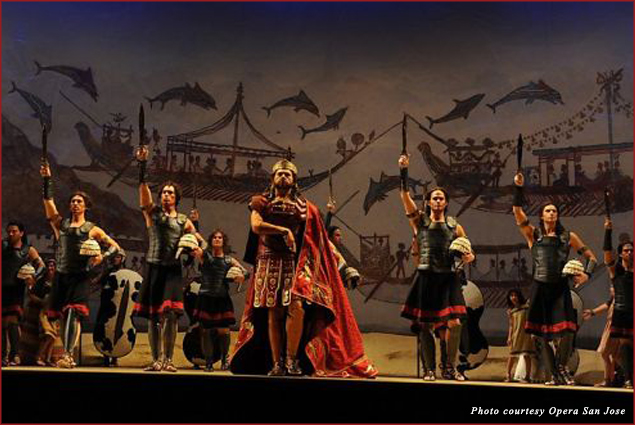 Mozart’s Idomeneo, re di Creta ossia Ilia e Idamante (libretto by Giambattista Varesco) is not only the masterpiece of a musical genius but also a drama-filled episode of that endless soap opera of antiquity known as Greek mythology. Personal heartbreaks, confused relations, and split loyalties abound within the dysfunctional families of ancient kings, gods, and titans.

The mythical king of Crete Idomeneo faces some tough choices at the end of the Trojan War. He might lose his life, his son, or his crown. (What would you do?)

Other characters struggle with their own demons – love for the enemy combatant and betrayal of the fallen (Ilia, the daughter of Priam, the king of Troy); love for the POW and betrayal of his allies (Idamante, the son of Idomeneo who ruled Crete while his father was fighting on the side of Greece against the Trojans); and jealousy (Electra – a refugee from Argos with a family history of matricide and other “cides” to run from).

There is also a sea monster devouring thousands of innocent Cretans in lieu of Idomeneo sacrificing his son to Neptune, which he promised in order to spare his own life… 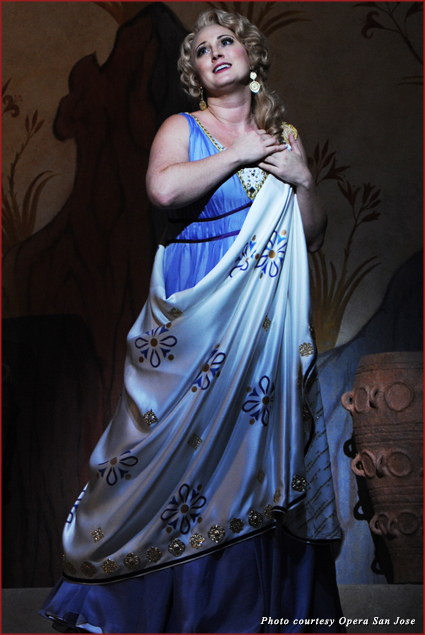 Conducted by George Cleve, and stage-directed by Brad Dalton, Idomeneo: King of Crete at Opera San Jose features some resident company artists and some former members and guests. 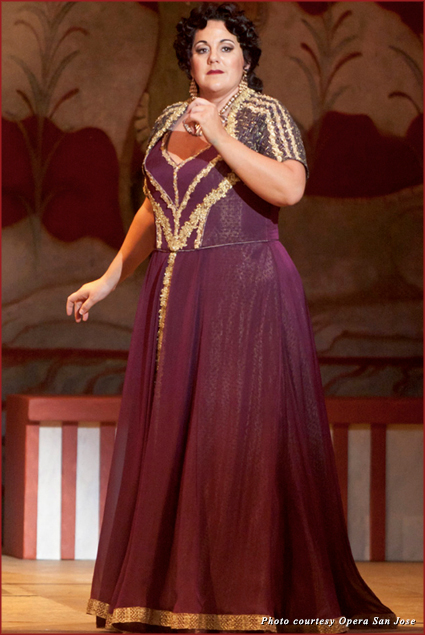 On the night I saw the performance, Christopher Bengochea was very impressive in the title role, flanked by two OSJ stars: Rebecca Davis as Ilia and Christina Major as Electra. Aaron Blake performed Idamante. Dennis Nahat, the artistic director of Ballet San Jose, choreographed beautiful dance numbers with his company members. Set designer Steven C. Kemp magically transformed the stage into red-clayed Crete with its palaces and its raging waters. Costume designer Johann Stegmeir, wig and makeup designer Jeanna Parham, and lighting designer Christopher Ostrom brought to life the faces and myths of 1200 BC in a harmonious and concerted effort with the well-attuned cast.