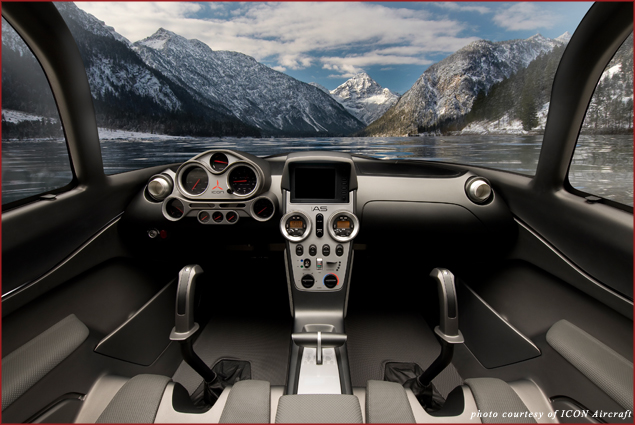 A few weeks ago I had the chance to take a seat in what some are calling, “The best thing to happen in aviation in decades.” Yes, I got to sit in the ICON, a private flying vehicle that looks like something from a James Bond movie. It is not an airplane, but a Light Sport Aircraft, which means that you don’t have to have a full-on pilot’s license to fly this crazy machine.

The event was a who’s who of the aviation industry. There, sharing stories and talking shop, were Philip Condit, the past Chairman and Chief Executive Officer of Boeing, and Joel Peterson the Chairman of the Board at JetBlue. 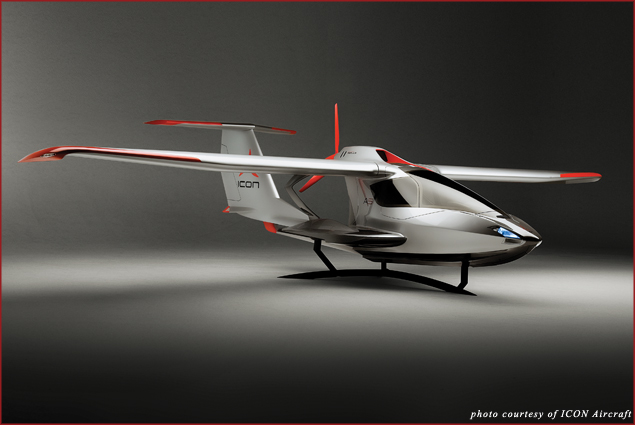 The event was the culmination of changes that started years ago at the FAA (Federal Aviation Administration). In 2004, the FAA dramatically changed some serious regulations and created the new Light Sport Aircraft category, which opened up the skies to new types of flying vehicles. That’s where ICON comes in. ICON Aircraft’s sole purpose is: To bring the freedom, excitement, and adventure of flying to all who have dreamed of flight. That includes you – if you have an extra $140k hanging around. Just this year, ICON Aircraft has released the first in its line of sport aircrafts, the ICON A5. I guess A1 was already taken. 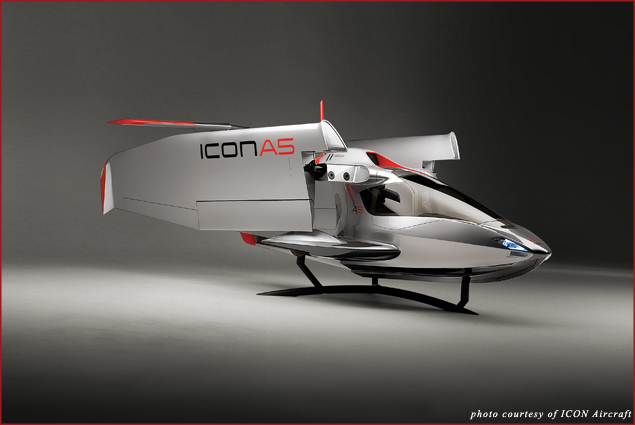 With these new, leaner FAA rules locked and loaded, ICON believes that consumer-focused sport aircraft can do for recreational flying what Jet Skis did for boating. Ironically, if you ask sailors how they feel about Jet Skis, the answer is not necessarily a positive one. But, I do have to admit that the ICON looks quite impressive. It can take off and land both on land and in water, and the wings are retractable so you can store it in your garage, right next to your Hummer.

The folks in marketing say “ICON’s sport aircraft is not only designed to deliver an amazing and safe flying experience, but also to inspire us the way great sports cars do.” Based on my personal experience, there are quite a few people I would not trust behind the wheel of a super-fast Maserati. So, I looked into what it takes to actually fly one of these bad boys, and, thankfully, you can’t just show up at a dealership and fly away with an ICON. Based on the FAA’s Sport Pilot certificate, here is what you need to accomplish before you can take off:

Before a trainee can start the solo phase of flight training, a Student Sport Pilot Certificate must be issued by the Federal Aviation Administration (FAA). These may be obtained from an FAA Flight Standards District Office or FAA Designated Pilot Examiner.

To qualify for the Sport pilot certificate, an applicant must:

The restrictions placed on a Pilot exercising the privileges of a Sport pilot certificate are:

Whew, I was a bit worried there for a minute. Heaven forbid that any Tom, Dick, or Harry could start one of these ICONs up and take it for a pleasure flight. Luckily, there are no beer holders in the aircraft either. 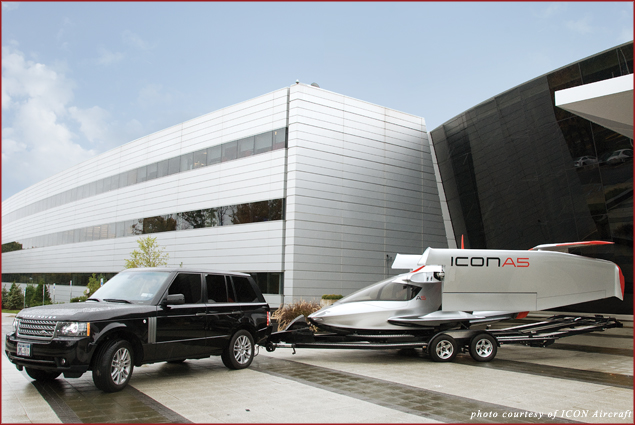 I tried to get a hold of my friend Richard Branson to ask him what he thought about the ICON, but he was out on his private island bobbing around in his new Necker Nymph, which is kind of like the underwater version of the ICON, without the possibility of a crash and burn on land. I admit, the ICON is sexy. As someone who has learned how to fly airplanes, I trust that the barriers to entry are steep enough that it’s going to stop a lot of rich fools from buying one just to tool around in and impress their friends. Flying is a serious sport and ICON looks like a serious player in a new class of aircrafts that could change the way we think about commuting, playing, flying, and traveling. But for now, I’ll stick to flying in real airplanes and sailing in boats. That is, unless the founder, Kirk Hawkins, wants to take me for a ride and show me how well he can fly his ICON.

If you want to check out the ICON, visit their website.