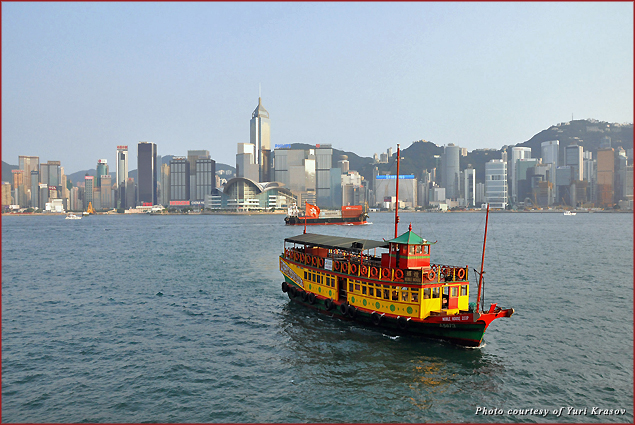 For a spoiled Californian softened by the temperate climate of San Francisco, Hong Kong can be too hot and humid, but it’s also cool, just like the City by the Bay. Behold a slow yellow boat cruising Victoria Harbour between Wan Chai and Kowloon, as bright as a flower against a hazy backdrop of Hong Kong hills and man-made structures. 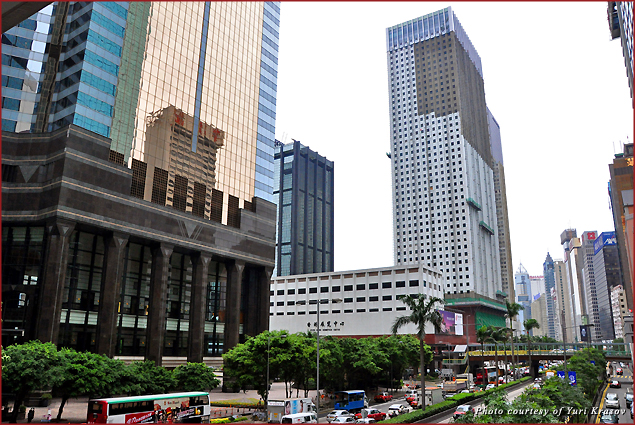 The mirror-walled skyscrapers and high-rises create the most gorgeous cement jungle in the world, interspersed with public parks, ancient temples, and urban playgrounds. In the city of banks, international brands, and grand hotels, the governing system is conducive to economic prosperity, market competition, and bustling trade. 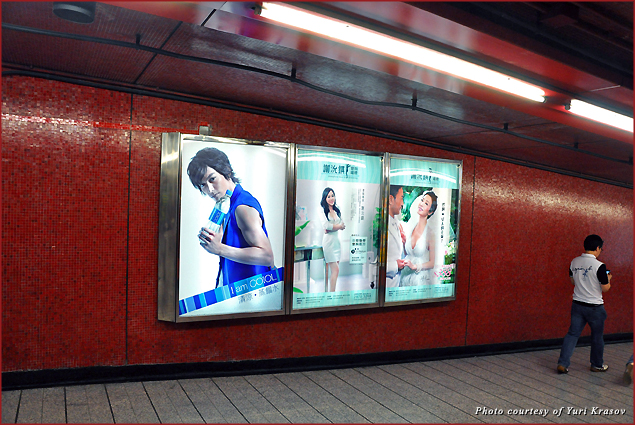 “I am cool,” says a subway ad for bottled water, and you can’t help but feel how cool the most-visited city of Asia is, with its enormous crowds, mighty traffic, and busy streets.

The rules of the road are reinforced in the form of gentle reminders in Cantonese and English that appear right under your foot as you’re ready to step into traffic: Look Left, or Look Right, so you won’t get killed by a speeding bicyclist or a double-decker bus. 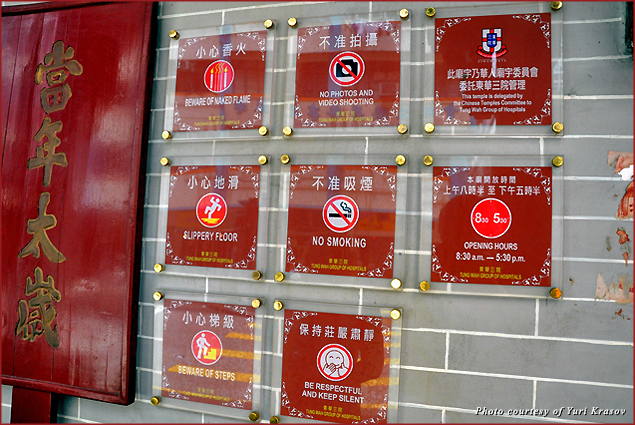 Tourists are encouraged to follow the rules everywhere. A wall of Man Mo Temple on Hollywood Road bears several well-executed signs in red and gold, prohibiting smoking and photography, and warning about slippery floors, steps, and open flame.

One of the oldest historic buildings in Hong Kong is the Old Wan Chai Post Office on Queen’s Road. It opened in 1915 and stayed in operation until 1992, and currently serves as a resource center for the Environmental Protection Department. 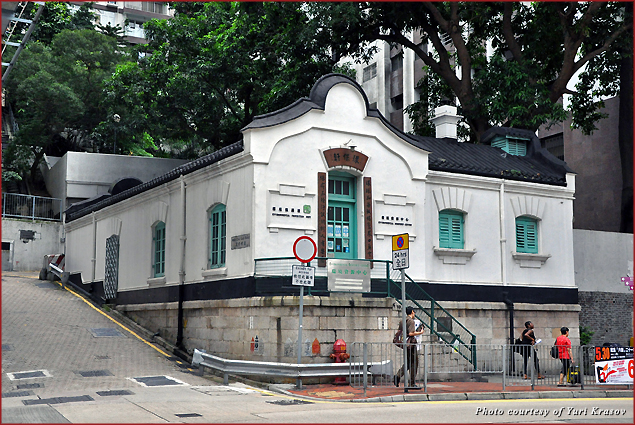 This small white building with modest architectural detailing wraps around the street corner and climbs up along the steep street, losing its first floor on the incline.
On the back of the L-shaped structure, there is a staircase, a serene garden with a bench, and more architectural details.

As a declared monument, the building is supplemented with a graphic sign, featuring an unshaven mug behind bars and the bold and underlined words, “No pissing, no spitting is allowed.” 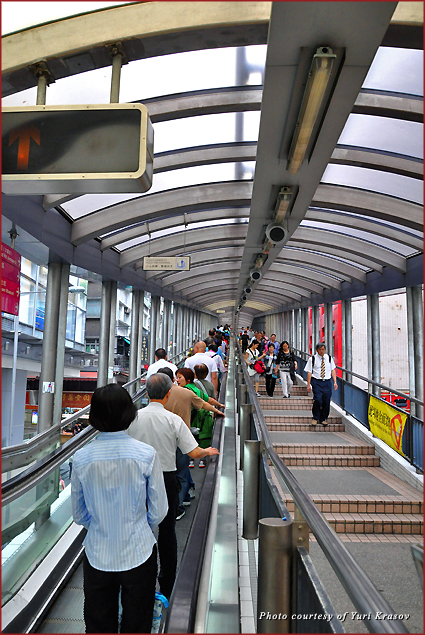 The coolest and longest escalator in the world at 2,624 feet, eight inches, the Midlevel Escalator runs through the city as if through a giant shopping mall in the north-south direction, passing the cool hangout district of SoHo with European restaurants, bars, and art galleries. 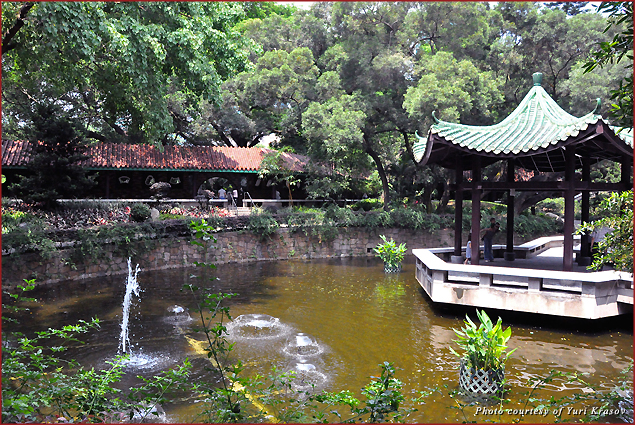 Across Victoria Harbour, in Kowloon, one of the coolest places is the Walled City Park, with trees and ponds, fountains and pagodas, a sculpture garden, an aviary, and a banyan grove.

The big hotels overlooking the water are always welcoming for a short stop at a bar or lounge for a needed cool-down and refreshment. Elegant tea service is appreciated by tourists and locals alike. 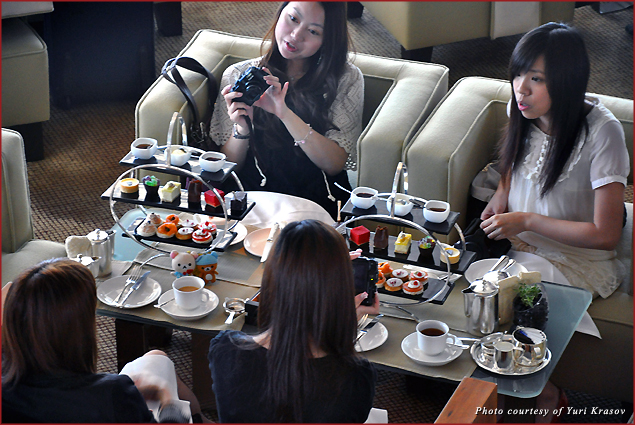 After a day of exploring, a not-to-be-missed adventure is taking a vertical tram to the Peak Tower Sky Terrace. It offers the most amazing views of Victoria Harbour just in time for the nightly Symphony of Lights, the world’s largest permanent light and music show, which plays out on the walls of more than 40 of the tallest buildings on both sides of the harbor. 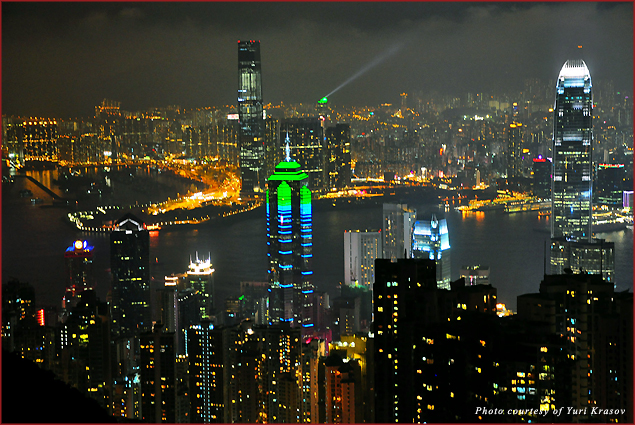 From sea level, the show is best observed from Tsim Sha Tsui Promenade in Kowloon, on the southernmost tip of the peninsula.

When leaving Hong Kong, expect some more surprises at the Chek Lap Kok International Airport, built in 1998 on Lantau Island. A cool metallic sculpture that looks like a giant drop of mercury is found in the departure area.

Plan your visit to Hong Kong with the Hong Kong Tourism Board. 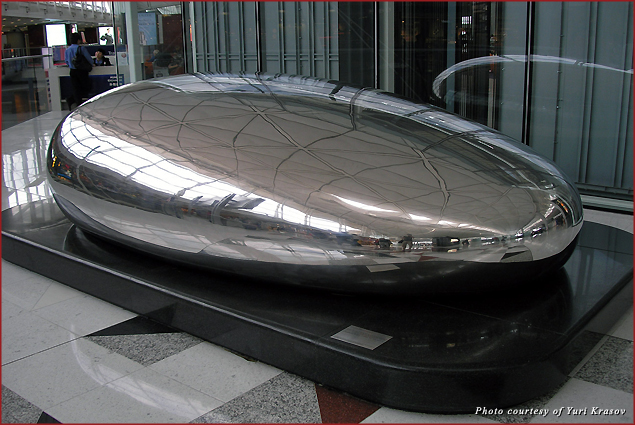