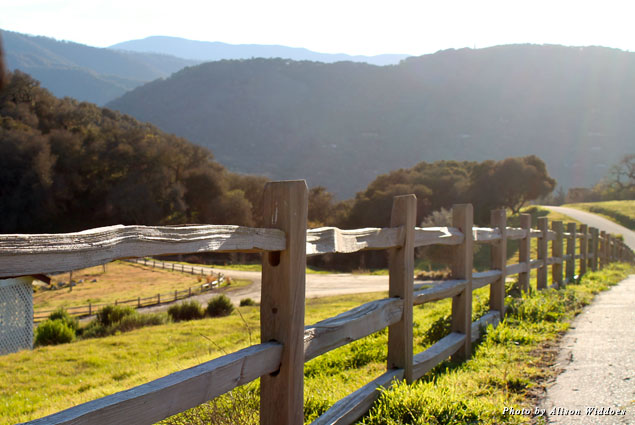 Picture yourself in a quiet, countryside getaway with an old, carriage-style hacienda house on a hill and views till the cows come home. Well, technically, the cows are already home given this is a ranch—but you get the drift. 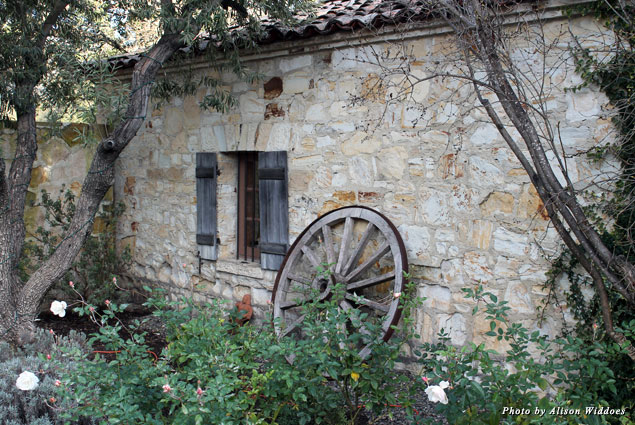 Nestled atop the hills of Carmel Valley, this is a hidden destination you’d never find unless directed. Most guests experience Holman Ranch via weddings, as Holman hosts approximately 75 weddings per year. The ranch also hosts corporate events with notable clients such as Microsoft. 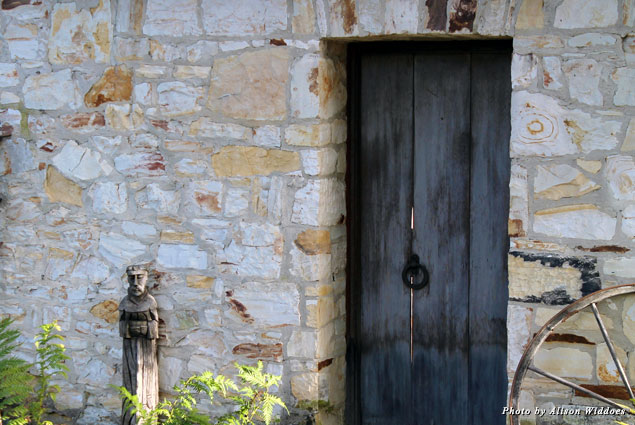 Holman Ranch dates back to 1928 and features a restored Spanish hacienda, horse stables, an outdoor pool, and a vineyard spread across several acres of breathtaking land. 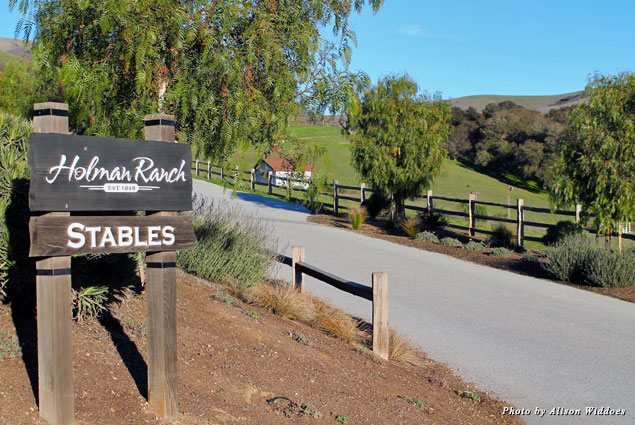 As you approach Holman Ranch and come up the long driveway, you might notice cows grazing or deer roaming. A ranch-hand told us two cows in particular like to stick together so they named them Rocky and June. It’s clear Holman Ranch not only takes good care of its animals, but also takes care in the names it gives them. From cows to deer to ducks, there is life everywhere. Holman Ranch is even home to native magpies. It seems as if everywhere you look love is in the air, no matter what species you are.

Luckily, my first tour of Holman Ranch was detailed and thorough, and I came to know the grounds and owners Hunter and Nick Lowder. The grounds are full of personal touches, be they carefully selected statues or horseshoes in the shape of hearts. 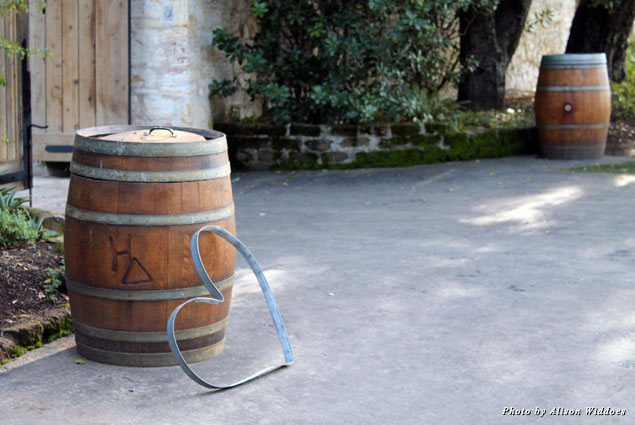 Atop the hill there is a large carriage house with wooden doors; a stone path leads up to the vista point where many couples say their vows. The carriage house is now a chapel and a dining room. 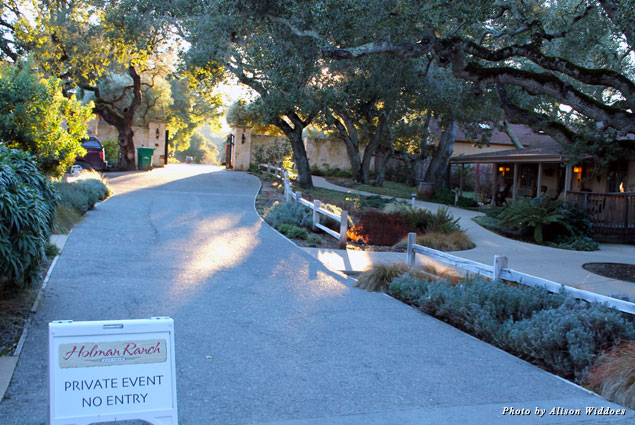 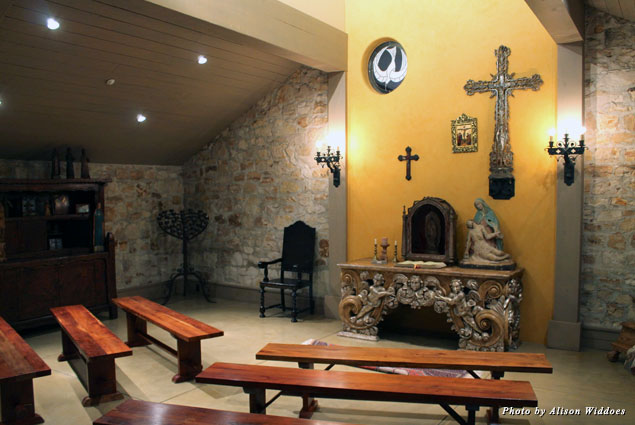 The vista point here is quite remarkable—and definitely earns its place on Holman’s homepage. Sweeping views of the valley can be seen, and it’s quite serene. 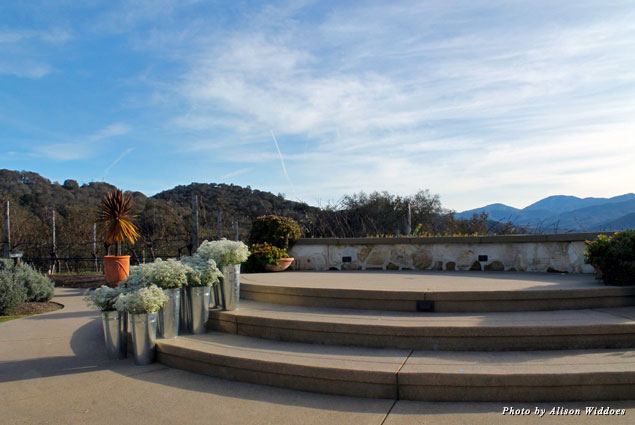 Inside the carriage house is a warmly decorated room with handpicked décor full of class and elegance. The walls inside of the house are lined with photos of Hollywood visitors from days gone by, including the likes of Charlie Chaplin, who visited often. It seems everywhere you look on the property there are beautiful details.

A small, outdoor pool is nestled farther down the hill, and a few ducks swam leisurely in it as we passed by. Apparently this is the oldest outdoor pool in Carmel Valley, and it was one of the first outdoor pools to host famous Hollywood guests looking for a getaway.

Managing director Nick Lowder showed us around the wine room with a very down-to-earth and unassuming nature. He told us about how he and his wife Hunter bought the place from the previous owners in 2006 and spent a full year renovating it feverishly until it re-opened just in time for its first wedding under the new ownership in 2007.

When it comes to weddings, Holman Ranch is different in that it allows you to customize your big day. At Holman, you simply buy the venue and then bring in your own vendors, which can end up being more affordable in the end. Even though other venues might seem cheaper at first, it might not be turn out that way if they require you use their catering services and other vendors.

Hunter commented about how unconventional she’s seen weddings becoming in recent years. This current generation seems to want “something different” and often forgo conventional ideas. What’s great about Holman Ranch is it is very flexible—particularly when it comes to food. In fact, the owners have even allowed food trucks. It turned out those came with some complications, though, as the food truck from the past weekend’s wedding apparently broke down on its way there. It eventually made it, but then it couldn’t drive out. So it was still there when we arrived, juxtaposed in its blue taco motif against a century-old building. Fish out of water—or taco out of tortilla?

There are some limited rooms on the grounds, but most wedding parties book hotels nearby and are shuttled up to the location.

As if the venue weren’t enough, Holman Ranch also makes its own wine. Pinot noirs are the most notable; National Geographic named the 2010 Hunter’s Cuvée a World’s 10 Best Wines in 2012. We had several glasses of the Hunter’s Cuvée and can attest to its deliciousness. The 2011 Pinot Gris is another wine of note. The grounds are ideal for making Pinot noir, evidently, with the hills and marine layer combined. The owners pride themselves in making the wine organically with no pesticides and allowing all the natural flavors to be reflected. They also make their own olive oil. The wine club currently has about 200 members so is an intimate group. At the entry membership, called “Estate Club,” you’ll receive two shipments per year with six bottles in each shipment (one case total).

After Hunter and Nick bought the ranch, they have never looked back. They even taught themselves how to make their now-award winning wine. It’s a very lucky thing indeed that this couple has found Holman Ranch and ensured its timeless glory lives on.