Have a Nice Day at Bolongo Bay 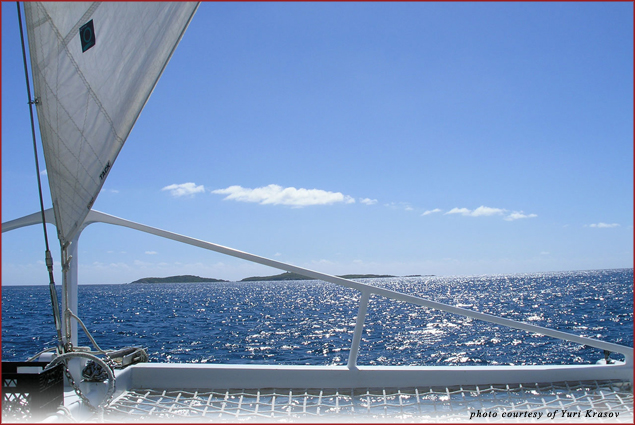 “It’s snowing in Chicago,” said my friend Marina, showing me her iPhone. I looked at the pic sent real time by her daughter who was about to shovel their driveway back home and averted my eyes. The view of the shimmering blue Caribbean in front of me was so much better. We were lounging on a snowy white deck sailing from Bolongo Bay, St. Thomas, toward Buck Island’s Turtle Cove, United States Virgin Islands—yes, ma’am! The life was good. 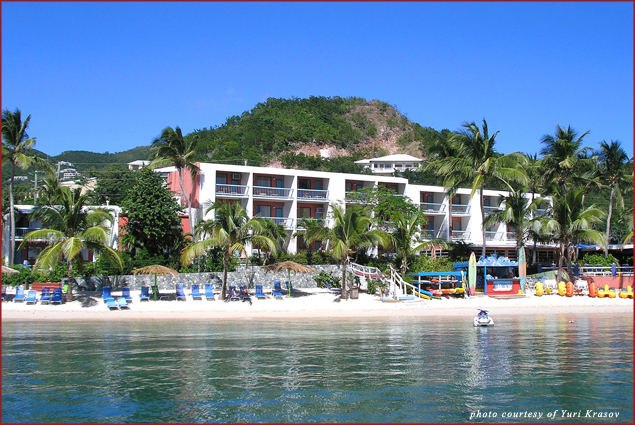 When we were leaving San Francisco for our glorious vacation, it was a record cold night in California, and our friends coming from Chicago were wearing parkas and snow boots. Upon arrival on St. Thomas, we immediately assessed the benefits of island living—eternally warm sea, tax-free shopping, and locally produced cheap and sweet Cruzan rum.

We drove to Bolongo Bay Beach Resort specifically to take a Swim with Turtles cruise on a 53’ Heavenly Days catamaran, but first we had to taste the waters on a sandy palm-lined beach right in front of the cozy 65-room resort. Family-owned for more than 35 years, Bolongo Bay Beach Resort strives to be an all-in-one destination for its guests, with all-inclusive and regular stay plans; two seaside restaurants—fine dining and casual; beach and water sports with free use of equipment; dive shop; nightly live entertainment; and endless possibilities for weddings and honeymoons.

While we were splashing in the calm turquoise lagoon, we watched hotel staff decorating a beach wedding spot with palm fronds and flower garlands, and then a small group of nicely dressed people arrived following a bride and groom. She—barefoot, in a slim white dress, and holding a bouquet of pink and yellow lilies, he—in shorts and a white shirt with rolled up sleeves. 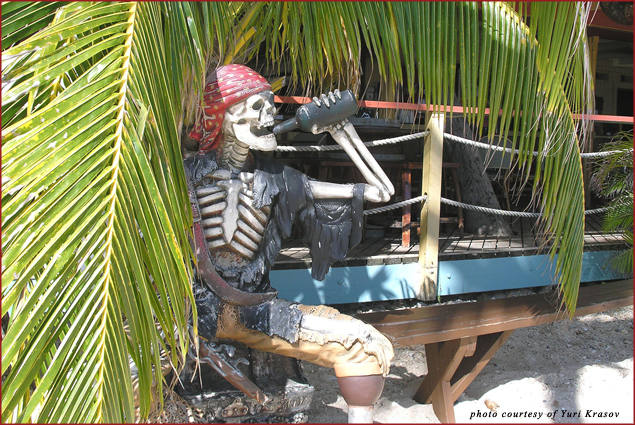 Before the beautiful ceremony was over, we headed to Iggie’s Beach Bar and Grill, now celebrating its 20th anniversary, for some fish sandwiches, Cruzan rum cocktails, and local Blackbeard beer, named after an [in]famous pirate of the Caribbean—one of many making their own history in this tropical paradise. Then it was time to embark on our half-day snorkeling trip aboard the award-winning catamaran, owned by the resort and offered to the guests at no additional charge. 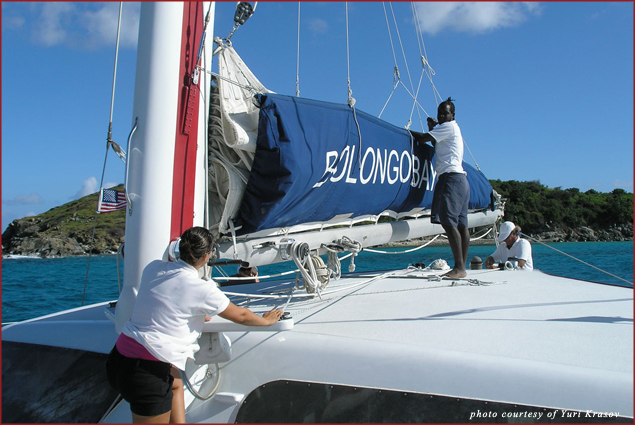 First, we were offered fruit juices and water, and promised some rum punch and snacks “after snorkeling.” Then Captain Peter gave us a safety briefing, and a lively crew of Theo and Jocelyn started putting up sails. Off we went, happy as clams, basking in the sun, wishing our smooth ride in deep blue waters with sugary caps would last forever…

Shortly, we were putting on our fins, masks, and snorkels, and following Jocelyn on a guided tour to the protected anchorage. I marveled at the clarity of water—15 feet down below I clearly saw three turtles slowly moving across the sandy bottom. One of them started ascending to the surface for a gulp of air, her round belly shining in the sun-pierced depth of water. Then she rolled back down vertically, like a round silver tray. Another one followed suit, gracefully moving her fins in a bird wing-like motion. Up, take some air, and down again.

We moved closer to the Buck Island shore, along a shallow coral reef, where orange, yellow, and purple “trees” were surrounded by schools and nurseries of tiny fish—blue, purple, yellow, and half-purple/half-yellow. I turned around and found myself in a flock of yellowtail snappers—hefty locals who often end up on restaurant plates. A solitary box fish, all square and spotted, swam by, then a bunch of parrot fish arrived, a heavenly blue and green, with orange streaks of color, and started nibbling on sea grass covering the rocks. Then we heard Captain Peter’s conch shell song, a signal for us to get back on the boat. That was timely—a prolonged water excursion started to send chills up my arms. What a pleasure it was to get back on the sunlit deck for some rum punch-infused sunbathing!

On the shore, we had just enough time before a weekly Cruzan Carnival Extravaganza began in front of Iggie’s Bar. Live music, dancing, makeshift birthday celebrations, fun couple contests, and a local art fair were all a part of the festivities. A professional stilt walker directed teams of dancers from the audience to follow her mind-boggling equilibristic, and then a fire walker wowed the crowed with his electrifying dance on flaming glass shards. 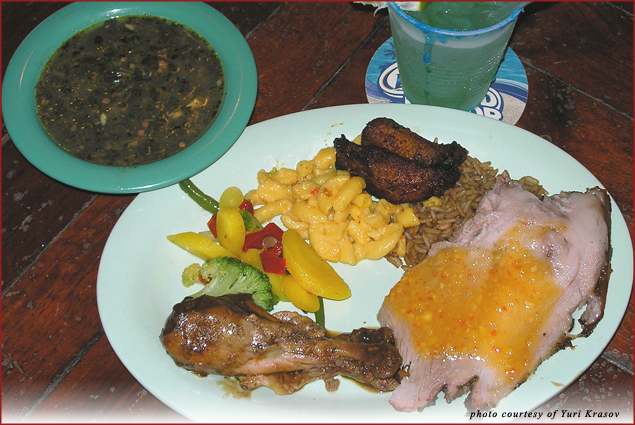