Harvest Time at SFMOMA From Modern Photography to Modern Wine 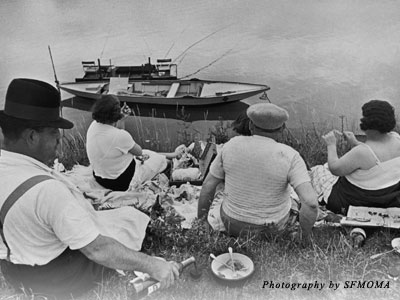 Random street encounters and moments of human interaction depicted in 300 prints from the artist’s fruitful years 1932-1973 resemble neo-realistic film stills, well-directed and rehearsed as if the entire world dropped everything to pose for Cartier-Bresson.

The majority of the images reflect his intense exploration of the ever-changing modern world presented in one or another “decisive moment” caught by his magic lens with equal precision on the streets of Paris and in far away lands.

A self-educated genius, a fearless adventurer and a tireless world traveler, this invisible observer, synonymous with photography itself, brings to life (and to Life) the East and the West; post-war France in the 1940s; India and Indonesia and their independence in 1948; Gandhi’s funeral; the Soviet Union after Stalin’s death in 1953; Mao’s Great Leap Forward in 1958, and America’s collective portrait through the years, faces, and places. 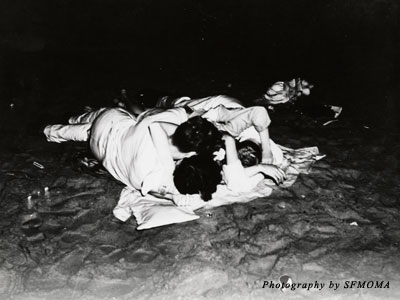 “Exposed: Voyeurism, Surveillance and the Camera Since 1870” is another exhibition organized by the San Francisco Museum of Modern Art and the Tate Modern. It’s marketed as “a major survey that examines photography’s role in invasive looking,” and “explores provocative intersections of photography and voyeurism,” including but not limited to “sexually explicit pictures… celebrity stalking; photographs of death and violence… surveillance [like an unedited tape from an SM club]… sexuality and pornography.” Works of art by Henri Cartier-Bresson, Walker Evans, Lee Miller, Paul Strand, Robert Frank, etc. are interspersed with gratuitous amateur shots; archival photos produced by war correspondents, police reporters, spies, and government agencies; and paparazzi steals originally intended for a short yet profitable tabloid life. 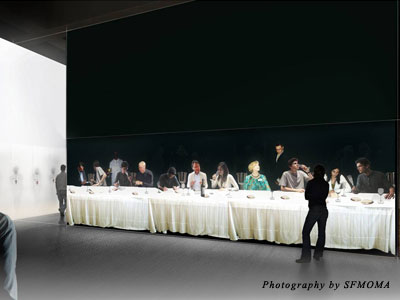 “How Wine Became Modern” is a pioneering exhibition exploring wine paraphernalia; the way wine production influences consumers and culture in general, and wine label, wine glass, and winery designs among other wine-related themes. From house paint color-coding to a special lingo describing its nuanced flavors, wine manifests itself in unexpected places and representations, claiming more and more attention, reverence and acceptance from the society.

The allure of mood-enhancing beverage – a condiment to food on one hand, and a singular enticing experience on the other, continues to create wine lovers’ clubs, outings, and gatherings, seriously engaged in trade discussions on soil, climate, technology, and distribution.