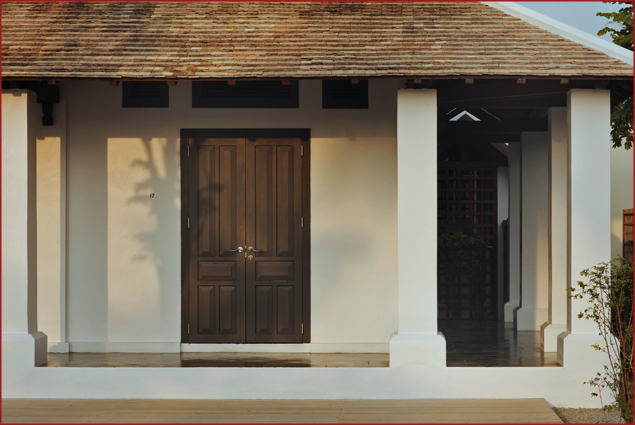 Ok, so the trendy set had said that Luang Prabang was so two years ago. Well, I hadn’t been there yet. I was on a Southeast Asian sojourn and I had tagged this tiny former royal capital of Laos as a must see.

I booked in at the brand new Alila property, which had opened just five weeks before I walked through its graceful entrance into a sublime sense of sanctuary. I was met by scurrying staff, eager to help me with each and every bag I had (I only had my trusty Tumi carry on, but a few shopping bags had accumulated along the way).

The hotel’s general manager Karin van Zyl was among the ones that welcomed me personally. Karin is divine. She’s the kind of woman who seamlessly runs the show and commands respect from her staff, but allows for a graceful ease to take over as she artfully steers her ship (ships actually, as she’s also the GM of the boutique hotel, 3 Nagas by Alila, but more on that later). “My team is just so passionate about what they do,” she grinned. “They are just so dedicated.” And they were, every step of the way. 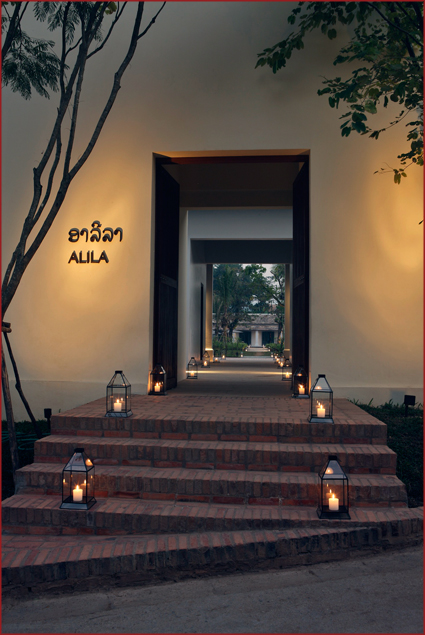 I was whisked away to my spacious pool suite, which showcased a massive four-poster, king-size bed, sleek, cool stonework, flat screen TV, free Wi-Fi, a bathroom big enough to entertain in (note: monsoon-like rain head, and a sunken bathtub), and a giant yard/terrace with multiple lounging areas and a mini lap pool. Did I have to leave?

My first evening I walked the expansive night market; the hotel provided a guide, not for safety but for negotiation. I stocked up on colorful scarves, multiple pairs of harem pants (a staple to wear when visiting temples since knees down must be covered) and tote bags (think Whole Foods grocery bags, but far cooler looking). My shopping escapade ended at 3 Nagas by Alila where I joined Karin for dinner. This darling boutique property is home to the town’s best restaurant and Karin easily navigated us through the menu. We’d start with Nhaem Jeun Jay (veggie spring rolls), Nhaem Phor Krua (deep fried steam rice served with fresh vegetables), Oua Sikhay (stuffed lemongrass stalk with pork) and Phanaeng Ka (shredded chicken in coconut milk and curry). I was amazed by the use of fresh herbs. Tiny springs of mint, dill, coriander and basil accompanied the Nhaem Phor Krua and I layered them on as I arranged the rice on each of my lettuce leaves. I was in baby herb heaven. 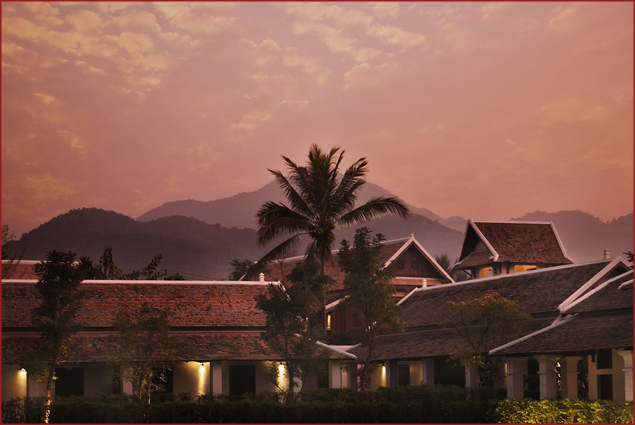 The next morning, I was up before dawn to take part in the traditional “alms gifting.” Each morning, tourists and locals line the main street in Luang Prabang to offer up “alms” to the hundreds of monks that walk single file to gather their breakfast and lunch (monks don’t eat after midday). I found out that many local women get up early to cook for the monks. I sat on a mat, barefoot with knees folded, next to a trio of women from Mexico City and doled out sticky rice from a basket. The women and I chatted in Spanish about how charming the town was and the conversation quickly moved to Mexico, to Paris, to London. For a tiny town, the mix of expats and tourists was intriguing.

Later that morning, Karin set me up with a fab guide (a former monk actually) and I temple hopped my way around town. My advice: don’t rush. Spend time. Ponder. Pray. Meditate. This is what these temples are for, so embrace the spirituality and serenity. Novice monks peppered the monasteries. Older monks gave authenticity to their surroundings. The everyday life of the monk is around you…they ride the tuk tuks. They walk with umbrellas to shield the sun. I even found some buying a baguette sandwich (note: monks don’t really have money to spend on sandwiches, but one was dolling it out of his knapsack with a few friends. Second note: baguettes in this town are incredible thanks to the French influence and you’ll find Lao women setting up stands layering fresh vegetables and smearing spreads and cured meats on the crispy goodness). The day left me enlightened, balanced (always difficult!) and satiated (hello, baguette!).

I spent the next two hours in the hotel spa (darling wooden house on stilts), where I was kneaded and reflexologized for two and a half hours. The relaxation that ensued cast me into a deep slumber by my private pool. 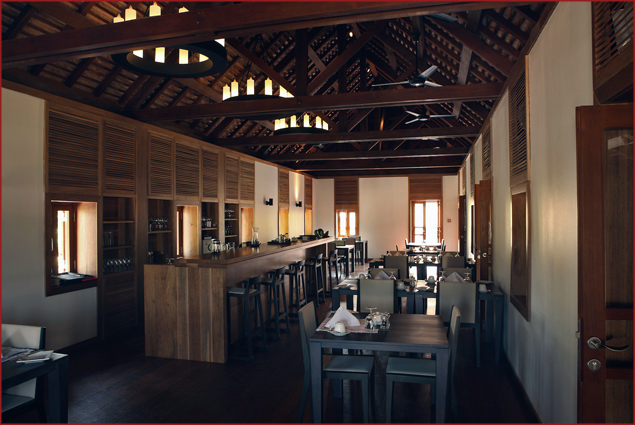 Sebastian, the hotel’s chef prepared dinner for me at the hotel’s restaurant, Kaipen and here I learned about Laaps, which is Laotian for minced. More fresh baby herbs were the accompaniment to my minced duck, which I ate with dark sticky rice (did you know sticky rice is gluten free?), and this was followed by a gorgeous white fish simmered in eggplant paste with lemongrass and shallots, a bouillabaisse of sorts.

The next day I headed to the Royal Palace Museum, which I would suggest doing first to get a good history of the country and the town. Built by the French colonial government for King Sisavangvong between 1904 and 1909 on the foundations of a much older palace building, the former Royal Palace was taken over by the revolutionary government in 1975 and reopened to the public as a national museum on March 13, 1976. The collection of Buddhas is astonishing.

I then went to highly acclaimed Tamarind for lunch which is a chic little spot in front of Vat Nong temple. Monk chatter in the background gives way to the all-encompassing flavors here. I had fragrant lemongrass stuffed with chicken, kaffir lime and coriander and washed it down with a ginger and lemongrass cooler. I was still hungry so added a Lao sausage and some pureed coriander. Sticky rice soaked it all up (hey, it’s gluten free). My meal was the USD equivalent of $4. How is that even possible? I stocked up on Tamarind’s homemade teas, Lao coffee beans and recipe books for gifts.

The opening offer for Alila Luang Prabang starts from $170 USD per night with a minimum of three nights stay, including daily breakfast (valid until 23 December 2010.) After December 23, 2010, starting rates will be from $230 USD per night in 2011. Rates are subject to service and tax.