Get Carried Away by Tango Buenos Aires 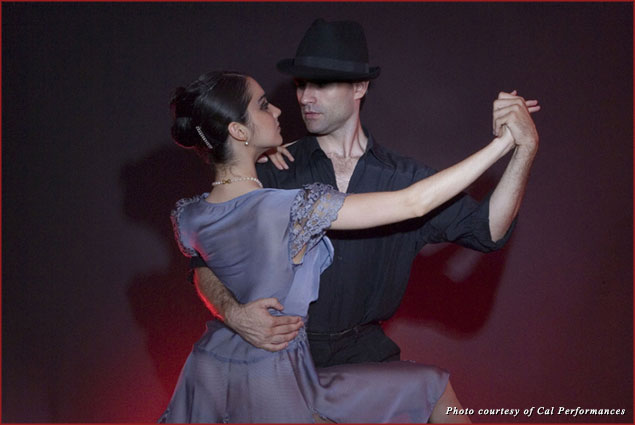 The title of the performance might seem redundant; of all the dance forms known to man, show-don’t-tell fiery passion is the very essence of tango. However, to paraphrase an old French film character, when speaking of love the tritest words sound the truest.

Fire and passion of timeless La Cumparsita opens the show and leads the dancers into a tangle of love, domination, submission, jealousy, fight, revenge – all brought together with perfect precision in sliding, swirling and kicking motion, complete with stare, embrace, push, pull – all the elements of real-life relationship distilled into an art form.

Since its inception in 1986 by composer and tango director Osvaldo Requena, and its first appearance at Cal Performances in 2003, the group became well-known, well-loved, and sought after throughout South America, the United States, New Zealand, Southeast Asia, and China.