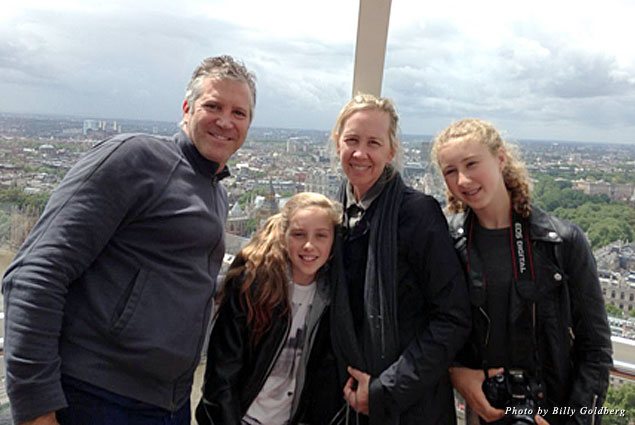 Four and half years ago, my wife and I saw a story about a woman who did not spend $20 bills. Whenever she received one, she saved it. It inspired us to do that in our house with $5 bills. It would be a painless way to save and teach our kids a creative way to achieve a goal. In addition, it would be something we could connect with our kids about as we planned the trip we would take with our savings.

A shoebox was found and a slit cut in the top. The top was taped to the bottom and we had a vessel to house the means by which we would take a great trip. Each year at Thanksgiving, we would count the accumulated $5 bills and deposit them into a separate savings account at the bank. We decided London and Paris would be the beneficiaries of our saved-up greenbacks. After four Thanksgivings, our account had nearly $9,000 in it. By the time we left for the trip, our total was $10,000. Hoarding $5 bills became such a painless way to save, we thought of our trip as being “free.”  We used our accumulated miles and some of our $5 bills and all flew first class to Europe. 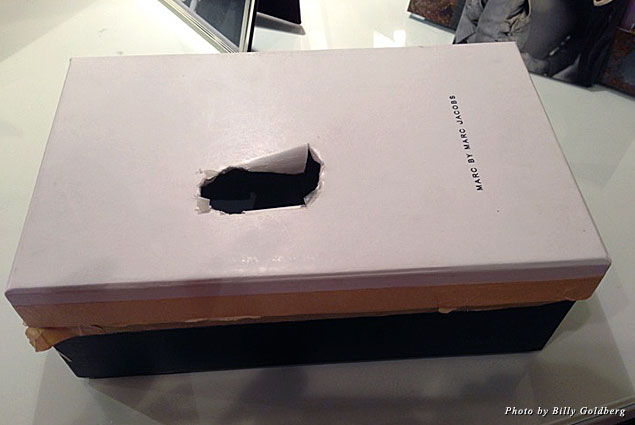 We had been talking about the trip for so long, with everyone contributing their own must dos; it served as a family bonding experience. Given this was my girls’ first European trip most of the initial list was very touristy, but when it came down to it, the girls picked some items that were more personal. My 11-year-old had to have brioche everyday, try French hot chocolate, and go into a phone booth in London. Sophie, the 13-and-a-half year old, had her eyes on some French ballet gear but was ultimately more excited about taking a much-needed break from having a formal schedule. They also had their sights set on hitting Topshop’s flagship store in London. (I allowed this excursion, as they were so excited; I knew it would free me up for a couple hours and I could just arrive for the final viewing and decision-making.)

So, less than 18 hours after school ended we were headed to the Los Angeles International Airport. We stopped in New York, had dinner, and celebrated Molly’s 11th birthday. My wife and I had been building up the amenities received when flying first class to Europe so much, Sophie admitted there was no way it would meet the lofty expectations we had set. That got me anxious the trip would begin with a disappointment and only go downhill from there. Not disappointment or lack of appreciation of how lucky we were to all have quality time together and to be flying to Europe for “free.” Rather, though, that I had mismanaged the expectations game by over-hyping everything.

Our British Airways plane was brand new, and Sophie was not disappointed. After five minutes spent getting ready for the long flight, she asked the flight attendant if we could extend the flight to be longer than scheduled so she could take advantage of all of the entertainment and food options. Her joy and appreciation of this early part of the journey set the tone for the rest of the vacation. 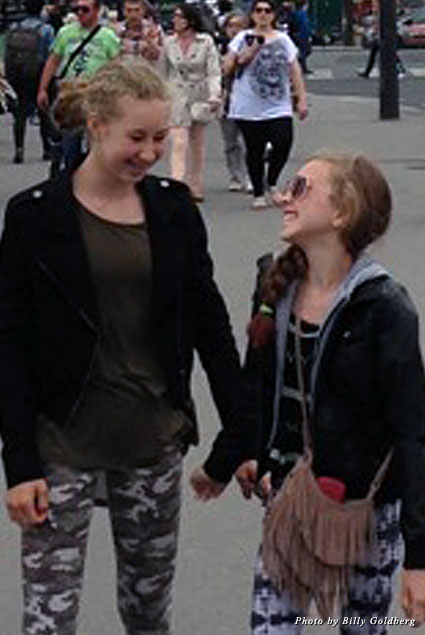 We discovered upon getting to our flat in Paris that, while we thought it would be good to stay in a more residential neighborhood in the 9th arrondissement, we really were out of position to easily get to our destinations. Not a horrible discovery, but it meant for the most part when we left for the day, we likely were not returning.

We walked to Montmartre and had dinner at Le Coq Rico. Whole chickens are their specialty; order your breed, select your preparation and a variety of sides, and dine family style. It was delicious, and the kids liked it (score!). The salad was really good and fresh (there is something about the lettuce in France), the chicken was juicy and tasty, the macaroni and cheese was ridiculous, and the french fries were among the best we’ve had.

We sat at a table in the back next to a French family. My three years of high school French (all forgotten except bonjour and merci) and Sophie’s one year of seventh grade French were not very helpful, but we smiled at each other a lot.

Day One was complete, and we tried to sleep even though our bodies were confused after the long flight. The shoebox was emptied of $5 bills, but it was beginning to fill with memories.

Lessons learned on Day One: