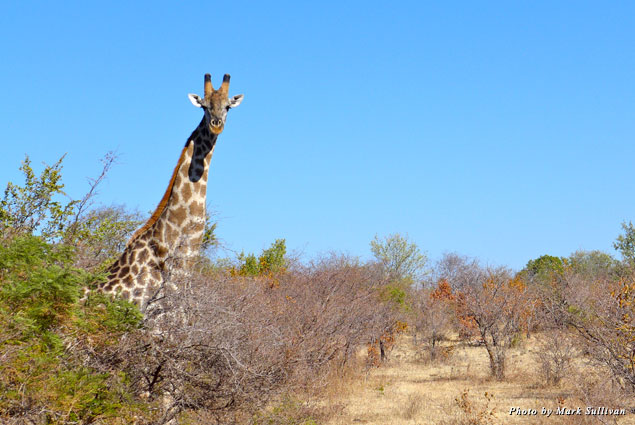 As the author of two bestselling series of international suspense novels, my job requires me to travel all over the world. Taking research trips to cities such as London, Paris, Berlin, or Hong Kong are relatively easy affairs. I decide on a time frame, a level of accommodation, and a desired area within a given city, and then ask a competent travel agent to set it all up.

But traveling to Third World countries is a different game all together, one that takes a certain mindset to survive. Indeed, whenever I’m planning a trip to a less-developed country, especially one I’ve never been to before, I’m as focused on what I want to experience as much as I am tilting the odds in favor of my survival and safe return home. You should, too. Here are five tips that help:

First, do your homework.

Begin with the CIA Factbook, a digest of verifiable information about every country in the world updated annually. The Factbook will give you a critical overview of the political, economic, and cultural climate of the Third World country you’re interested in visiting. When I began planning a trip to Zimbabwe this past summer, for example, the Factbook reminded me of the violence that had plagued the country’s elections. There was an election coming near the time I planned to visit, and I booked my trip so I would be in and out of Victoria Falls long before votes were cast.

You should also check the United States State Department’s website for travel alerts affecting your destination and the World Health Organization website for up-to-date alerts regarding disease outbreaks. Look at the traditional weather patterns around the time you want to travel. Also, check the currency and exchange rate. Identify travel, nutrition, and lodging challenges. And then figure out where you absolutely want to go and what you absolutely want to see.

Once you’ve done your homework, get prepared.

Meet with your doctor, tell him where you’re going, and make sure your immunizations are up to date. If you’re headed to a malarial zone, get a prescription for a prophylactic drug and take it religiously. As a survivor of cerebral malaria, I can’t stress that last one enough. You should also ask for a prescription for a broad-spectrum antibiotic such as Azithromycin, which you can use in case of traveler’s diarrhea or infection.

Assemble your clothes, supplies, and gear defensively. If tainted water could be an issue, for example, pack a portable filter. If you’re going to a particularly buggy area, bring a head net, DEET, and Permethrin, an organic-based insecticide that can be sprayed on clothes, tents, and bedding. Don’t count on electricity or batteries to be readily available in all parts of the Third World. Bring your own batteries as well as a basic medical kit.

I won’t go anywhere now without having my subscription to Global Rescue’s medical and security coverage up to date. If I’m injured or sick, they medevac me. If the country I’m in descends into civil war, they send in a team to get me out. It’s worth every penny.

But what if you’re in a remote part of the Third World, injured and cut off from cell service? I either carry a satellite phone or a SPOT transmitter that can send an SOS message to my wife from anywhere around the globe. 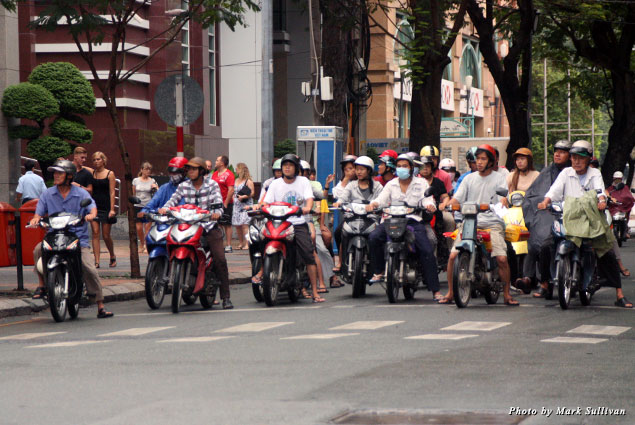 Once you think you’re prepared defensively, consider hiring a guide.

Going on your own with a guidebook and a map has its own rewards, but I find having a personal guide for a few days is helpful in too many ways to count. I usually have an agenda when I arrive in a new place, things I want to do and places and people I want to see, and having a local on my side helps me get all those must-do things done as efficiently as possible. Guides also help with unfamiliar languages. Guides help with Third World soldiers and police. Guides can give you personal insight. They’re also great for company when you’re traveling alone.

Before a recent solo trip to Vietnam, for example, I knew I wanted to see Ho Chi Minh City as well as the Mekong Delta. I was sitting beside a Catholic nun on the flight into old Saigon. The last thing she said to me was, “Trust no one.” In another situation I might have gotten paranoid, but I’d already hired a recommended guide in advance and never had a single problem.

That said I always try to make time and room for serendipity.

Once the guide and I have completed the agenda, I always take time to go off on my own and blunder around in the Third World, letting the universe put people, places, and things in front of me. This is journeying in its purest form and always the most enlightening and enriching. A chance encounter at a noodle shop in Thailand, for example, led me to a tiger sanctuary that became part of a story I was researching. I’d had no plans to have tigers in the book before then. 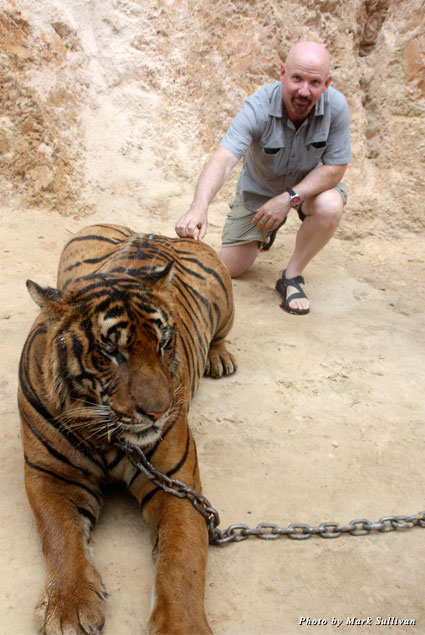 Which takes me to tip number five: Adopt an adventurous spirit.

Being ready to cheerfully blunder around and face the unknown is a plus no matter where you’re traveling, but it is especially true in developing countries. Things are guaranteed not to go as planned. Simple tasks back home might become arduous or arcane in a less-developed nation. Your limits will be pushed.

You can push back and get frustrated and angry, or you can relax, go with the flow, see your horizons expand, and smile. A smile and a respectful attitude will open doors, make you friends, and take you wonderful places in the Third World and beyond.