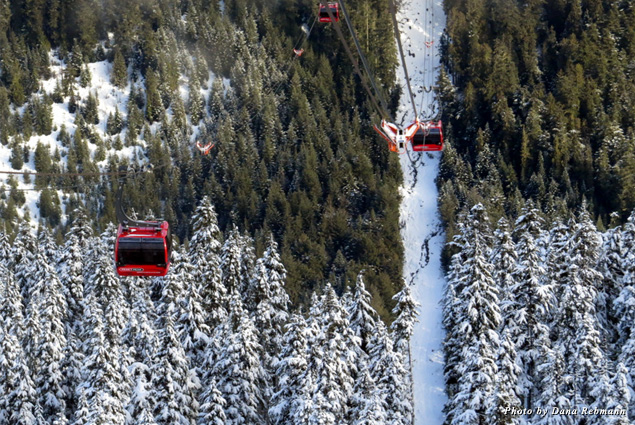 When skiers dream, there’s a good chance visions of Whistler Blackcomb dance in their heads. With more than 8,000 acres of snowy slopes and 200-plus trails, Whistler grabbed the world’s attention when it hosted the 2010 Olympic Games and has refused to let go. But with two mountains and a lively base camp at Whistler Village, who says skiers should get to have all the fun? This big snow-covered playground has plenty of adrenaline-boosting activities to go around. 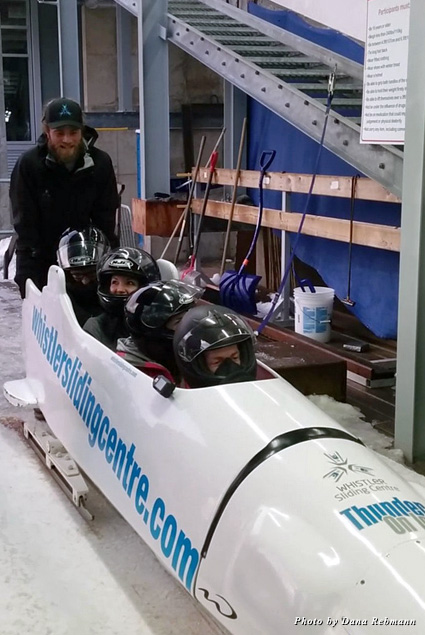 1. Slide with an Olympian or a Couple of Courageous Friends

Trade your skis and your comfort zone for a helmet and a chance at record speeds on the fastest bobsleigh track in the world. Home to the luge, skeleton, and bobsleigh competitions during the 2010 Olympics, the Whistler Sliding Centre now welcomes all brave souls to cross an Olympic dream off their must-do list. If you can, convince a couple friends to come along. Don’t have any takers? Don’t let that stop you. The Sliding Centre will team you up with two fellow adventure seekers and an experienced pilot to guide the icy way.

There are a few tips and tricks they’ll teach you before you get anywhere near the steepest ice track in the world. Sitting as though you’re built like the Incredible Hulk is highly recommended, so if being a superhero is also on your wish list, it’s your lucky day. Knowing what to hold on to and where to put your feet are important as well. Funny thing is, your memory isn’t always great when you’re nervous, so when your sleigh arrives, if you’ve forgotten every word they said, know you won’t be alone. When it comes time to actually load in, the pros will go through it all again, and that’s when it seems to stick. 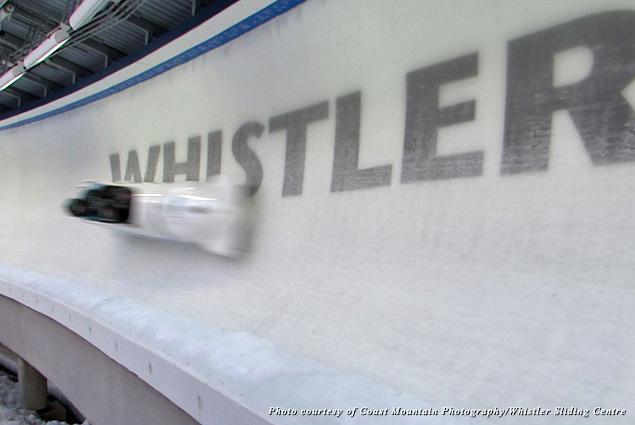 A good, running push compliments of the Sliding Centre staff will get you going. At first it won’t seem so bad—I mean fast—that is until you take that turn (you’ll know the one) and you meet G forces several times your body weight trying to smush your head down to your knees. Clocking speeds up to 75 miles per hour, my team covered the half-mile stretch in a little more than 42 seconds and, as far as I’m concerned, earned bragging rights for life.

In honor of its fifth anniversary, the Whistler Sliding Centre is upping the icy ante, offering visitors the chance to slide with an Olympian. After your bobsleigh ride and once your heart rate returns to normal, sliders get time to mingle with their Olympic pilot. 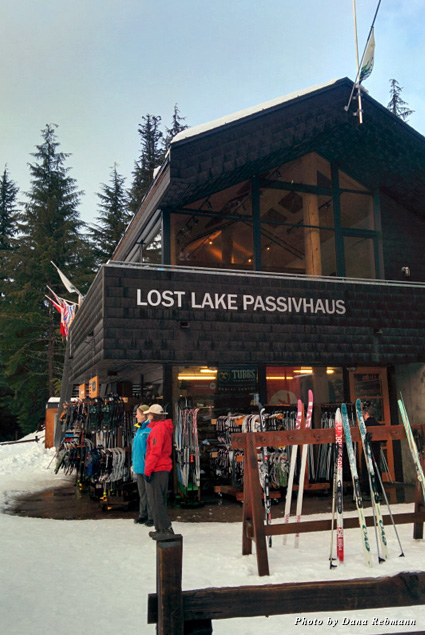 2. Shuffle Your Way Across Whistler Country

If you want to get your heart pumping without such a high risk of actually stopping it, cross-country skiing might be more your speed. Rent skis at Cross Country Connection at the Lost Lake PassivHaus. Snap in, and shuffle, shuffle, glide, shuffle, shuffle, glide. It takes a little bit of practice to get the rhythm down, but once you get it, you can cover some serious ground. Knowing some skiing basics, such as how to snowplow, is handy but not required. It’ll cut down on some of the falling, but then again sometimes the falling is a part of the fun.

Dress as though you are hitting the slopes, but expect to shed layers as you make tracks. Along with getting a workout, you find a peace and quiet rarely found on busy ski slopes. 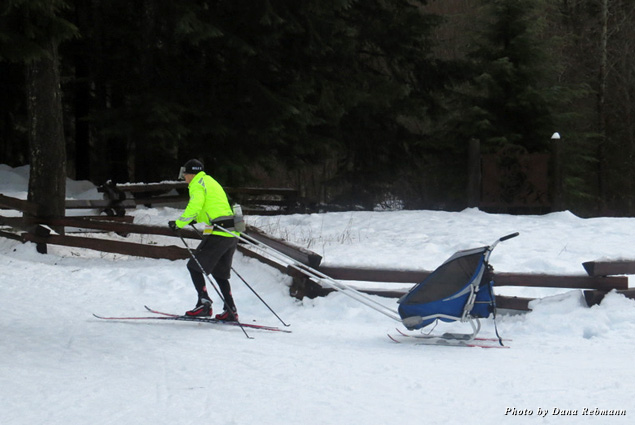 At the base of Whistler and Blackcomb Mountains, Whistler Village serves as a meeting point for just about anything visitors and locals want to do. One of the most popular areas of the village is Olympic Plaza. The Olympic rings are a must-grab picture, but you can also come bundled up and glide around the ice rink for an action shot. Daytime comes with stellar mountain views; when the sun goes down, thousands of twinkle lights glow in the night. It could be Whistler’s best bargain. Admission is free and rental skates cost just $5 (at the time of writing).

4. Enjoy the View on the Peak 2 Peak Gondolas

Mountain travel never had it so good. The Peak 2 Peak Gondola connects Whistler and Blackcomb Mountains in an 11-minute snowy, scenic glide. Used by sightseers and skiers alike to get from one peak to the next, every seat is a window seat. If you’re willing to wait in line a little longer, you can hop aboard a car with a glass bottom for the nearly three-mile ride. Peak 2 Peak has officially earned its spot in the history books, listed in the 2015 edition of the Guinness World Records Book as the “highest cable car above ground” (at 1,427 feet, it’s not a good place for those afraid of heights) and the “longest unsupported span between two cable car towers” (an impressive 1.879 miles). 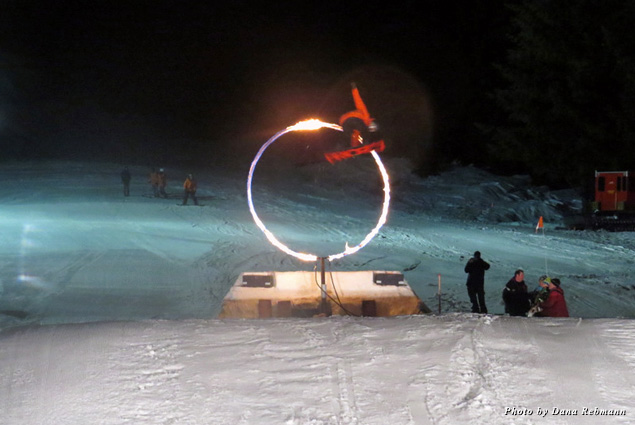 5. Watch the Pros at the Fire & Ice Show

Sundays are typically a day of rest, unless you’re one of Whistler’s top skiers or snowboarders. The pros spend the day building a jump at the base of Whistler and Blackcomb Gondolas. At around 6:30 p.m., they start to test their handiwork and everyone comes out to watch. The fun begins when they launch to the sky, jumping through a large hoop. But that’s just their way of warming up. Once they have a few good jumps under their skis, they set the hoop on fire and impress the crowd with the Fire & Ice Show.

Expect to be out in the cold for a good hour or more so bundle up. Audience giveaways and fire twirlers entertain the crowd in between jumps. Don’t leave early; you’ll miss the fireworks. 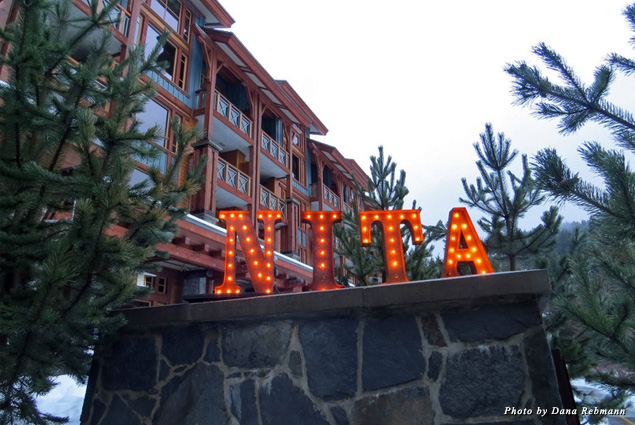 Whistler Village will continue to buzz long after the Fire & Ice Show wraps up. Expect a fun crowd if you decide to hang around for drinks and dinner. But if you’re in the mood for something a bit more cozy, Nita Lake Lodge doesn’t disappoint. It’s an easy five-minute drive or a free shuttle ride away, and you’ll start to warm you up the minute you walk into the lobby. 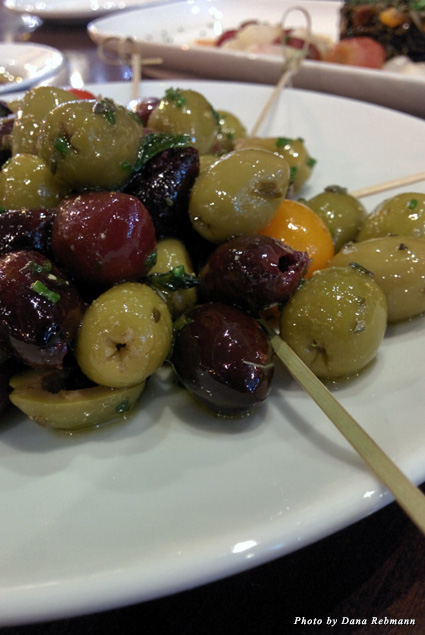 Grab a table near the huge double-sided fireplace and you might not want to move again for the rest of the evening. The Cure lounge pours a nice selection of warm and cold cocktails. Try the toasted caramel apple if you’re in the mood for a warm, sweet treat. 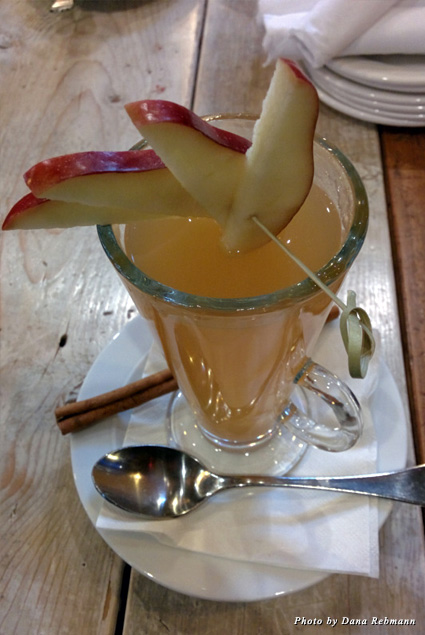 You can head across the lobby for a more formal dinner at Aura, or stay right where you are and eat like a king. The menus are a little different but equally tasty and designed to makes folks happy, regardless of any dietary restrictions. Whether the dish is gluten-free, vegetarian, or vegan, the restaurants cover it all deliciously. Spend the night and you’ll be rewarded with snow-covered mountain and lake views come morning.

Dana’s trip to Whistler was hosted by Tourism Whistler, Whistler Blackcomb, and Nita Lake Lodge, but as always her thoughts and opinions are her own.