Fishing for Local Food, Fruit, and Betel Nut in Palau 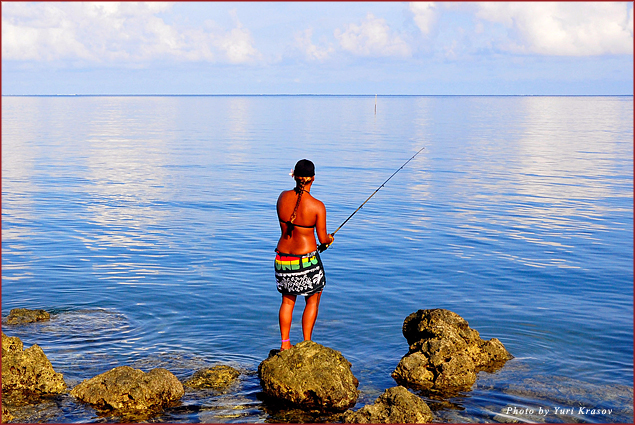 Why travel to remote destinations if not for exotic foods as well as other splendored things to see, hear, smell, and touch.

A trip to Palau is as much a culinary adventure as it is a discovery feast of diving, snorkeling, boating, and jungle-trotting.

Located in the Western Pacific, Palau absorbed the culinary influences of Japan, the Philippines, Indonesia, Malaysia, and the USA and created a fusion cuisine of rice and seafood, barbecued chicken and pork, root vegetables, fresh fruit, and spices. 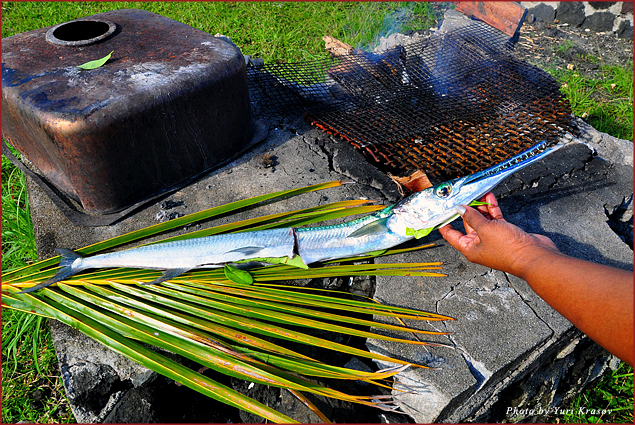 I can also brag about having a full serving of stinky tofu (thankfully, the serving was rather small) that smelled like garbage during a garbage collectors’ strike, and looked and tasted like fresh asphalt – not that I ever tasted fresh asphalt.

On an ATV-driving excursion with a famous local tour operator, Fish n’ Fins, while traversing the muddy off-roads of Koror, our group caught a glimpse of a statuesque fisherwoman pulling out a silvery-green needlefish, later cut in half and thrown on a grill for an outdoor lunch in a public park. 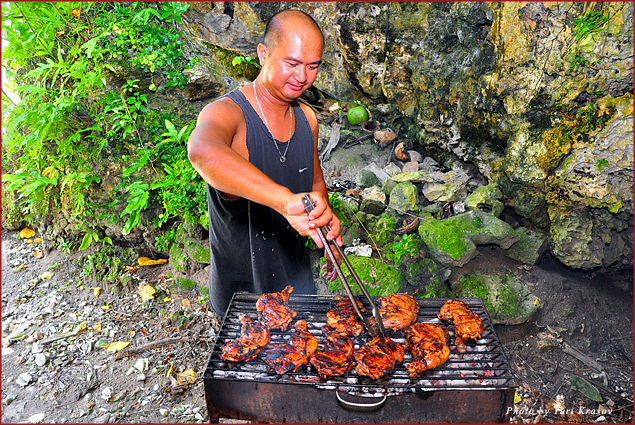 Our own lunch at the recently opened Ngellil Nature Island Resort in Airai featured sweetlip fish, also thrown on an outdoor grill behind the restaurant building. The resort is designed to blend with the tropical environment and has only two traditional architecture buildings – one an eight-room guesthouse, and one with a reception area and restaurant. 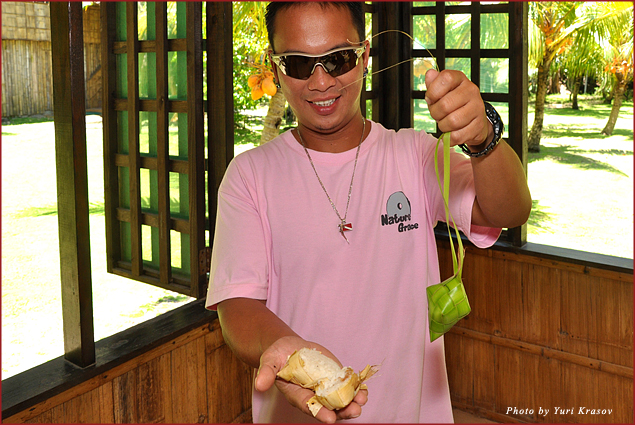 Chicken leg quarters, pork skewers, and mussels were grilled with barbecue sauce the way meals are prepared for the overnight guests in this all-inclusive resort. My favorite part of the meal was a toy-like leaf basket for steamed rice, suspended on a long string for dipping and pulling out of boiling water. 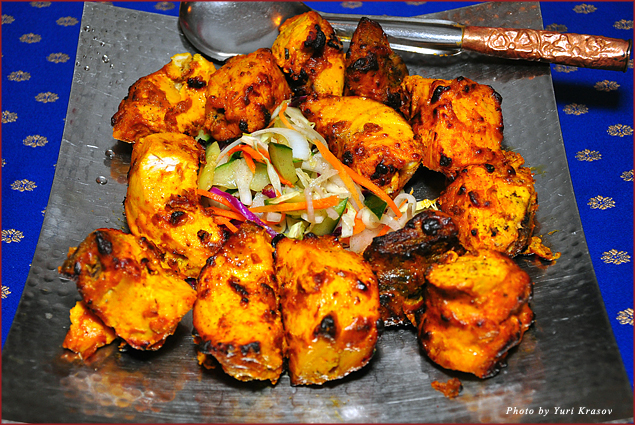 At a formal dinner at Taj Restaurant in the capital city of Koror, we were treated to the best of Indian cuisine – garlic naan, tandoori fish, saffron basmati rice, mango chutney, and mint yogurt raita. 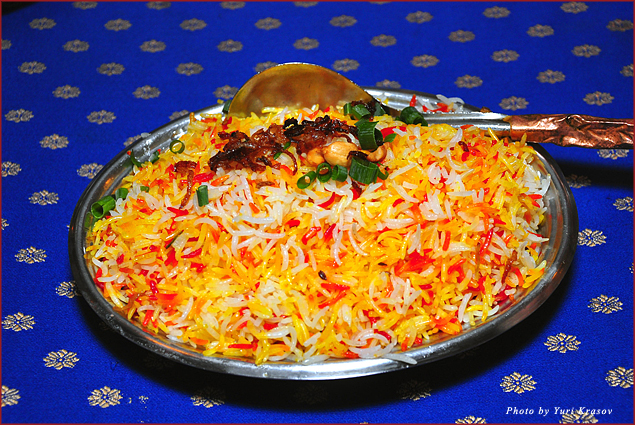 I couldn’t leave Palau without getting a taste of the famous betel nut, widely used throughout Asia-Pacific as a mild stimulant, energizer, alertness enhancer, and whatever-you-call-it exciter. 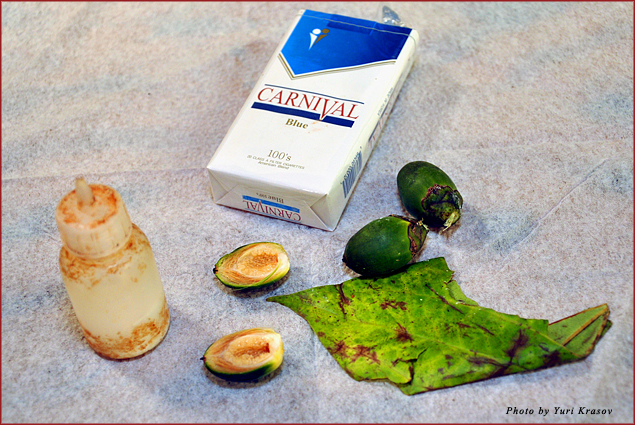 During an improvised hands-on demo in an undisclosed location, a fruit of areca catechu palm (the betel nut) was cut in half, stuffed with a tiny amount of lime from dead corals, some tobacco from a cigarette, and wrapped into a piper betel leaf. I put the thimble-size package in my mouth, and started to chew. It was bitter and puckering. Soon I was foaming at the mouth with bright-orange betel juice, which I was warned not to swallow. I had to run off, hide and spit. And spit, and spit, and spit some more. Suddenly I felt flushed, dizzy, and too warm even for the Palauan 85-degree weather. Was it because of the betel nut or because of embarrassment at my unladylike behavior? I might never know.

For more information about traveling to Palau, go to: Palau Visitors Authority.

Kayaking With Sharks in Palau A Paradise Called Palau

Kayaking With Sharks in Palau