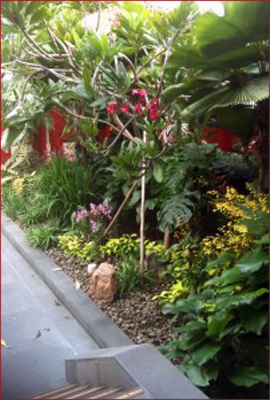 I’m in the travel business, right? I’m also a bright cookie (I know this because my mother’s been telling me that my whole life). So, really, WTF happened that I found myself on the phone with Delta, 10 days before leaving for Bali, saying: “What do you mean we have a 10-hour layover in Tokyo? And we have to switch airports? How did this happen?”

Though the Delta rep very politely told me that it was “unusual to marry segments like this” (airline-speak for when they pre-match legs of flights) she also sweetly informed me that a change would cost $1,500 a ticket. In other words, we were already screwed. But this was just the prelude to airport hell.

Upon our departure home from the airport in Bali, we received the first blow. Luggage could only be checked by Delta’s partner airline, KLM, to Singapore. Because of the airport switch in Tokyo. The lovely attendant couldn’t issue us those boarding passes, either. Which was fine. Last time we did this route, we nearly missed our return connection because the Delta transit desk in Singapore insisted on issuing us new boarding passes two hours before departure (at 4 am). Sigh.

Three easy flying hours later, we arrived at the Changi airport at 11 pm and popped by the transit counter to see what we could do to change our tickets. No one from Delta was there, but there was a woman behind the desk. “Oh, yes,” she assured me, her lips pursing as she nodded languorously, “there is still staff at the Delta check-in counter upstairs.” We would go through immigration, pick up our bags, exit through customs, and go right up to departures.

Only when we got to the luggage carousel, I asked a female guard, “Which way to Delta?” The international gathering of customs guards stared at me carefully. The woman, wearing the traditional Muslim head scarf, asked me to repeat my question. Then there was a pow-wow in Malay (I think).

A tall Asian man of mixed descent smiled down at me. “Delta’s closed. They open at two o’clock.” I looked at the clock. It was 11:30pm.

“Are you sure?” He nodded. I tried to engage him again, as Greg pulled up with the bags on a small cart. “Well, we have our luggage, but we have a reservation at the transit hotel. And no boarding passes. Any way to get back upstairs without exiting immigration?”

The guard pointed back to the doors we had just come through. “That’s immigration, you’re already on the other side. And you can’t get back there without a boarding pass.”

Did I mention I’m in the travel business? I have waxed on about the wonders of Changi airport, Singapore’s modern and pampering layover heaven, with its free movie theatre, orchid gardens and butterfly sanctuary, not to mention food halls, sleeping lounges, spas, and transit hotels in each of its three terminals.

Well, I missed a crucial point until that night: all of its delights lie behind immigration. We, on the other hand, were in the no-man’s land between immigration and customs. Two minutes later, we were back upstairs, this time at the departures desk. Here we learned two facts destined to make this night from hell even worse: 1) The online kiosks wouldn’t issue us boarding passes. Because of the airport switch. 2) The Delta counter wouldn’t open until 3:10 am, exactly three hours before our flight.

Yes, these are what we like to call “first-world problems,” but in the moment, my spirituality (the part that reminds me to look on the bright side, that every breath is a gift) seemed overwhelmed by the small whininess of my humanity (the part that thought I would be getting six hours of sleep that night. In a bed).

Whoever designed Changi airport for layovers forgot to include the departures section. There is an all-night coffee shop (with great service, BTW). There are a number of hard wooden benches, which by midnight were almost all occupied by other unfortunate travelers trying to catch a few winks, stretched out with a coat or sweater over them, or their arms crossed tightly on their chests as if to ward off the evils of airport travel.

We asked at the information desk and were told by the caffeinated little attendant that there was an observation deck upstairs that was quieter and where we could rest. Encouraged, we headed upstairs to check it out. As I took a last look at all the people trying to sleep, it occurred to me that they should knock down one of the many Asian soup restaurants and replace it with a sleeping lounge. They could charge a mint and people would still gladly pay.

Upstairs, we were SOL. The lights were bright, the benches so hard your shoulder ached as you lay down. And the cleaning crew—I know these ladies don’t make much money, but does every step have to be a dragging shuffle echoing across a vast tile ocean? And the mechanics—does every lightbulb in Changi have to be checked on a ladder whose scraping feet must be dragged from pillar to post, complete with shouting to your fellow mechanic about something fun you will be doing together when you both get off work (at 4 am)?

I am a spiritual person, I promise you, despite the number of times I snapped at my husband that night. But by 2 am, I wanted to throttle someone, anyone. By 2:45 am, when I finally hoisted my miserable lump of self off my monk’s bench and, bleary-eyed, stumbled downstairs to the Delta counter with Greg, it was clear we could kill each other in a fit of sleepless pique. 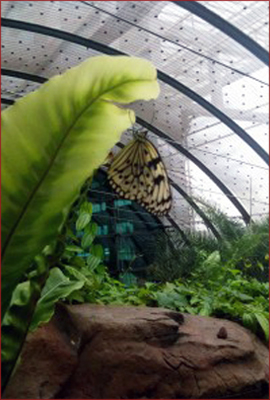 Greg has been lauding Alaska Airlines‘ Gold Membership program almost since its inception. A long-time member, he has flown Las Vegas to Seattle via three other cities to ensure he gets enough air miles to qualify. As Alaska’s strong partner, Delta affords him lots of extra privileges, like business-class check-in.

This morning, standing in front of the desk at 3:12 am, it was clear this would do us no good. “Sorry,” the plump attendant chirped, looking anything but, “there’s no flights available to anywhere from Narita. We’re all sold out.”

Greg lowered his voice to a near-whisper. “We fly tens of thousands of miles on Delta each year. We book our guests on Delta, bringing you even more business. Are you telling me there’s nothing at all? Not even in business class? How about we speak to a supervisor.”

She shook her head, firm. “You can speak to one, but it’s not going to do you any good. You’d have to buy new tickets. And who married these segments, anyway?”

I was too tired to argue. I clutched at Greg’s sleeve. At least with boarding passes, we could get into the good side of Changi. Where there were beds, showers, internet access, and eventually, a plane that would take us out of this hell. He grabbed the boarding passes and we stomped over to stand in the screening line. Greg was muttering about never flying Delta again. I didn’t blame him. At least this was one thing we could agree on.

The next morning in Tokyo, we paid nearly $80 for two tickets for the bus to take us from the elderly Narita to Tokyo’s other airport, its infinitely prettier sister, Haneda. Standing in line, we started talking with a honeymooning couple. They too had been in Bali. “Yeah,” they told us, “we were so shocked about having to change airports. Delta never said anything on their web site about it. We didn’t figure it out until three days before we left, and by then it was too late to do anything.”

I kept my mouth shut. We had just realized we had enough time to go into Tokyo and have sushi before the plane left. My spiritual parts were kicking into high gear. Today was a sunny new day and I was about to leave my travel hell behind me.