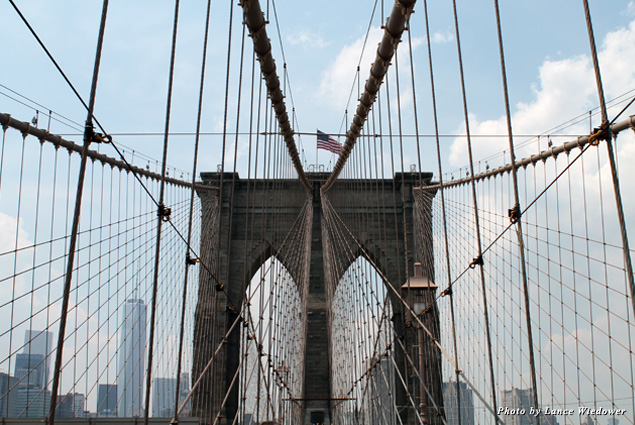 When we travel to a destination, we try to find ways to visit as if we’re locals. Sometimes that means staying in an apartment in a cool neighborhood. Other times it might mean working extra hard before the trip to find the newest hidden restaurants the locals are only now beginning to discover. Or it might include avoiding the tourist attractions altogether and just finding a neighborhood to explore.

On our most recent visit to New York City, which also happened to be our seven-year-old son’s first visit, we tried to do a little of all of that while also seeing the tourist highlights.

OK, so that probably doesn’t make a lot of sense if one of the ways we experience a city as a local is to avoid the tourist attractions. Yes, there were challenges in enjoying New York City like a local while showing our son some of the sights that make the Big Apple famous. But over our five-day New York experience, we managed to find a neighborhood bagel shop near our apartment, go to the top of The Empire State Building, avoid the overpriced chain restaurants of Times Square, and attend a Broadway show.

Wondering how to be a local tourist in New York City? We gave it a go. Here is how we did it: 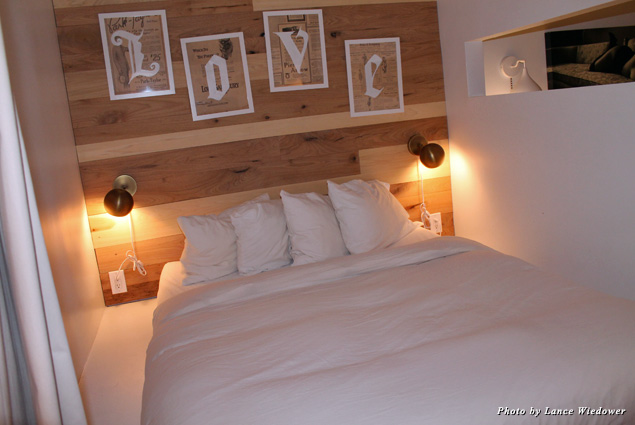 We’ve stayed in New York City apartments several times, because not only is it an affordable option compared to hotels, but also it gives us the opportunity to have a home base in a neighborhood. On this visit we split things up. We stayed the first two nights in an apartment in the Gramercy neighborhood before moving near Madison Square Garden and staying in a Hilton Garden Inn property for the final two nights.

Our MySuites apartment gave us the opportunity to wake up like New Yorkers. While walking the neighborhood en route to get bagels and coffee, we watched area residents out for their morning run and walking their dogs. New York is a fun city to watch wake up for the day, especially when away from the hustle and bustle of its busier business districts.

Another way our MySuites apartment gave us a local feel was the way it’s designed. The sexy feel of this apartment is how I imagine we would have it set up if we were living in the city as a young married couple instead of visiting as a family.

Our final two nights weren’t exactly in the Midtown hotel madness; in fact, our property was near some great restaurants in Chelsea. But it was also just a few subway stops from Times Square and within walking distance of the Empire State Building, which came in handy after a late-night visit to the tower.

My Lodging Advice: Stay in an apartment to experience a neighborhood or pick a hotel away from the madness of Times Square. 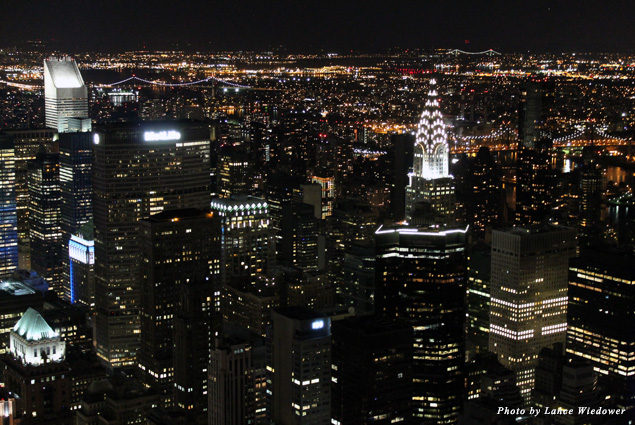 New York City has a number of great art museums, the Statue of Liberty, museums dedicated to the city’s history such as the Lower East Side Tenement Museum, great skyscrapers, and so much more. My advice? Find what interests you and skip the rest. There is too much to see in New York to try to experience it all.

My wife and I have visited the art museums of New York City multiple times, but that didn’t keep us from visiting again. We took our son to the Metropolitan Museum of Art and the Museum of Modern Art. We briefly walked through Times Square at night, en route from seeing the Broadway production of “Matilda.” We did go up the Empire State Building, but that was only because our son wanted to. I’ve done it before, and once is enough in my book.

But there are some things parents must do for their kids. We also visited the Statue of Liberty via a Circle Line cruise around the southern half of Manhattan. So we didn’t actually visit Liberty Island, but we did get pretty close.

My Attraction Advice: Don’t get in the long lines to experience a museum or attraction you have little interest in. Just because you might think you need to see MoMA or Times Square, don’t go out of your way if you’re not interested.

Eat With the Cool Kids 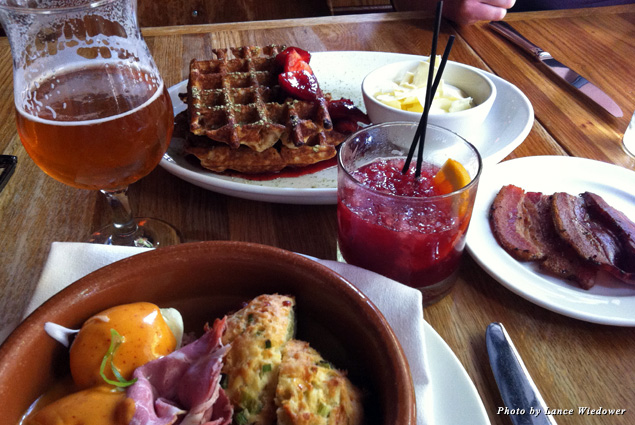 New York City is one of the greatest culinary cities in the world, so it only makes sense to visit some of its great restaurants. We had some recommendations from friends who live in the city as well as from lots of research. We visited a fabulous tapas restaurant in Chelsea and an awesome Italian restaurant in the Lower East Side. Yes, we had pizza at one of our favorites (Joe’s in the Village), and enjoyed some great places in SoHo. But we made a point of never visiting restaurants in Midtown, even if it meant we were rushed to get to our Broadway theater.

My Dining Advice: I’ll never understand why anyone would travel to New York and find one of the chain restaurants they can enjoy at home. When in New York, dine in one of the city’s multitude of wonderful local restaurants. 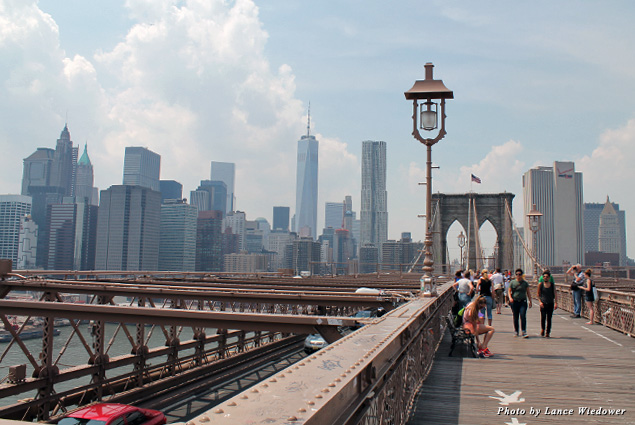 We saw the Brooklyn Bridge on our Circle Line tour, but it was more fun walking the bridge from Brooklyn to Manhattan. Our son saw Central Park, but he also enjoyed watching the older gentlemen playing chess in Washington Square. And while he had a blast riding in taxis and on the subway, I felt it important to walk the streets of the Lower East Side, SoHo, and Williamsburg. 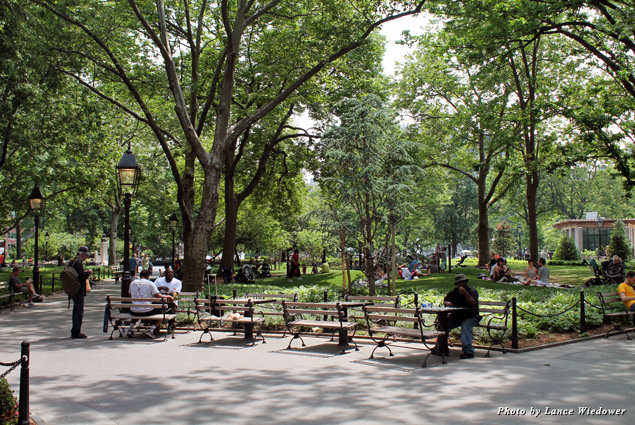 Tourist New York is fun and should be enjoyed. But to me, the best way to experience New York City is in its unique neighborhoods like a local.