Experience Monterey and Give Back to the Community 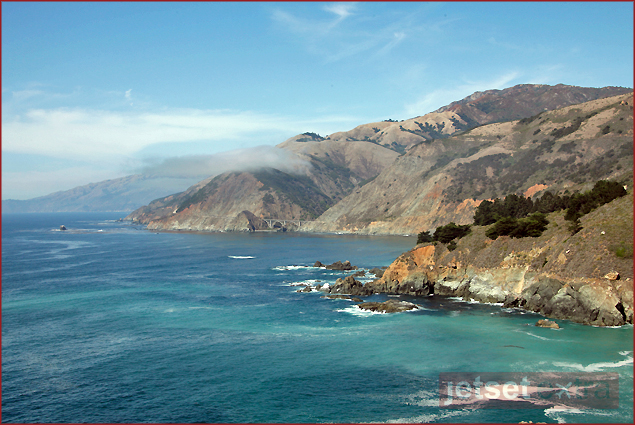 When I think of Monterey, I get romantic visions of driving up Hwy 1 from Los Angeles and watching the ocean views roll past my window. I strongly believe that anyone who lives in California should drive up the coast from San Diego to Northern California at least once in his or her lifetime. It’s a reminder of how good we really have it. Even on an overcast afternoon, it’s beautiful, with sweeping views of sea birds hanging in the wind over plummeting cliffs and the vast Pacific Ocean. It makes sense why people flock to California on vacation.

Check out our photo gallery here 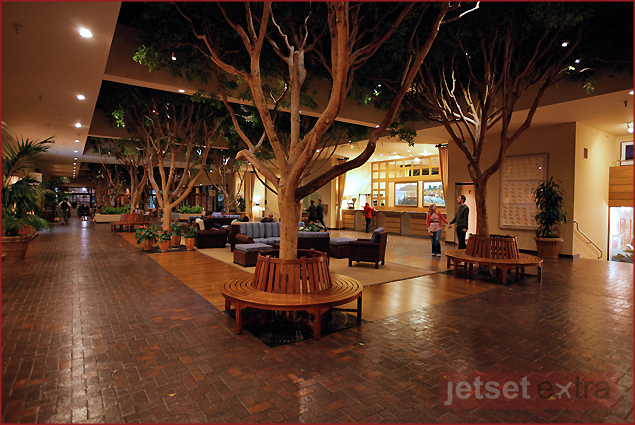 Jason and I arrived at the Portola Hotel and Spa – the second-largest hotel on the Monterey peninsula – late on a Friday afternoon. At first glance it looks like just another big hotel, but it’s not. The lobby is large and long and brings the outdoors in – there are live trees growing all the way up to the ceiling, sunlight streaming through the skylights, and a flowing breeze.

The Portola Hotel and Spa is very conscious of the impact it makes on the environment. The hotel is LEED-certified, and has many green initiatives in place to do its part to support the local environment and the planet. The hotel takes part in the Monterey Bay Aquarium’s Seafood Watch program, which is designed to raise awareness of ocean-friendly seafood choices. We also learned very quickly how important the community of Monterey is to the hotel. The hotel is involved in many community service projects, and two especially touched my heart. 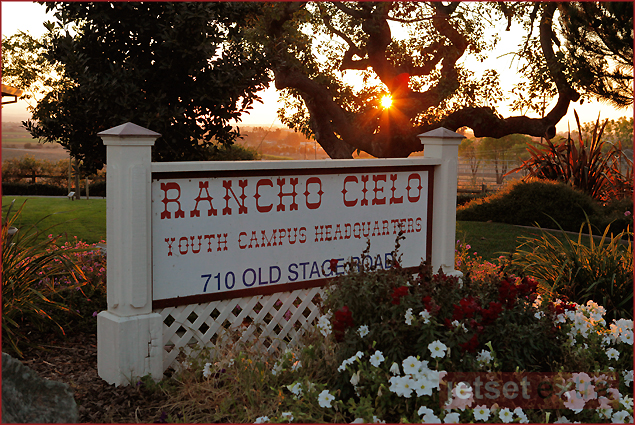 The hotel invited us to dinner at Rancho Cielo Youth Camp. It was kind of an odd place to be invited to dinner, but we went along with it, and found out how interested we are in giving back while on vacation.

Rancho Cielo was founded by retired judge John Phillips, who wanted to keep the youth of Monterey County from finding their way into the “system” instead of sentencing them to a life of gangs and jail. Judge Phillips wanted to guide, teach and encourage youth to become “accountable, competent, productive and responsible citizens.”

One of the many programs Rancho Cielo has for kids is the Drummond Culinary Academy, which provides students aged 16 – 25 with basic restaurant skills for both the kitchen and the front of the house. The best part about the Drummond Culinary Academy is that you can come in for a four-star dining experience with an amazing view every Friday night. The money we would have spent at another restaurant went to a great cause. 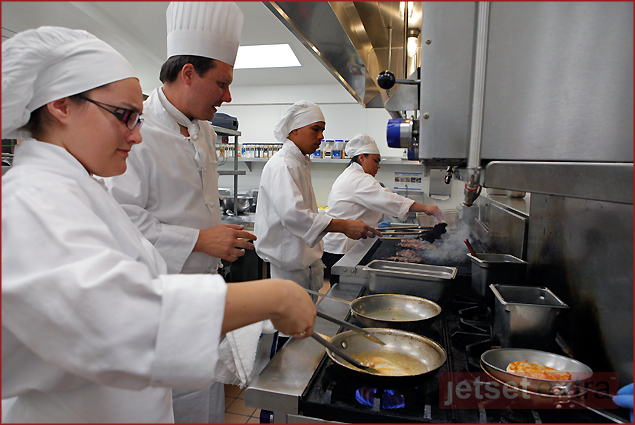 All of the students we spoke with had compelling reasons for being at Rancho Cielo. I give them praise for taking the big scary step away from what they know and toward a life free from gangs and incarceration.

Saturday was another opportunity for us to do a little community service while on vacation, and believe it or not, it was fun! Gleaning. Yes, I said gleaning. I didn’t know what it was either. 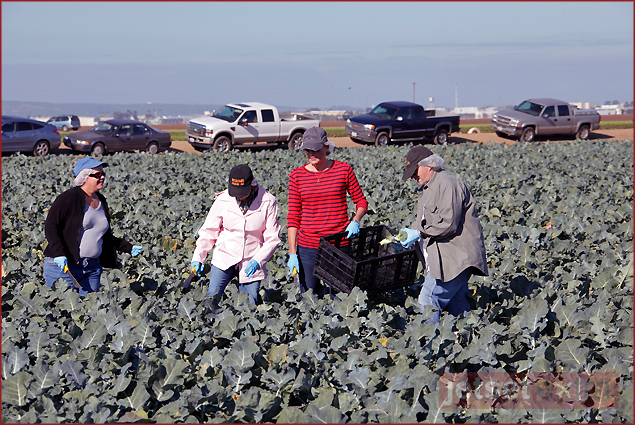 Monterey and the surrounding areas are a huge agricultural area for California. Agriculture is a $4 billion industry, to be exact. Because of the great climate and amazing soil, a large variety of vegetables, flowers, and fruit is grown throughout the region. We were gleaning a broccoli crop. After the farmer has done the initial harvest of a crop and taken all the produce that is market-ready, there is typically quite a bit left over that is perfectly edible and useable. 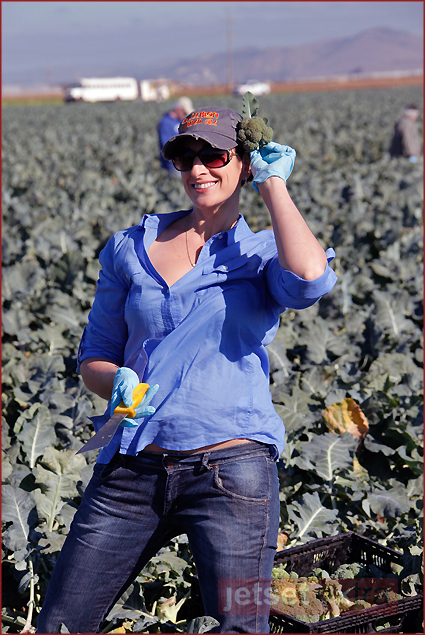 Groups like Ag Against Hunger come in with volunteers of families with small children, local charity groups, and just anyone who wants to make a difference. The volunteers go through the field, find the leftover produce, pick it, and load it into the truck to get delivered to food banks and nonprofit agencies. Any leftover produce they have gets put into a cooler so it doesn’t go to waste. We spent our morning picking broccoli and having a great time feeling good about what we were doing.

I love giving back as much as the next person, but picking broccoli all morning wore me out, so I went to the spa for a massage. The spa at the Portola Hotel is beautiful. I had a basic shiatsu massage, and boy did it help.

Dinner was great on Saturday night. We were given a tour of the newly renovated brewery at Peter B’s and sampled their newest Belgian wheat beer, one of my favorites. Jason was thrilled to get to have an up-close-and-personal look at how the brewer makes his beer. Jack’s is where we were seated for a Brewer’s Dinner. We had a four-course meal that included fresh buratta cheese with local heirloom tomatoes and an Oktoberfest beer; sweet corn soup with pesto oil; and red flame grapes. 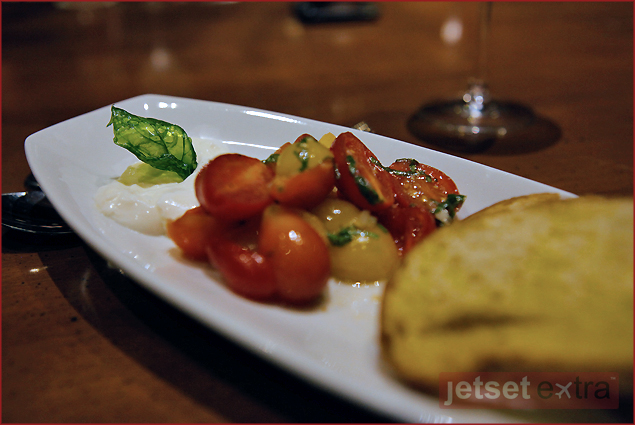 The soup was the favorite of the night. Pairing sweet corn with red flame grapes is brilliant. The sweetness of the corn with the sweetness of the grapes was magnificent. The soup was served with a Fort Ord wheat beer. The third course was basil-crusted California white sea bass with cashew rice, broccolini, and a lemon IPA sauce served with Inclusion Amber Ale. The fourth course was a treat of spiced funnel cake with vanilla bourbon sauce and vanilla ice cream served with a very smooth Stout Resistance. I’ll take a great beer over a glass of wine any day with my dinner.

There is so much more to do in Monterey County than community service and eating. We strolled Fisherman’s Wharf, bought candy, viewed artwork from local artists, visited Cannery Row, ate cinnamon rolls, and checked out all the boutique shops. We drove down 17 Mile Drive through Pebble Beach to visit the Lone Cypress, and just relaxed. 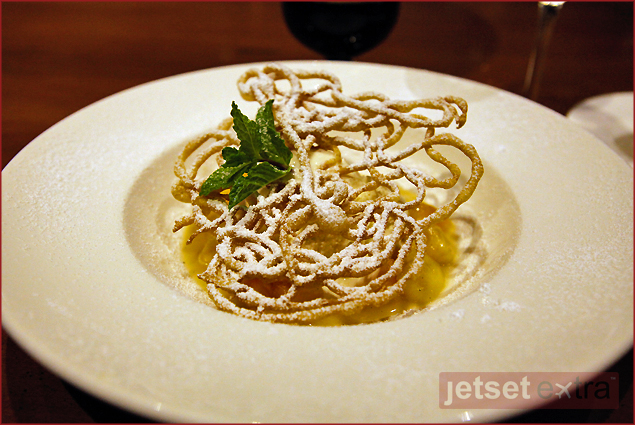 It was a fun, feel-good weekend. We were able to enjoy ourselves and give back at the same time. The Portola Hotel and Spa made for a great place to relax. 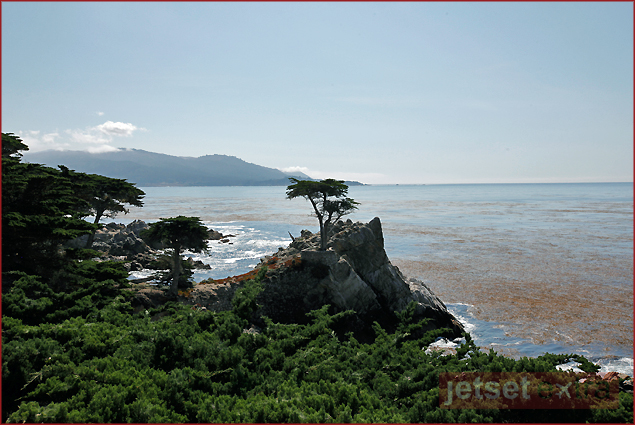