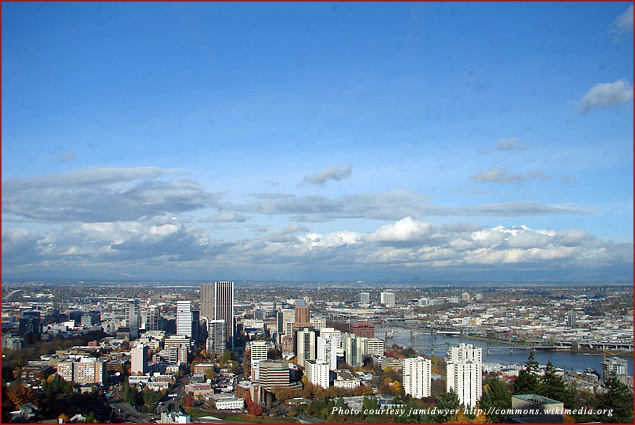 Portland, Oregon is a city with a well-deserved reputation for wet weather. If you visit during a downpour, you can grumble about the weather or behave like a true Oregonian and go about your business like it isn’t raining.

However, if you’re lucky, you’ll visit when the sun is shining – typically during the summer months, although there are no guarantees. Either way, you’ll find a jewel of a city bridging the sparkling Willamette River that’s alive with arts, culture, music, and fine food. It’s known as the City of Roses, and there are several fragrant public gardens where flower lovers can indulge themselves. And don’t forget the shopping – there is no sales tax in Oregon, so it’s a great place to pick up a few bargains. 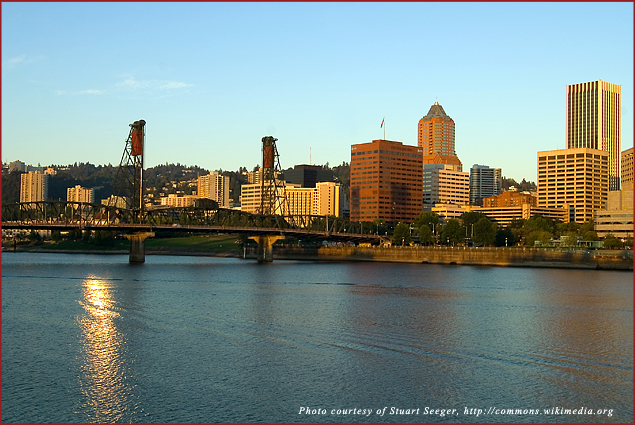 Plan your trip around one of the many annual events held in Portland each year, including food, music, and flower festivals. Or just enjoy it for what it is – a beautiful small metropolis with a vibrant, pedestrian-friendly downtown, a fantastic public transit system, and a slow, relaxing pace. Here are some must-see attractions: 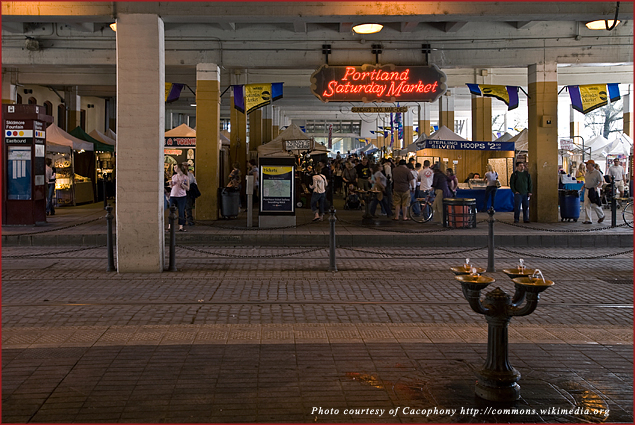 Portland’s Saturday Market in Old Town/Chinatown is the largest continuously operating outdoor arts and crafts market it the U.S. It’s open on both Saturday and Sunday from March through December, rain or shine, and features everything from live music and dance to clothing, jewelry, glassware, ceramics, plants, and art. Take the Max train to Skidmore Fountain – the train stops right in the middle of the market. Taste food from around the world – the booths include Greek, Lebanese, Mexican, Nepalese, Polish, Vietnamese, and East African food, as well as Hawaiian barbecue, pizza, and delicious snacks. It’s a terrific place to shop, eat, or just soak up some music and atmosphere. You can even get a relaxing massage at one of the booths for $1 per minute.

Powell’s City of Books is a bibliophile’s paradise – the largest new and used bookstore in the world. It occupies an entire square block in downtown Portland, and continues to thrive even as chain stores and independent booksellers alike have folded. The store stocks more than one million books in nine color-coded rooms, and includes rare, out-of-print, and hard-to-find books. It’s a delightful place to spend an hour or an afternoon, particularly on a rainy day. 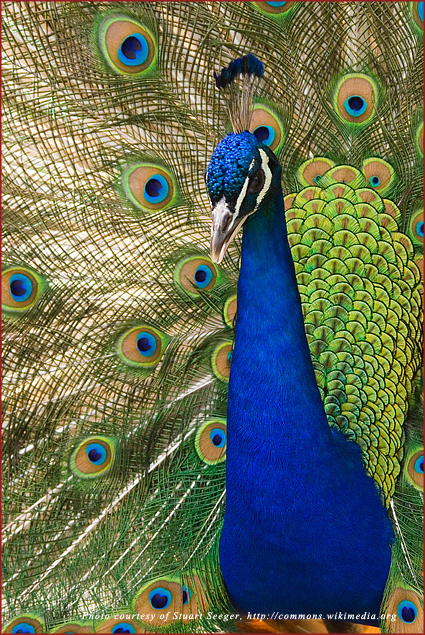 Portland’s Oregon Zoo is a conservation zoo with more than 2,000 animals. It’s the oldest zoo west of the Mississippi – founded in the 1880s – and is known for its Asian elephant breeding program. More than a million people visit the Oregon Zoo each year, thanks in part to its railway and summer concert series. It’s located just five minutes west of downtown Portland on Highway 26 and is accessible by the Max light rail red or blue lines via the Washington Park stop. 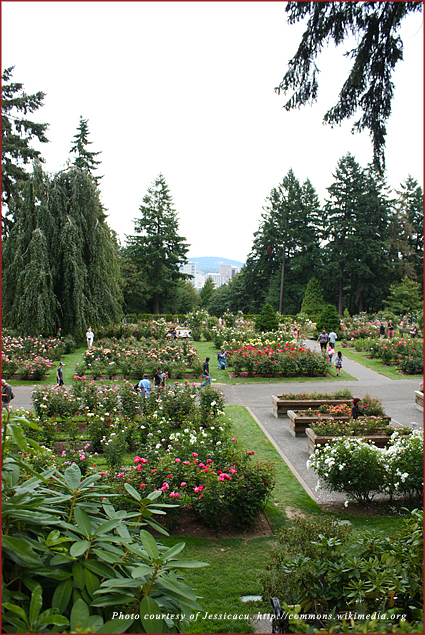 Portland is known as the City of Roses, and for good reason – it has been having a romance with the prickly-stemmed flower for more than a century. The International Rose Test Garden was acquired in 1917 and has more than 8,000 roses. It is located in Washington Park and features guided tours, pathways, a fountain, and a gift show. Admission is free.

The Oregon Museum of Science and Industry (OMSI)

The Oregon Museum of Science and Industry is one of the top science museums in the country, and has a lot to offer both kids and adults. The 219,000-square-foot museum features a planetarium, an Omnimax theater, laser light shows, a motion simulator, and even a U.S. Navy submarine – the USS Blueback. There are also five exhibit halls with tons of hands-on, interactive exhibits. Days and hours of operation vary by season. Tickets are $12 for adults and $9 for seniors and kids ages 3-13. Parking is $3

Putting on the Ritz at the Nines Hotel Fifty Shades of Portland: Discovering the Sensual Side

Putting on the Ritz at the Nines Hotel