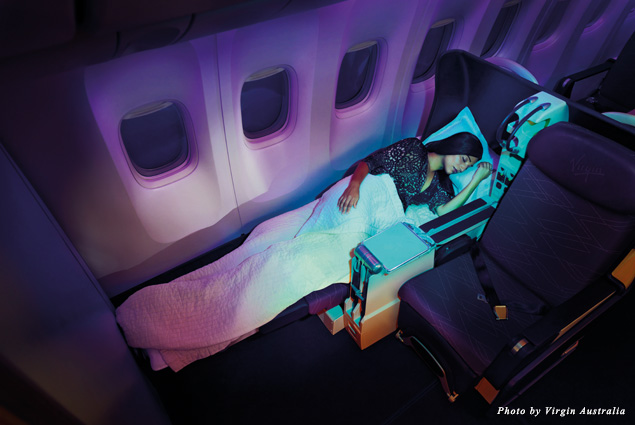 Once you go Business Class you can’t go back. I’ll certainly have a difficult time going back to the cramped Economy section of an airplane after traveling from Los Angeles to Brisbane, Australia, in Business Class of a Virgin Australia Boeing 777. I was invited to take the round-trip flight in honor of the airline’s new daily services between the two hubs (which began on October 26), and I was happy to accept.

I boarded my flight shortly before midnight from LAX’s Tom Bradley International Terminal. As I was shown to my window seat, a flight attendant helped stow my carry-on in the overhead bin and handed me a glass of sparkling wine. Stress officially removed from the boarding process, allowing me time to gather my in-flight necessities and settle in for the long, 14-hour flight ahead. 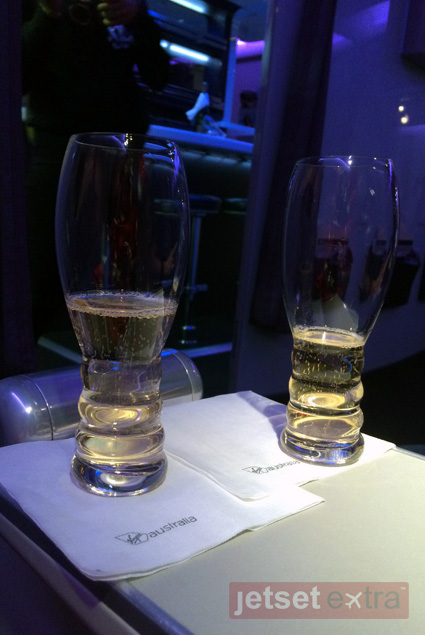 And settle in I did. The seat was incredibly comfortable and oh so spacious. I had legroom for days, and, even though I was seated next to a fellow passenger, the divisive center console gave me plenty of personal space to enjoy. When it came time to sleep, a flight attendant turned my seat into a bed and added a memory foam mattress, pillow, and duvet. Meanwhile, I took to the lavatory to change into a comfortable pajama set and brush my teeth; Virgin Australia not only provides the PJs as part of its Business Class package but also an amenity kit (offered on flights departing between 7 p.m. and 2:59 a.m.) containing items such as a toothbrush and toothpaste, an eye mask, and cosmetics from luxury brand REN.

In 2015, Virgin Australia’s Business Class is going to get even better, with new suite-style seating and an extensive upgrade. The new suites will convert into 80-inch lie-flat beds, and a 1-2-1 configuration means each seat will be on an aisle (no more stepping over your sleeping seatmate to make a late-night restroom run). Plans for the redesigned Business Class suites also include a 16-to-18-inch touchscreen television, multiple lighting settings, ample storage, soft furnishings, and an adjustable armrest that can increase seat width when sleeping. 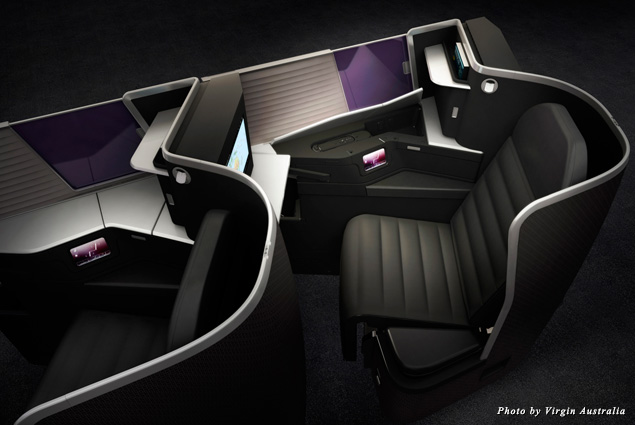 When not sleeping or enjoying the movies and television shows on Virgin Australia’s in-flight entertainment system RED, Business Class passengers can expect to dine on an exquisite meal from the airline’s head chef Luke Mangan. The Sydney-based chef owns and operates nearly a dozen restaurants, ranging from casual to fine dining establishments, throughout Australia, Singapore, Jakarta, the Maldives, and Tokyo.

I not only had the pleasure of enjoying chef Mangan’s creations during my flight to and from Brisbane, but I also had an opportunity to meet the chef and sample some of Virgin Australia’s most popular Business Class dishes during a luncheon at the One&Only Hayman Island in the Great Barrier Reef. Virgin Australia has partnered with the island resort through its Velocity Frequent Flyer program, which offers unique rewards to its members. 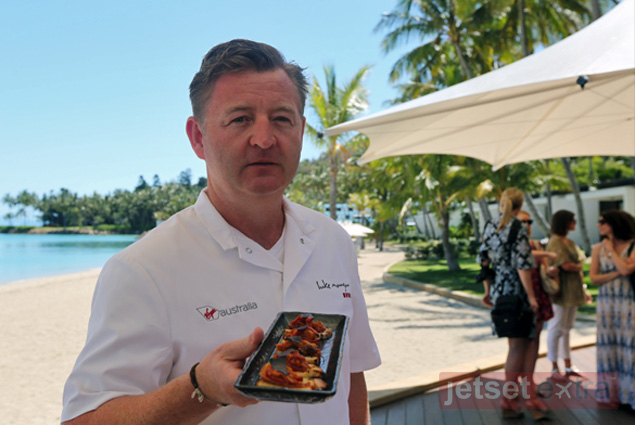 For our luncheon, chef Mangan began with canapés of kingfish sashimi with ginger, eschalot, Persian feta, and coriander and perperonata, goats curd, and basil crostini, served with the chef’s signature sunset-inspired cocktail, “The Australian.” Our entrées included Australian king prawns with mango, papaya, and tamarind dressing and coral trout fillet with fennel, asparagus, spanner crab, and a coconut broth. For dessert, chef Mangan served a “floating island” topped with figs, berries, and crème anglaise. Each dish was paired with an Australian wine and was light and delicious, perfect for an in-flight meal.

When preparing to take on the role of Virgin Australia’s head chef, Mangan said he approached it the way he would mass catering. He has a team of chefs and a test kitchen in Sydney, where they prepare a rotating menu—changing every six weeks for domestic flights and every three months for international flights—based on the seasons. Dishes are made with local ingredients to give fliers a taste of what’s to come during their time on land, and fragrant spices take the flavor up a notch to combat taste buds numbed by pressurized cabin air. 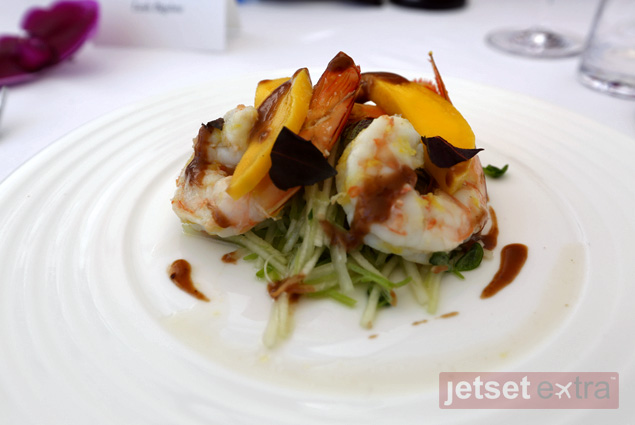 In December, Virgin Australia plans to roll out a new menu celebrating the theme, “Northern Winter,” featuring flavors associated with warmth and comfort. I got a sneak peak of the Australia to Los Angeles Business Class menu and have to admit I’m jealous of the fliers who will get to try the chargrilled beef filet with gruyere and thyme potato gratin and beans or the tomato and lemongrass soup with cashews and coriander. It’s truly fine dining at 30,000 feet in the air and makes for an extra enjoyable in-flight experience.

When my flight landed in Brisbane at 7 in the morning, I departed looking fresh-faced with a full stomach and plenty of energy for the day ahead. Not only did I get a comfortable seven hours of sleep, but I also awoke to a hot breakfast and cup of coffee to start my day off right. I felt more rested and refreshed than I have on a four-hour flight from LA to Chicago, and it was all thanks to the excellent service, relaxing setting, and tasty meals Virgin Australia offers its Business Class guests.