Eleven Things to Do in Rio de Janeiro 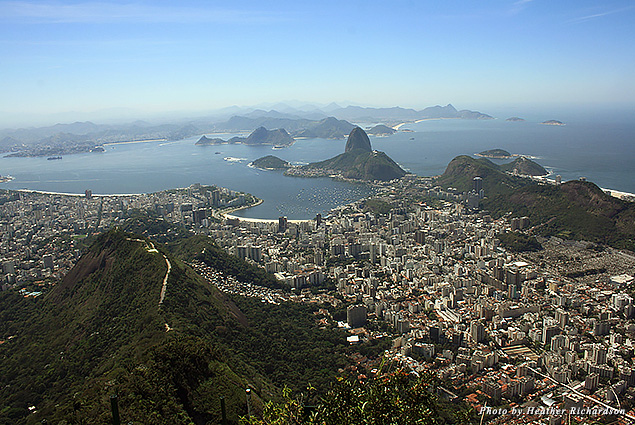 Rio de Janeiro is one of the most iconic cities in the world and a first port of call for most visitors to Brazil. There’s an endless list of things to do in Rio, but here are 11 just to get you started.

If you want to get the most out of Rio’s nightlife, I’d recommend taking a samba class or two. All the locals samba, and although it looks easy the steps take a bit of getting used to (especially when your dancing skills are less Beyoncé and more David Brent). I learnt a few basic steps in an hour-long class at Carlinhos de Jesus in downtown Rio.

2.    Take a cycling tour around the beach and lagoon

The two-lane cycling path that runs along the beachfront makes cycling one of the best and easiest ways to explore this area of the city. I cycled from Copacabana, through Ipanema, and down to Leblon, before riding around the manmade lagoon just behind the beaches. Aside from being a great way to catch some rays and get some exercise, it was also excellent for people watching. Cariocas (Rio inhabitants) love their exercise, from old men in speedos out for a walk and young guys skateboarding to toned women in tiny hot pants jogging and fellow cyclists whizzing along the shore.

Lapa is where you’ll find most of the samba bars and live music clubs. In downtown Rio, under the famous white arches, the crumbling colonial buildings are pastel-coloured with wrought iron balcony railings. Two of the best and most famous bars are Rio Scenarium and Carioca da Gema. Rio Scenarium is a large three-storey house with quirky décor, including a wall full of open umbrellas (that’s a heads-up if you’re superstitious), a bicycle hanging from the ceiling, and a display of brass musical instruments. Carioca da Gema is much smaller and more intimate, with plenty of locals dancing to the live samba music.

The ingredients that make up a caipirinha are very simple (cachaça, sugar, and limes), but it’s how they’re assembled that makes the difference. I spent an evening with a local couple learning how to make a Brazilian dish called muqueca (fish stew) and, most importantly, learning to master one of my favourite cocktails. The trick? Cutting off all the pith of the limes and crushing them just the right amount. 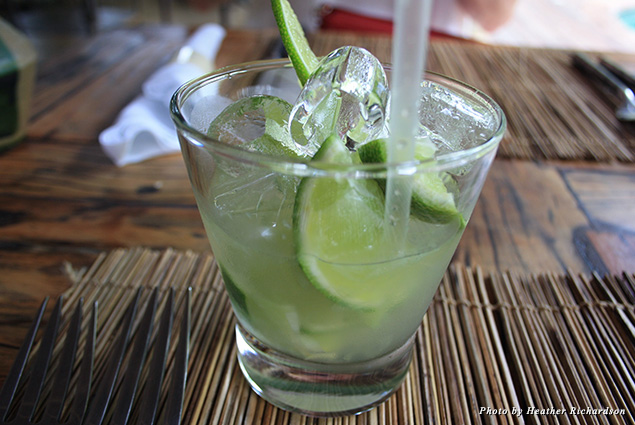 The hilltop neighbourhood of Santa Teresa provides a refreshing alternative to the sleek beaches of Rio de Janeiro. With views overlooking the city, Santa Teresa has a completely different vibe from the rest of Rio, more bohemian and relaxed. Winding cobblestoned streets feature boutique art stores and cool, intimate bars. The famous yellow tram is currently out of service, but the tracks still run along the old streets. The views from Aprazível are largely what makes this restaurant so famous, but Espirito Santa is the best bet for real Brazilian fare, from frigideira de camarão (shrimps cooked with cachaça and herbs) to chicken breast marinated in passion fruit juice. 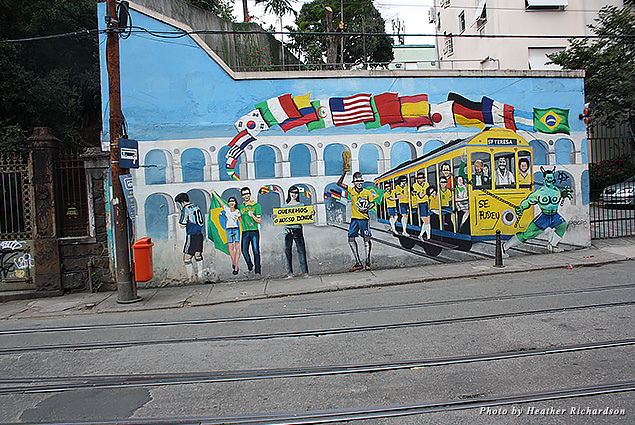 6.    Have breakfast under the Christ the Redeemer statue

The iconic Cristo Redentor gazes out across Rio and is a stop for most tourists in the Cidade Maravilhosa (the Marvellous City, as Rio is often known). Like most major tourist attractions, Christ the Redeemer is heaving with people, all jostling to get the standard spread-arms photo at the base of the 130-foot statue. However, guests of the Copacabana Palace now have the opportunity to visit the statue before Corcovado, the mountain on which the statue is located, is opened to the public. An early start will be rewarded by a picnic breakfast to enjoy as the sun rises over the city and Sugarloaf Mountain. 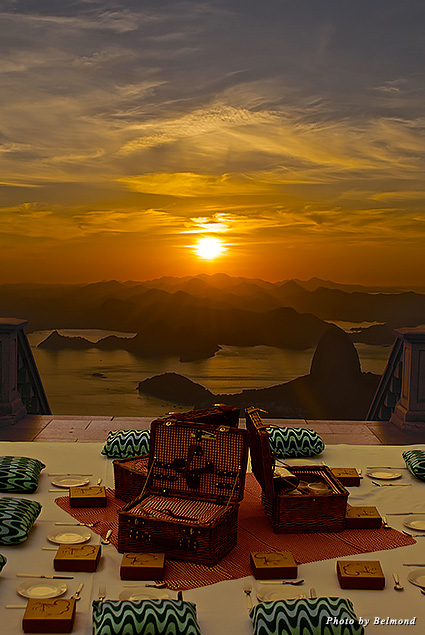 At the opposite end of the day, you’ll need to reverse your vantage point. Catch the cable car up to the peak in the late afternoon and, after having taken in the panoramic views of Rio, you can head to the lookout point facing Christ the Redeemer. Get there early for a front-row position. 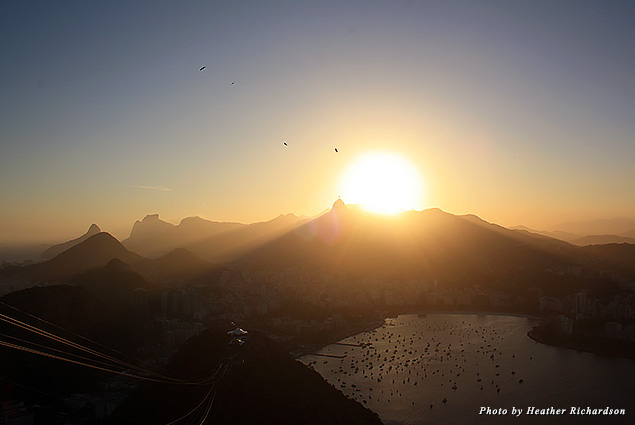 For such a Catholic country, it’s surprising that Rio’s main cathedral is so unique and modern. Catedral Metropolitana de Sao Sebastiao was designed by Edgar Fonseca and built between 1964 and 1979. The cathedral, located downtown, resembles a giant Maya pyramid with a stained-glass cross in the ceiling. 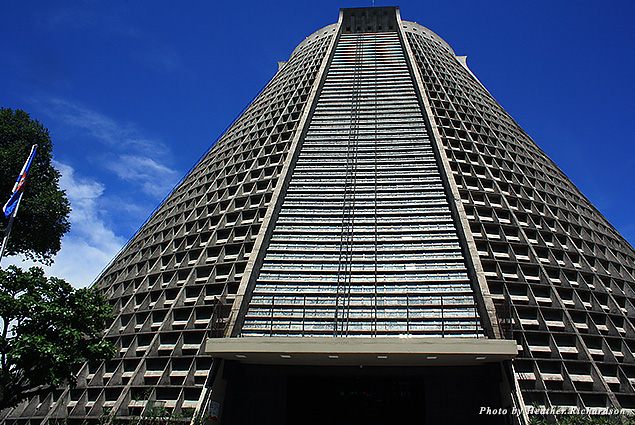 The beach is a central part of life in Rio, and sections are often distinguished by the lifeguard towers (postos). Try the popular area between posto nine and 10 on Ipanema Beach. Leblon tends to be the choice of carioca celebs. The south end of Copacabana is good for surfing and the Farme de Amoedo section of Ipanema is an LGBT spot. Tip: Locals don’t take towels to the beach but use sarongs instead; doing likewise will stop you from looking like too much of a gringo. 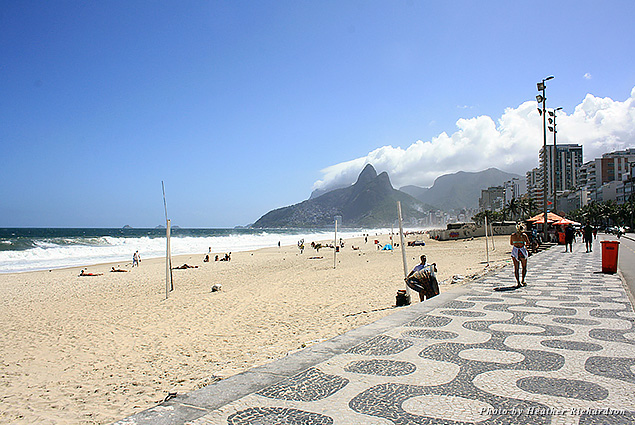 These multi-coloured steps are another must-see when in Rio. Jorge Selarón, the Chilean artist, created the stairs that run between Lapa and Santa Teresa, with 250 steps in total and more than 2,000 tiles from all over the world, including many painted by Selarón himself. He started the project as a broke artist who wanted to renovate the stairs in front of his home in Lapa, but it soon took on a grander scale. A sad twist to the ever-changing work of art, which Selarón worked on tirelessly, is that the artist was found dead in early 2013 on the very steps to which he dedicated so much of his life.

If you’re not staying at the Copacabana Palace it’s worth popping in for lunch by the pool at Pérgula Restaurant to get a taste of one of the most famous hotels in the world. If you’d like something more upscale, why not book the Chef’s Table for dinner? This table is set right in the kitchen, where you’ll be served an exclusive menu with wine pairing.