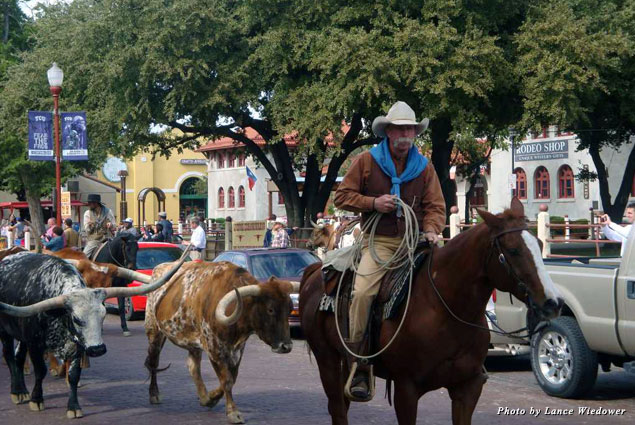 When you hear Fort Worth, do cowboys, barbecue and Tex-Mex food, and country line dancing come to mind? Or is it art, fine dining, and cool jazz? The common answer might be the former, and it would be correct. But the latter is also spot on, as Fort Worth, Texas, has one of the country’s great arts districts, not to mention the world-class Bass Performance Hall, a cutting-edge dining scene, and music that goes beyond country and Western. 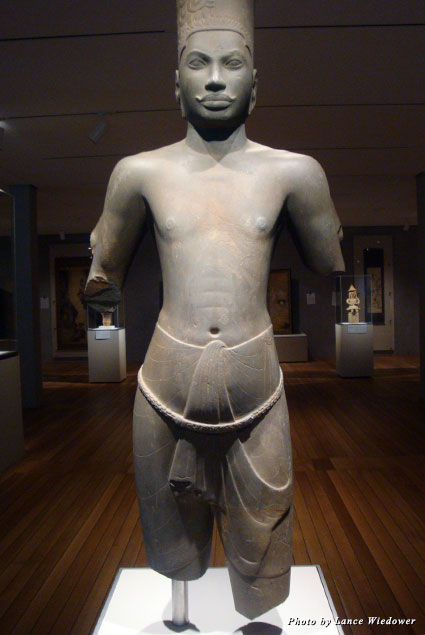 Fort Worth is cowboy culture, but it’s also arts culture. The city is at the intersection of cowboy and arts, and it can be seen by the diners wearing boots and sexy attire at stylish restaurants such as Ellerbe Fine Foods in the Near Southside district. It’s also in the saddle during the twice-daily cattle drive in the Stockyards National Historic District. This Texas city has one eye on its rich past while the other looks ahead to its place at the table with the world’s great cultural centers.

In the coming weeks, the Dallas-Fort Worth Metroplex will be the center of the American sports conscience when the NCAA Final Four is played in the massive AT&T Stadium in Arlington, which sits in the middle of the two cities. ESPN will call Downtown Fort Worth’s Sundance Square home throughout the championship week, meaning America’s sporting eyes will be focused on Cowtown.

But what city will sports fans see on TV? Here’s hoping the commentators stay away from clichés and show the real Fort Worth. Here are some focal points where the cameras should be pointing: 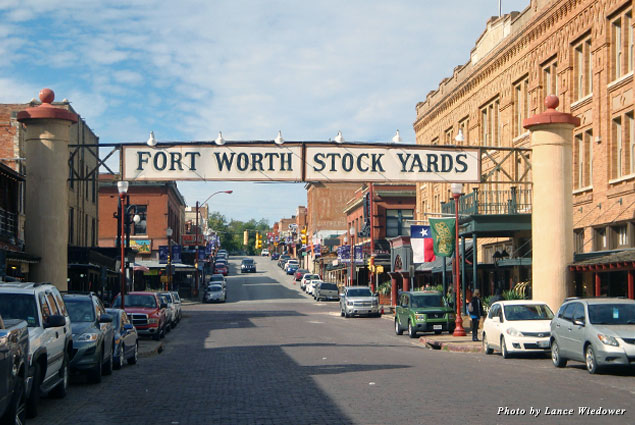 This, it could be argued, is the heart of Fort Worth. It isn’t a hokey re-creation of what Fort Worth was like 100 years ago. The Stockyards is a living, breathing museum of the cattle industry that drove Fort Worth’s growth. The Stockyards district has some of the city’s top restaurants and shopping, museums devoted to cowboy culture, nightlife, and much more. 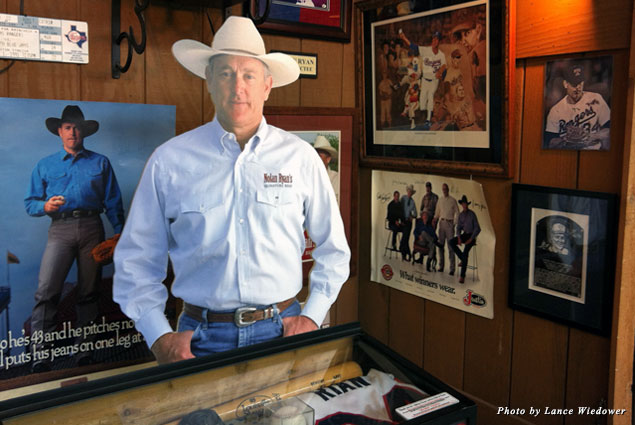 At the Texas Cowboy Hall of Fame, learn about Texas men and women who have contributed to the Western lifestyle and the sport and business of rodeo. It’s an eclectic group, ranging from country music superstar George Strait to baseball hall of famer Nolan Ryan. There are more than 20 shops in the Stockyards Station, not to mention several handcrafted Western-wear stores. There is a rodeo in the district’s Cowtown Coliseum every Friday and Saturday. 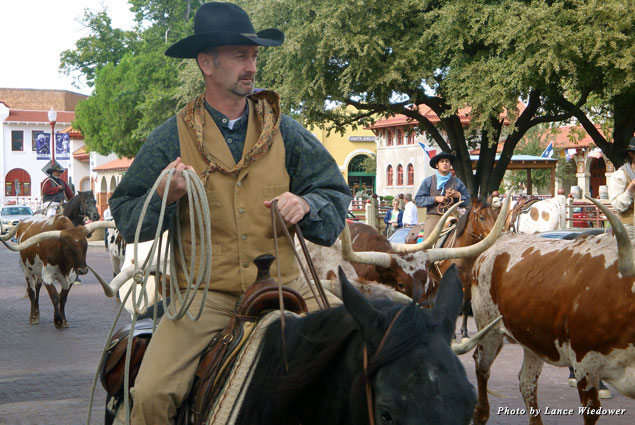 But the highlight, especially for children, might be the daily Fort Worth Herd Cattle Drive that takes place at 11:30 a.m. and 4 p.m. The cowboys participating in the drive play the part, with authentic clothing from the post-Civil War period during which the drives were most popular. These men aren’t actors; they’re honest-to-goodness cowboys who take pride in telling this piece of American history.

And as already mentioned, the district has several restaurants. When I called Dallas home several years ago, I visited Riscky’s Barbecue in the Stockyards many times. But on this most recent visit, I discovered a new favorite, Cooper’s Old Time BBQ and its famous big chop. Everything is big in Cooper’s, from the food to the large cafeteria-style dining room. 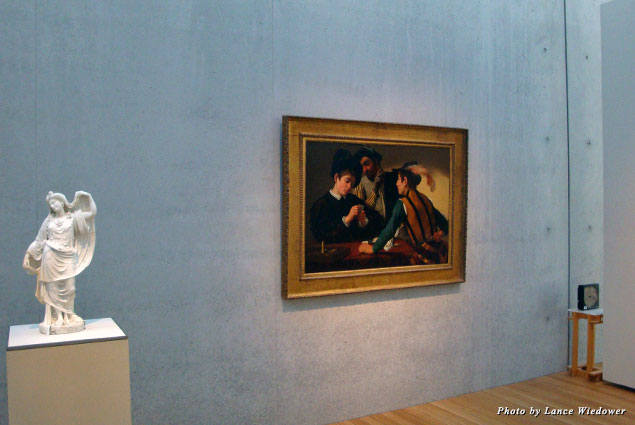 Fort Worth’s cowboys and arts cultures intersect in the city’s Cultural District, a neighborhood just to the west of Downtown that features five museums in a park-like setting. Museums include the Amon Carter Museum of American Art, Fort Worth Museum of Science and History, Kimbell Art Museum, Modern Art Museum of Fort Worth, and the National Cowgirl Museum and Hall of Fame.

The best part of the district, other than the world-class art, is that it’s all walkable. Obviously with five museums—not to mention the Fort Worth Botanic Garden, Omni Theater/Noble Planetarium, and the Will Rogers Memorial Center, among other attractions—there is too much to see in just one day. 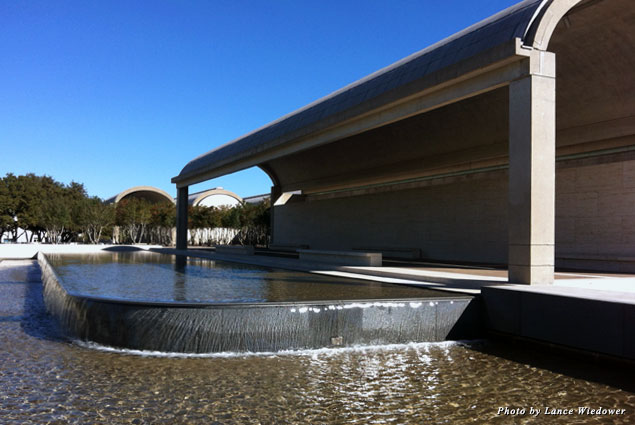 If I could pick just one, I’d see what special exhibit might be on display at the Kimbell. Even if there isn’t anything of note, the newly opened Renzo Piano Pavilion and the museum’s permanent collection are worth a couple of hours. The museum features masterpieces from antiquity to the 20th century, including works from Cezanne, Matisse, Picasso, and Rembrandt, and is the permanent home to Michelangelo’s first painting, “The Torment of Saint Anthony.” 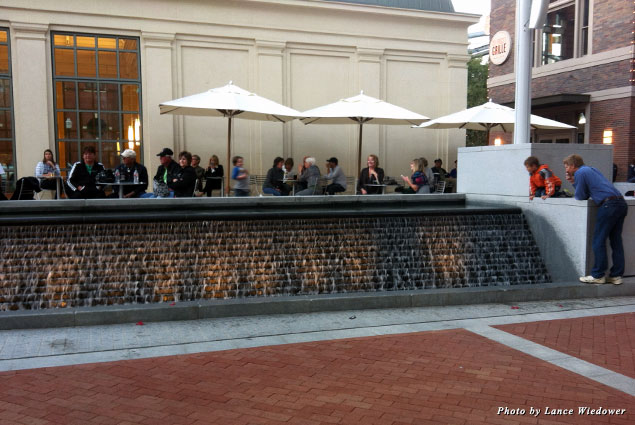 With restaurants, bars, and even the popular Scat Jazz Lounge, Sundance Square is an obvious destination for nightlife, but there are plenty of shops and museums—including the Sid Richardson Museum and its collection of American West art—to make this a daytime destination, too. 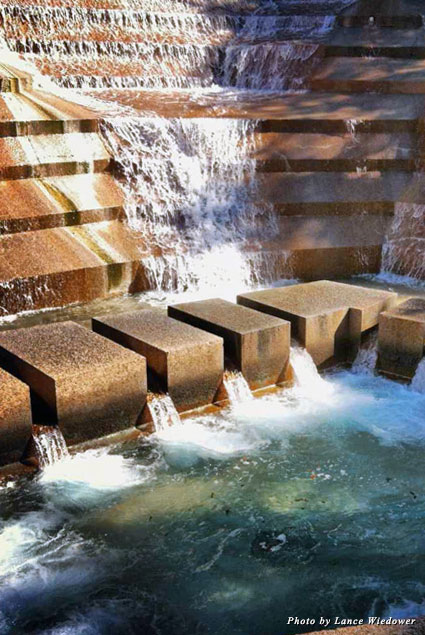 And just four blocks to the south of Sundance Square Plaza is the JFK Tribute on the spot where the late president gave a speech the day he was assassinated in nearby Dallas. A short walk farther is the Fort Worth Water Gardens.

If that’s not enough …

If this list isn’t enough, Fort Worth has a world-class zoo, plenty of racing action at the Texas Motor Speedway, more than 40 miles of hiking and biking paths along the Trinity Trails, and a local craft beer and whiskey scene worth checking out. If you’re lucky, you might be able to catch a tour at the Firestone & Robertson Distilling Co., the only artisanal bourbon distillery in North Texas.