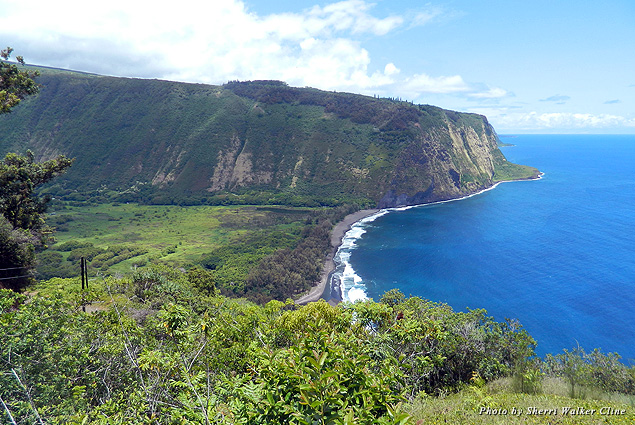 Growing wine grapes is a risky business. Drought, frost, and phylloxera are just a few of the potential plagues that can quickly turn a promising harvest into a financial disaster.

On Hawaii’s Big Island, “vog” is just another threat waiting to destroy a wine grower’s dreams. A toxic mix of fog and sulfur dioxide from nearby Kilauea Volcano, vog can settle in the vineyard when the trade winds die and literally burn the grapes right off the vine.

Despite the threat of vog, owners Del and Marie Bothof have found Volcano Winery—and their new tea plantation—is their paradise, a spot where they can take the challenges of grape growing and transform them into award-winning wines that have found fans both on and off island. 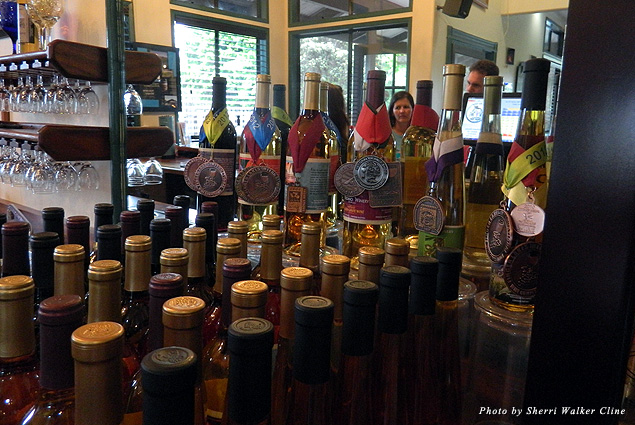 Like the rest of this dynamic island, Volcano Winery represents one of the great paradoxes of Hawaii: One of the most destructive forces on Earth has created a paradise, where the primal power of the Hawaiian volcano goddess, Pele, is never far from one’s mind. Unique among the islands of Hawaii, the Big Island preserves that active connection to the undersea hot spots that created this archipelago over the last several millennia.

Larger by far than all the other Hawaiian islands combined, the Big Island retains an agrarian feel; coffee, macadamia nuts, beef, and papaya are still grown here, although the pineapple and sugar cane farms that used to coat the island have moved to cheaper locales in Asia and South America. Travelers to the Big Island discover a world of diversity, where eight of the world’s microclimates exist within a few hours of one another. A visit to this island can be equally diverse; luxurious resorts, quaint bed, and breakfasts and comfortable vacation rentals are all available on the Big Island, which also hosts traditional hotels, farmhouse stays, and camping. 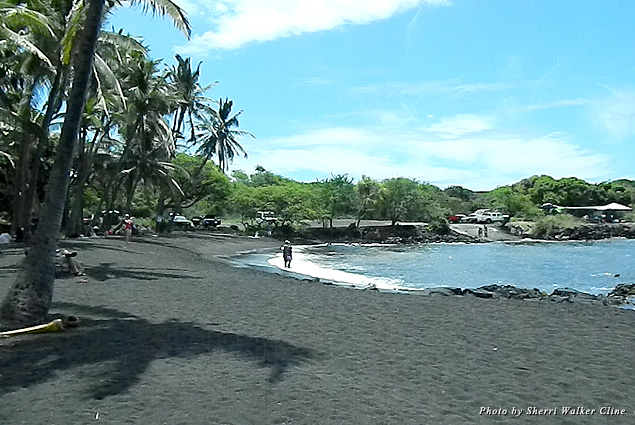 No visit to Hawaii Island is complete without spending at least a few hours at Hawaii Volcanoes National Park. Nowhere else on earth can you get as close to the power of a volcano as you can here, where Kilauea still smolders, steam vents spew sulfur, and lava flows consume the road. A stop at the visitor center is a must here; toxic gas and lava often change which areas of the park are open, and park rangers have current details and a wealth of fascinating information to share. Jagger Museum, Thurston Lava Tube, and the Chain of Craters Road are highlights of the park, as is Uncle George’s Lounge at Volcano House Hotel, where after sunset you can watch the glow from the lava-filled caldera while enjoying cocktails and appetizers. 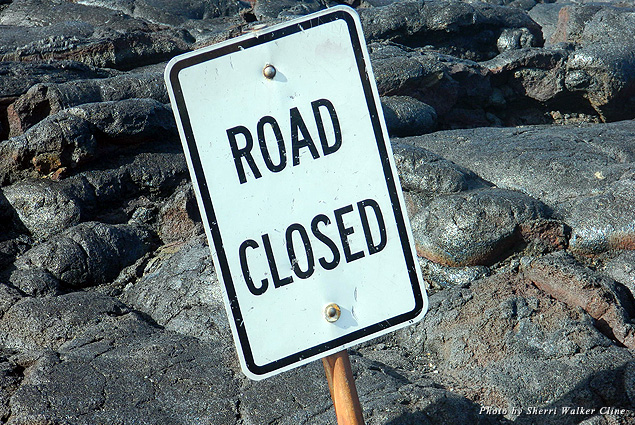 If the volcanoes have shaped the islands of Hawaii, it’s the Pacific and its trade winds that have transformed them, bringing plants, marine life, and eventually, people. Discovering the wonder that is created at the confluence of ocean and island is something best done from the water. Dolphins frolic, brightly colored fish dart, and warm waters beckon from many spots around Hawaii, but few consistently provide all three as Kealakekua Bay. Steeped in history, this is the spot where Captain James Cook met an untimely end after a series of misadventures and misunderstandings with the native Hawaiians. Exploring this bay is best done with a knowledgeable guide with access who can share the history and biology of the area. 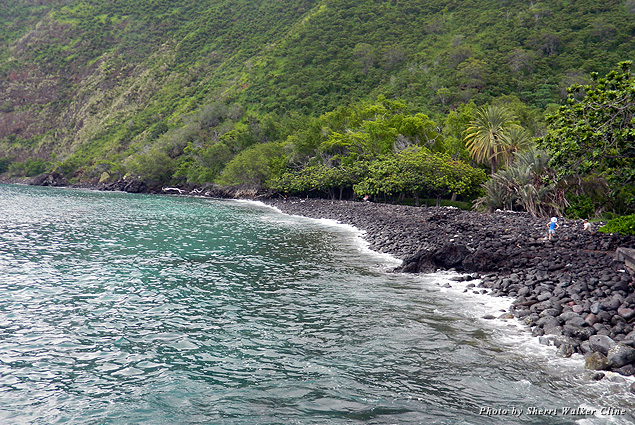 Kona Boys is one of the very few companies that has a permit to guide both kayakers and land kayaks on the far, protected side of this bay, making them a great choice for a half-day tour. After kayaking across the bay and usually encountering the spinner dolphins that come here to play and rest during the daylight, Kona Boys guides adventurers ashore and provides a quick snorkeling lesson. The warm Pacific beckons, and the reef reveals schools of brightly colored fish that quickly emerge like a spilled box of crayons. Rays and eels dart amongst a fish fan’s dream: yellow tangs and butterfly fish, damselfish and filefish, frogfish and lizardfish and, of course, the Hawaiian state fish, the iridescent, irresistible humuhumunukunukuapua’a, which is much more fun to see than it is to spell. After an hour of peaceful floating in this calm bay, the guides from Kona Boys serve lunch and talk story. A quick dip to look for any fish you might have missed before lunch, and it’s time for the relaxing paddle back across Kealakekua.

Kona Boys is the latest iteration of a kayak culture that goes back thousands of years in Hawaii. The native Hawaiians arrived here from the east, the farthest ranging of an explorer culture that plunged fearlessly into the vast reaches of Earth’s greatest ocean, pushing past the bonds of safety and the boundaries of the known. Polynesian explorers set out from the eastern Pacific to discover a range of island chains scattered across thousands of miles of the Pacific Ocean—the farthest west of which was the islands of Hawaii. 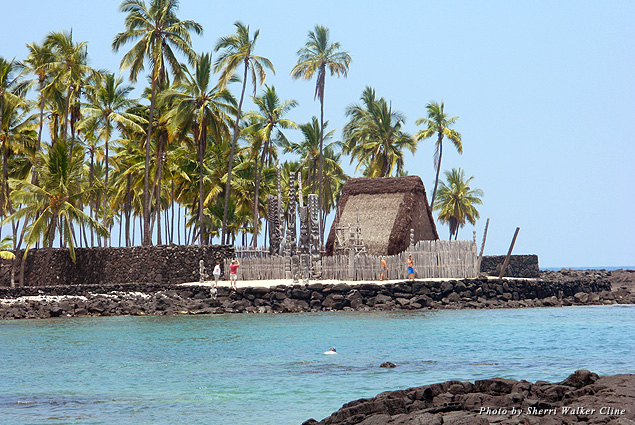 Discovering that explorer culture and the astronomical landmarks that guided them can be done at the ‘Imiloa Astronomy Center, a fascinating combination of planetarium, science museum, and cultural center. Run by the University of Hawaii at Hilo, ‘Imiloa is a perfect place to marvel at the night sky and the achievements of those Polynesian explorers whose bravery and thirst for discovery put the European explorers to shame. 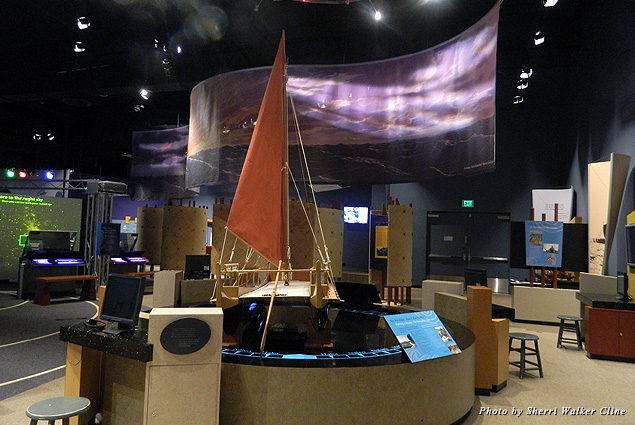 ‘Imiloa is open six days a week and offers a number of daily programs in the planetarium as well as a variety of cultural events throughout the year. Astronomy fans won’t want to miss the “Skies Above Hawai’i: Live Sky Program,” a 3D exploration of the night sky that allows viewers to experience the vastness of space and learn the native names of—and stories behind—familiar constellations.

That dome of constellations seems bigger on the Big Island, where light pollution can easily be escaped and the connection to the cosmic seems closer. Perhaps it’s the proximity of the primal power that created this island that has become paradise for so many. 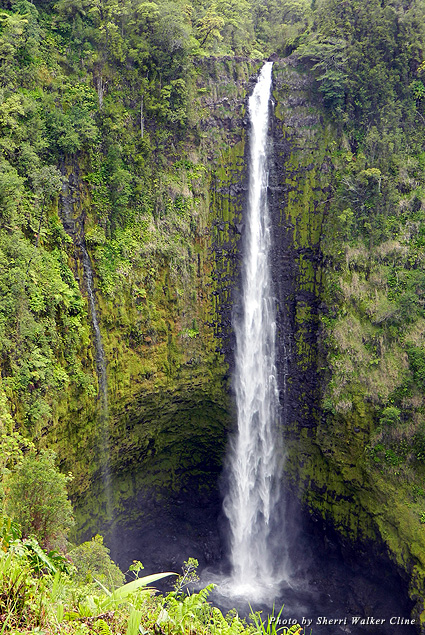 The next island, Loihi, is already being born. About 20 miles south of the Big Island, lava bubbles toward the surface, laying down magma that—10,000 years or so from now—will emerge from the ocean, the latest child of Pele, continuing a process that has crafted paradise from fire for eons.