Croatia in Spring: A Culinary Tour on the Continental Side 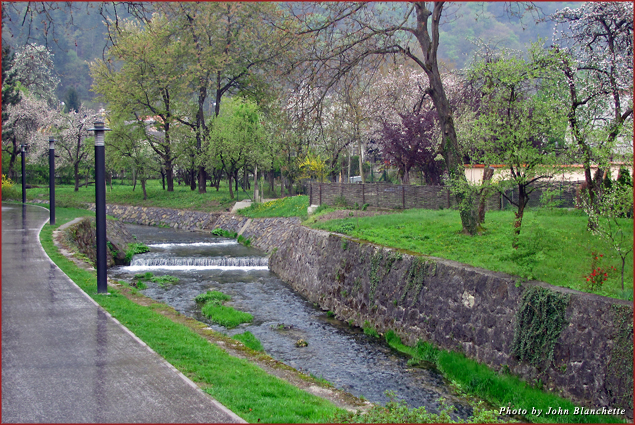 English writer Geoffrey Chaucer described April as the welcomed month, ending the drought of March and bringing forth spring flowers and new growth. American poet T.S. Eliot called it the cruelest month, breeding lilacs out of the dead land and reminding us that nature rejuvenates while we only age. 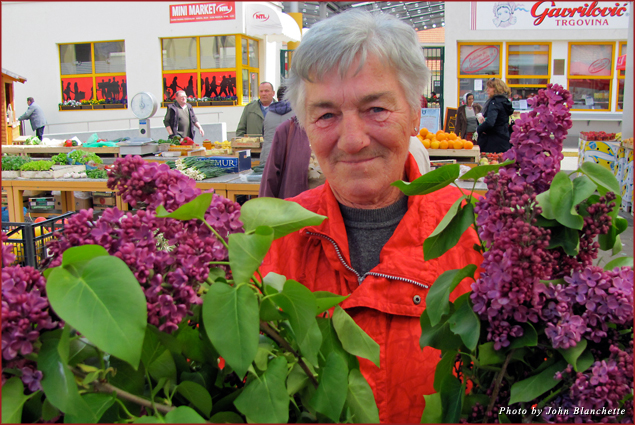 It was mid-April in Croatia when I visited, and the skies had opened up, bathing the land in much needed rain and returning nature’s bounty. Lilacs, narcissus, crocus, and daffodils were fragrant in the air; the farmlands, vineyards, and trees were sprouting; and the nightingales, kings of avian love songs, were “makin’ melody,” leading the high-flying brotherhood in celebrating the new season of hope and expectation. 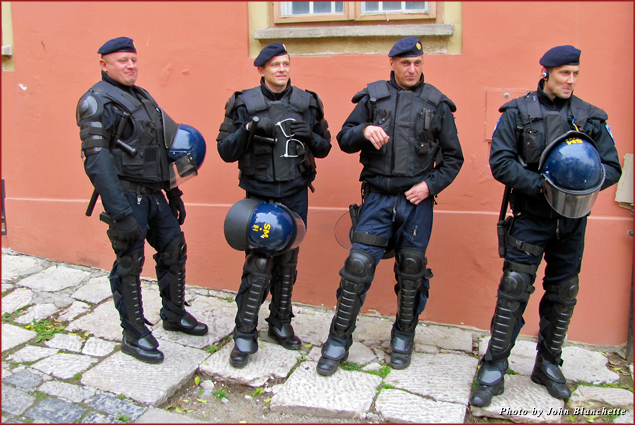 It had been 17 years since the fighting ended in the Croatian War of Independence, but scars were still visible amidst the now blooming economy and the return of tourism. Bullet-riddled homes and buildings pepper the landscape, even in Zagreb, the country’s capital. Some are left as reminders, others have been repaired or are in the process of healing, and some have been abandoned and are fading slowly into the landscape. More than 12,000 Croatians died in the conflict and 40,000 were wounded.

About the size of West Virginia, Croatia is shaped something similar to a turkey wing, with the Adriatic’s Dalmatian Coast pointing down towards Dubrovnik at the feather tip, and Zagreb sitting just east of the crook in the wing. The country is bordered to the north, clockwise, by Slovenia, Hungary, Serbia; tucked under the wing is Bosnia-Hersogervina; and Montenegro shares a slip of land on the Adriatic. The country is 87 percent Catholic. 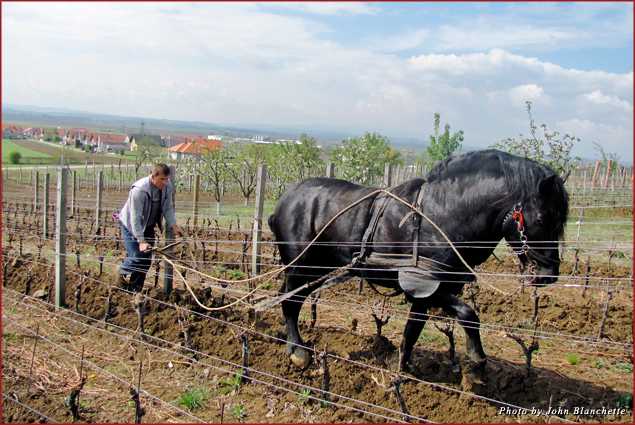 I was to explore the continentally influenced central and eastern regions. This is the breadbasket of the nation, formed between the Danube and Sava Rivers, which flood the farmlands on a regular basis, leaving nutrient rich deposits that over the years have created a deep, rich, and black topsoil in the Slavonia plain. The plain grows amazing produce from potatoes to tomatoes, grains to grapes, greens and grasses for meadow animals. Delicious cheeses are a result. 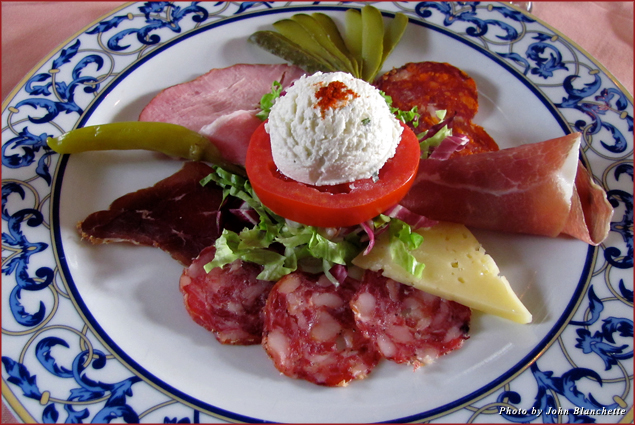 The proximity to the Adriatic provides an abundance of seafood, and the love of pork produces some of the best hard sausage I’ve ever eaten, especially the spicey kulen, which is ubiquitous and hangs from rafters throughout the country. The local farmer’s markets were filled with delicious produce from these fertile fields. 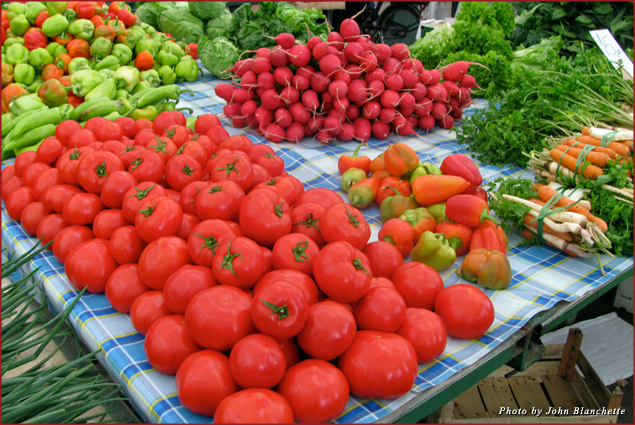 Nearly one million people live in the capital and surrounding area, one-fourth of the country’s population. The nation has the most dynamic economy of any of the post-Yugoslavia countries and is slated to join the European Union in 2013.

English is widely spoken, but it helps to know a few phrases in Croatian. For example, “hello” is “dobar dan” or, informally, “bok.” Say “zivjeli” when you raise your glass, “vino” for “wine,” and “pivo” for beer. “Thank you” is pronounced “vala,” “ne” is “no,” and “yes” is “da,” which to the uninitiated ear seems to be the most used word in the language. I used it a lot when ordering pivo and vino, zivjeli!

Also widely enjoyed is fruit brandy; I especially liked the blueberry, honey, and plum brandies, called Sljivovica. My favorite wine was Grasevina, similar to a dry riesling, and my beers of choice were Pan, Karlovacko, and Osjecko. Croatians are the 15th leading consumers of beer per capita, and I had my share at the Bulldog Pub in Zagreb. Beware if you are a non-smoker as there are no restrictions on cigarettes. 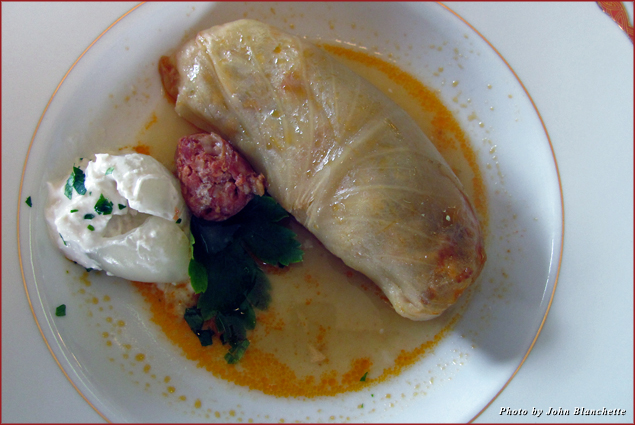 Among its more noted accomplishments, Croatia quarried the stone used to build the American White House, and the tie (also known as a cravat) was invented here, as were the fountain pen and the mechanical pencil. The country’s greatest scientist was Thomas Edison’s rival Nikola Tesla, who has streets dedicated to him all over the country.

I arrived in Croatia during the 4th Annual Wine Gourmet Weekend. Thousands jammed the venues over the three-day event, which featured hundreds of vineyards. These are sophisticated growers who make world-class wine, especially the whites. Croatia is also where the zinfandel grape had its origin; it was brought to Italy’s southern boot region of Pulia then transported to America in the mid-1800s when emigrating Italian winemakers settled in California. The zinfandel grape was a secondary grape that never reached its full potential in Europe, but was perfected in America.

Croatian-born winemaker Mike Grgich was one of the winemakers to put America on the map in 1976 at the infamous tasting in Paris, when his Napa white from Chateau Montelena and Stag Leap’s red beat the French in a blind tasting. I met George Taber, author of “Judgment of Paris,” during my tour. Taber’s book chronicled the tasting and became the basis for the movie “Bottle Shock.” He was the Paris Associated Press journalist who covered the event and reported it to the world. 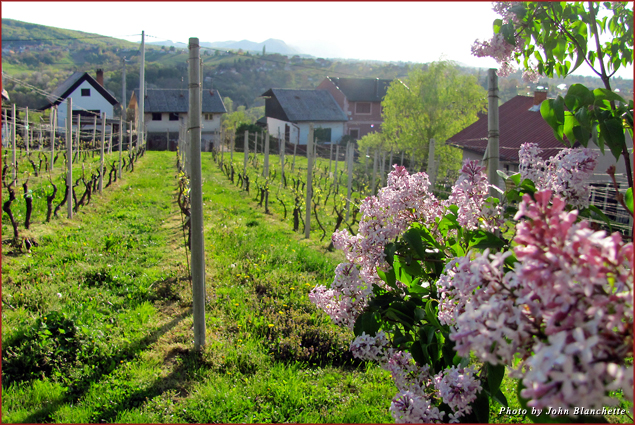 Traveling east of Zargreb, I visited a number of boutique, medium, and large size vineyards, which were uniformly excellent. In Kutjevo, I had lunch at Krauthaker Vineyards and was served sarma, a delicious stuffed cabbage in a broth with horseradish sauce. I couldn’t get enough of the fried bread that absorbed the juices. That evening I dined at the oldest wine cellar in Croatia, Kutjevo Winery.

In Slavonski Brod, I tasted the elegant wines of Cikulin Vineyards, and in the lovely village house Sobe Tankic, the family entertained us with traditional music while we dined on homemade sausages, cheeses, and a feast of national dishes from shepherds stew to fish paprikash, a delicious meal prepared with red peppers and wine. 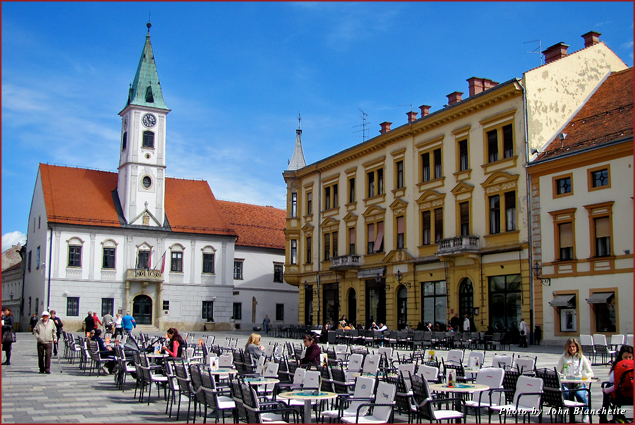 Traveling east again through black soiled fields with crops pushing up as far as the eye could see, I headed for the wine road through the Baranja Hills and the largest vineyard in the area, Belje. I had lunch in the Belje Cellar in Knezevi Vinogradi, built in 1526. Their Grasevina is available in the U.S. online on the Belje website. 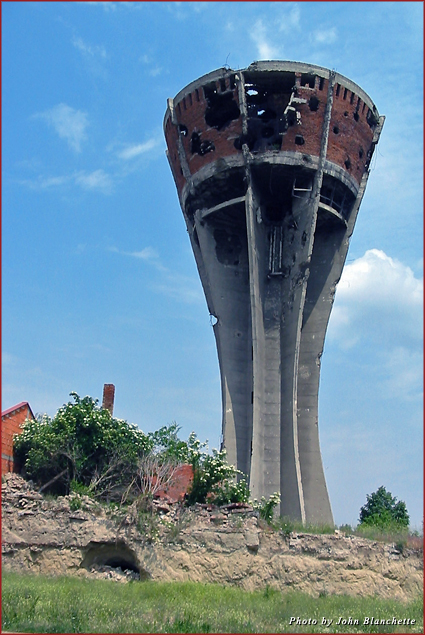 In the little village of Zmajevac, which is home to migrating storks who build huge nests on specially designed poles, I dined and drank in the old Josic wine cellar, which was converted into a restaurant. A Croatian mariachi-style band moved from table to table, serenading us and playing familiar folk songs that locals joyously joined.

Traditional folk music, dance, and the costume and hair preparations that accompany them are widely appreciated and practiced, especially in the countryside.

In the town of Ilok, Croatia’s easternmost city, I attended a wine dinner at Stari Podrum Cellar Restaurant and sampled at Principovac Estate Winery. I also tasted the local cuisine at Zlatne Gorice, a country estate that overlooks the vineyards.

Varazdin was once the capital of Croatia; next to Prague, its elegant Baroque central square is the most intact in Europe.

The Baroque city of Vukovar was heavily damaged during the war and the scars are still visible. It lies along the Danube across from Serbia. The bomb-damaged water tower looms over the town as a reminder of war’s toll, and a tour of the local cemetery is sobering with all the graves installed between 1991 and 1995.

In Zagreb, I stayed at the Astoria Hotel and the impressive Palace Hotel, which has a storied history and a long list of celebrity guests, including Bobby Fisher, Sophia Loren, and Orson Welles. In Slavonski Brod, I stayed at the Art Hotel, which lies on the Sava River, the border with Bosnia-Herzegovina, and in Osijek, I stayed at Hotel Osijek, a modern building along the banks of the Danube River. All the hotels provided free access to the Internet.

For all the fauna and flora that promise so much in the spring, it was delivered in Croatia, truly a land of great bounty, expectation, and hope. According to National Geographic Traveler, Croatia is one of the top 20 destinations in the world.

Read more about Croatian wines from Cliff Rames, sommelier at the Plaza Hotel in New York and of Croatian descent. The Croatian National Tourist Board can provide maps, brochures, and housing information.