Classic Films + Bubbly at Top of the Mark 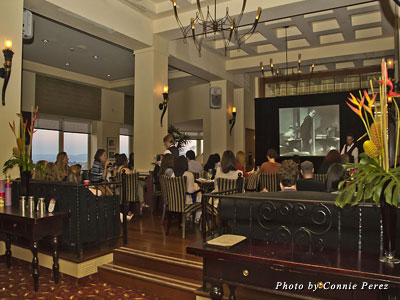 One of my favorite summer activities is Movie Night at the Top of the Mark. This year they showcased classic Hollywood films, along with complementary wine tasting, signature cocktails, Mark popcorn, and gorgeous views. We arrived early to enjoy the ambiance of the Top of Mark, celebrating its 85th anniversary this year. It was one of those rare summer evenings, with clear skies, uninterrupted panoramic views, and a perfect sunset. 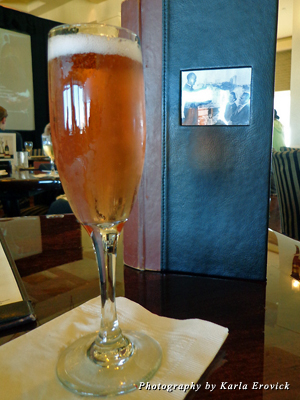 During movie nights they offered complimentary wine tasting before the start of the film, from a different winery each month. Domaine Chandon Brut and Brut Rose were poured through June; Wild Horse Chardonnay and Pinot Noir during July; and Spellbound Chardonnay and Petite Sirah were available in August. 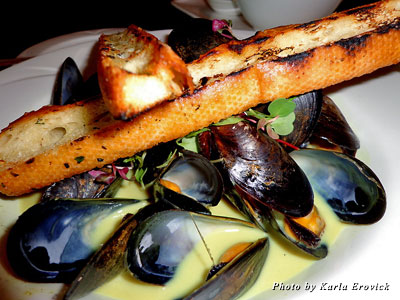 As lovers of all things bubbly, we opted for a bottle of Domaine Chandon Brut to accompany the Hitchock classic Rear Window. The updated menu provided plenty of tasty snacks from which to indulge. The pot of mussels in a lemongrass, coconut milk, and red curry paste was delicious and satisfying, while the chips provided a salty balance. Dessert options included s’mores fondue with marshmallows for dipping and pot de crème with Kahlua, simply heavenly. 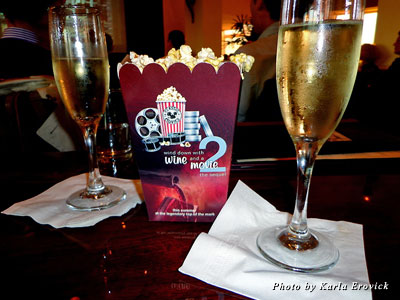 Complimentary Mark popcorn was dispensed from a movie popcorn machine into their own custom popcorn holders – so classy! The spectators were hipsters, tourists, and stylishly dressed locals. Once the movie started, conversation halted as the drama of the film unfolded. 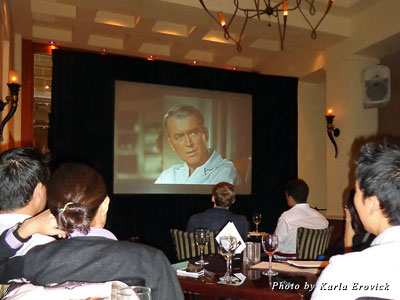 The Top of the Mark has been at the heart of celebrations in San Francisco for 85 years. During the early days it was the place to dance to big bands and be seen by the glamorous social set. During World War II it was the venue for military personnel enjoying themselves before shipping out. Today it remains one of San Francisco’s iconic places. The 100 martinis is just one of the reasons. 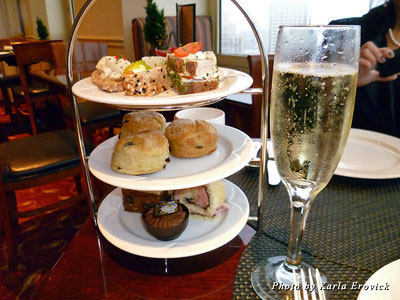 Throughout the year, you can enjoy Sunday champagne brunch, afternoon tea, or a cocktail. The marvelous views afforded from here are worth the elevator ride up to the 19th floor. The Top of the Mark is consistently rated one of the 26 “World’s Best Hotel Bars” by Forbes. Tony Bennett obviously left his heart here, at the Top of the Mark.

Enjoy a romantic getaway at the Mark Hopkins in one of their 381 guest rooms or 32 suites. Dine at Luce, the Michelin-starred restaurant at the sister InterContinental property for dinner and sip cocktails with a view at the Top of the Mark for an unforgettable evening. 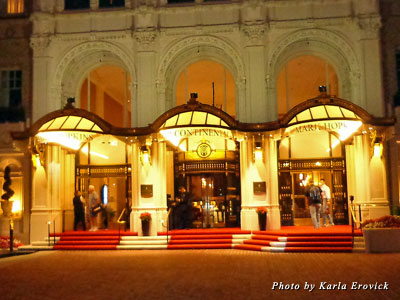 Details: Mark Hopkins is located at Number One Nob Hill in San Francisco. Visit their website for more information about overnight stays or to visit the Top of the Mark. Valet parking is available and the hotel can also be reached via the cable car. Movie nights run from May through September 4, 2012 and will be concluding this season with The Wizard of Oz.