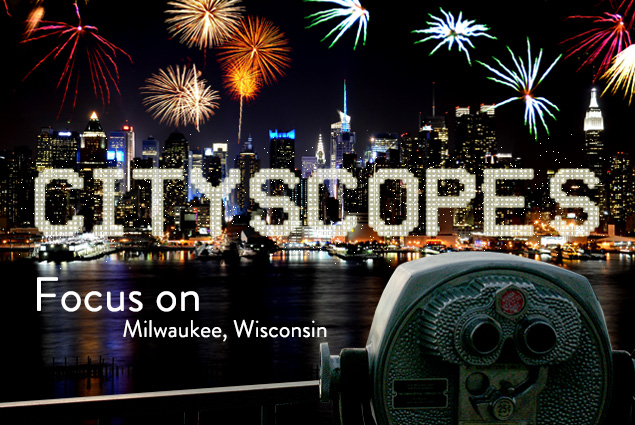 Set on the southwestern shore of Lake Michigan, Milwaukee, Wisconsin, welcomes visitors with true Midwest hospitality. The city’s hot and humid summers don’t deter those who flock to the waterfront each year to celebrate Milwaukee’s history and culturally diverse population with a variety of festivals. And Milwaukee locals are happy to join you in enjoying a pint or a Midwest-style Bloody Mary (served with a chaser of beer, of course). 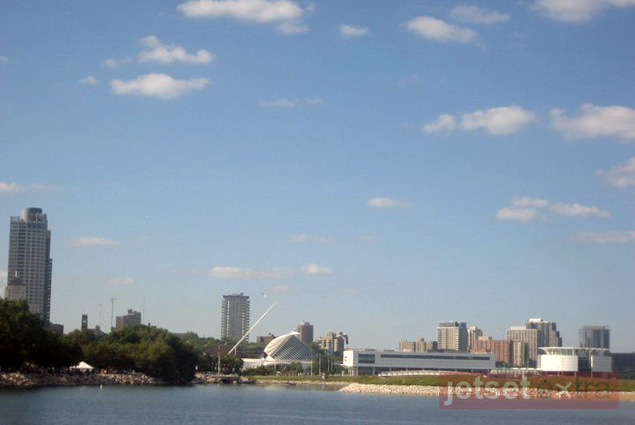 My fiancé’s father lives in Wisconsin just across the Illinois border, and for the last three years I’ve joined him on his annual visit to the state. The town his dad lives in is a small one, and while we love spending time there we also plan day trips to other parts of Wisconsin, especially Milwaukee.

For two years in a row, we happened to visit during Summerfest (going on now through July 6), the world’s largest music festival, held in Henry Maier Festival Park. This year, however, we visited a few months early and realized there was a hole in our Milwaukee itinerary that Summerfest had filled in the past. We discussed our options—brewery tours, a Milwaukee Brewers baseball game—and noticed a trend: It all involved the consumption of alcohol.

Which begged the question: In a city where the mascot for one of its professional sports teams is a person who makes beer, what is there to do besides imbibe in a variety of lagers and ales?

As it turns out, Milwaukee offers quite a lot more than that.

We chose to spend some time exploring the Milwaukee Art Museum, which has 30,000 works of art on display. The 341,000-square-foot museum spans four floors and more than 40 galleries, with a collection that is rotated regularly. The main level contains most of the galleries, displaying art from antiquity to the present. I was partial to the Renaissance, Baroque, and European and American artwork and especially loved that the museum had a gallery dedicated to Wisconsin-born Georgia O’Keeffe (she’s a relation on my mother’s side). 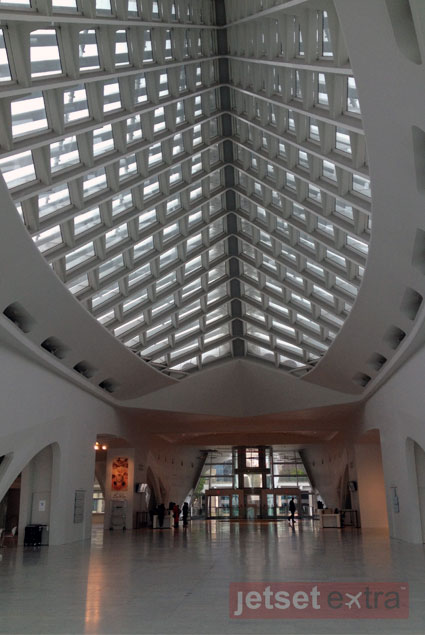 While the Milwaukee Art Museum is filled with work from important artists such as Pablo Picasso, Winslow Homer, Andy Warhol, and Auguste Rodin, the institution itself is a work of art. The architectural landmark consists of three buildings: the War Memorial Center, designed by Finnish-American architect Eero Saarinen; the Cudahy Gardens, designed by landscape architect Dan Kiley; and the Quadracci Pavilion, designed by Spanish architect Santiago Calatrava.

The sculptural, post-modern pavilion is a magnificent sight both inside and out. I was in awe upon entering the building as I gazed up at the 90-foot-high vaulted glass ceiling (called Windhover Hall) and out toward Lake Michigan. Outside, the Burke Brise Soleil sun-screen sits atop Windhover Hall; its wings open when the museum does at 10 a.m., close and reopen again at noon, and close for the evening at 5 p.m. (8 p.m. on Thursdays).

As previously mentioned, Summerfest is a huge draw for music lovers. I attended in 2011 and 2012 and had an opportunity to see bands including Fitz & the Tantrums, Young the Giant, and Imagine Dragons. These concerts are held over the course of several days and include a range of musical genres; most are held at stages located throughout the festival grounds and are included in the price of admission. There are also headliner shows at Marcus Amphitheater, which require a separate ticket for an additional fee. 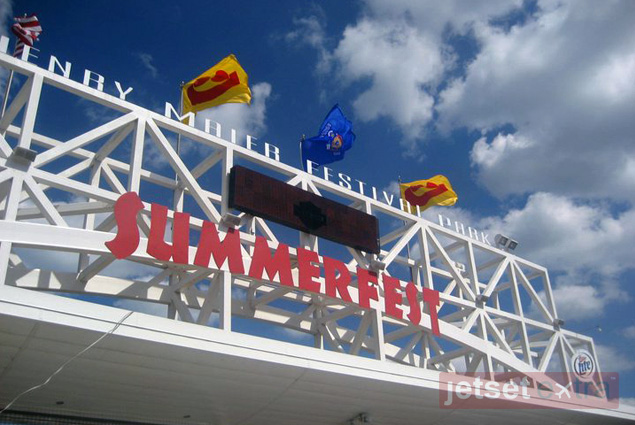 Meeting the Henry Maier Festival Park at Lake Michigan is the Milwaukee River, which runs through the city’s downtown. Milwaukee has made good use of the river’s prime location, creating a two-mile-long RiverWalk to give people easy access to public artwork, shops, restaurants, brewpubs, and nightlife.

One of my favorite spots to stop along the RiverWalk is Rock Bottom Restaurant & Brewery, a chain restaurant with several locations throughout the United States. The Milwaukee location has an outdoor patio overlooking the river and has proved to be an excellent place to grab a bite to eat before heading to Summerfest for the evening. 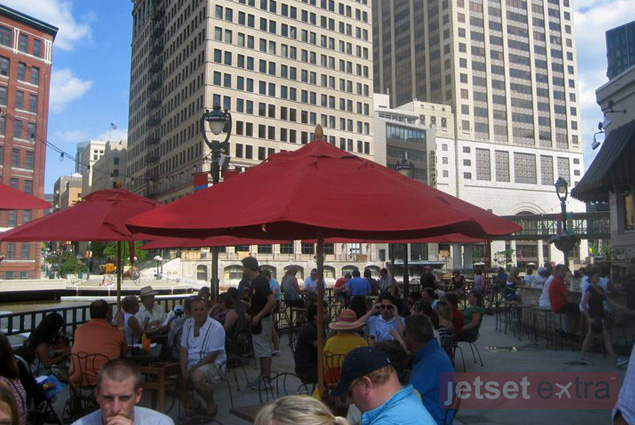 If classical music is more your thing, the Milwaukee Symphony Orchestra performs from September through May. A few blocks south, the Milwaukee Repertory Theater consists of the Quadracci Powerhouse Theater, the Stiemke Studio, the Stackner Cabaret, and the Pabst Theater and presents a mix of iconic productions, new playwrights, and holiday performances. For 39 years, the Rep has upheld the tradition of showing Charles Dickens’ “A Christmas Carol” throughout the month of December.

Additional institutions worth a visit include Discovery World and the Milwaukee County Zoo. Discovery World’s 120,000-square-foot facility is all about exploration, enticing visitors with learning labs, interactive science and technology exhibits, television and audio studios, theaters, and fresh and saltwater aquariums. At the wooded 200-acre zoo, guests can observe more than 2,000 mammals, birds, fish, amphibians, and reptiles in specialized habitats, as well as attend wildlife shows and check out fun attractions. 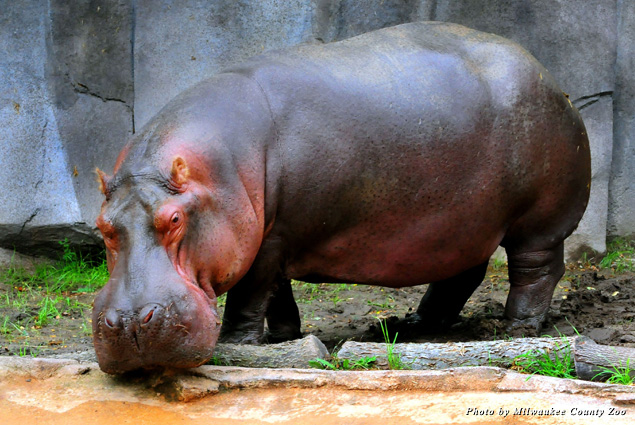 Of course, no trip to Milwaukee would be complete without exploring the city’s deep connection to the beer industry.

It began with the beer-loving Germans, who arrived in Milwaukee in the 1850s and set up breweries, establishing around two-dozen of them by the middle of the decade. At around the same time, many other new immigrants arriving in Wisconsin were wheat farmers. The state became the second-ranked wheat-growing state in the country by 1860, with port city Milwaukee shipping more wheat than any place in the world.

From there Milwaukee’s brewery industry grew, eventually providing the home for four of the world’s largest beer breweries: Miller, Pabst, Schlitz, and Blatz. Miller Brewing Company is still in operation today and holds the title as the United States’ second-largest brewer; its Milwaukee Brewery is the nation’s oldest still-functioning major brewery. Visitors can take in 155 years of brewing history during a tour of the brewery, which of course includes beer samples enjoyed in the Bavarian-style Miller Inn or at the outdoor beer garden.

We opted to forgo the large-scale brewery tour this time around and instead check out Lakefront Brewery, a microbrewery in Brewers Hill. The tour costs just $7 a person and includes four sample pours of beer and a souvenir pint glass to take home. We arrived about half an hour before the next tour, which gave us time to try a couple of the beers on tap and enjoy the atmosphere in the brewery’s giant indoor beer hall.

It was an interesting and enjoyable tour, and I would absolutely go back to the brewery to enjoy a Lakefront pint and order food off the delicious-sounding beer hall menu (which included sausage and cheese boards, Bavarian pretzels, and dessert). 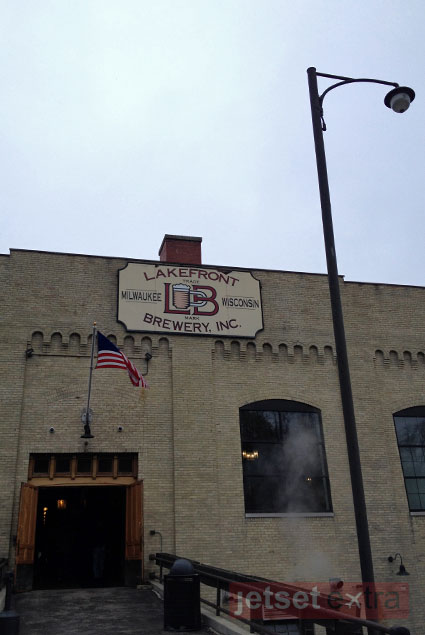 For a deeper look into Milwaukee’s brewing industry history, take a tour of Captain Frederick Pabst Mansion, which helps preserve the legacy of the beer baron and his family. Group tours are offered daily from mid-January to mid-November, with mostly self-guided tours offered during the holiday season. A behind-the-scenes Grand Tour is held on select dates from February through October and takes visitors through the historic home—one that consists of 20,019 square feet, five floors, 37 rooms, and 10 bathrooms.

Milwaukee’s beer-covered roots travel all the way to Miller Park, home of Major League Baseball’s Milwaukee Brewers. This is a fun stadium to visit and a great place to connect with locals and experience that Midwest hospitality. I do recommend paying attention to the weather when purchasing your tickets to a game. Although the stadium has a retractable roof, it seems it’s mostly used during rainstorms; I was once stuck melting in 100-degree heat because we didn’t check to make sure our seats were in the shade. I’ll never make that mistake again. 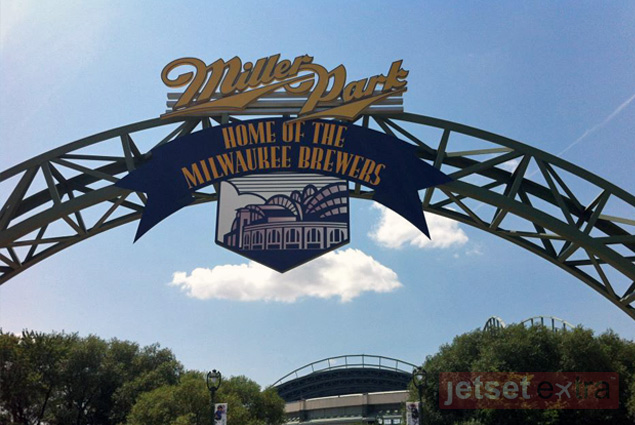 One of the most enjoyable parts of a Brewers game is the Sausage Race, held during the bottom of the sixth inning. Klement’s Racing Sausages are named for local Klement’s Sausage Company—whose sausages are served at the park—and include Brett Wurst (a bratwurst), Stosh Jonjak (a Polish sausage), Guido (an Italian sausage), Frankie Furter (a hot dog), and Cinco (a chorizo). Miller Park employees don the sausage suits and race from between the dugout and the baseline around third base toward first. Choose your favorite and cheer him on. 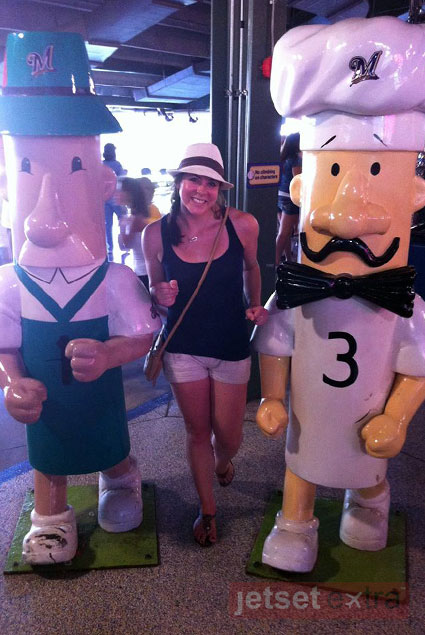 With all the focus on beer, there’s one more place I want to mention. Although Sobelman’s Pub & Grill does serve a selection of beers on tap, the real draw here is “The Bloody Masterpiece,” a Bloody Mary that contains 13 garnishes (including a Brussels sprout, a shrimp, and a bacon cheeseburger slider) and is served with a small beer on the side. It’s a meal in itself, but Sobelman’s—which is located near Miller Park in an old Schlitz tavern—is also known for its burgers with names such as the Piggyback (pork belly, friend onions and mushrooms, bourbon sauce) and the Hangover (Colby-jack cheese, smoked bacon, fried egg). 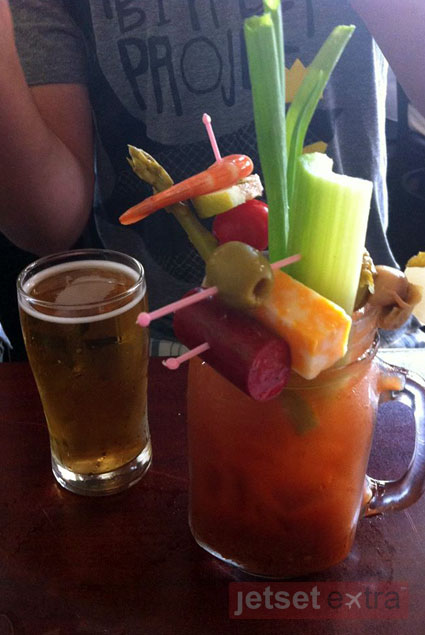 In Milwaukee, you’re invited to eat, drink, and enjoy a Bloody Mary garnished with a cheeseburger slider. But that’s only one aspect of the city’s culture. Be sure to also take time to explore the museums and the zoo, attend a festival, walk along the river, and soak up the spirit of the American Midwest.