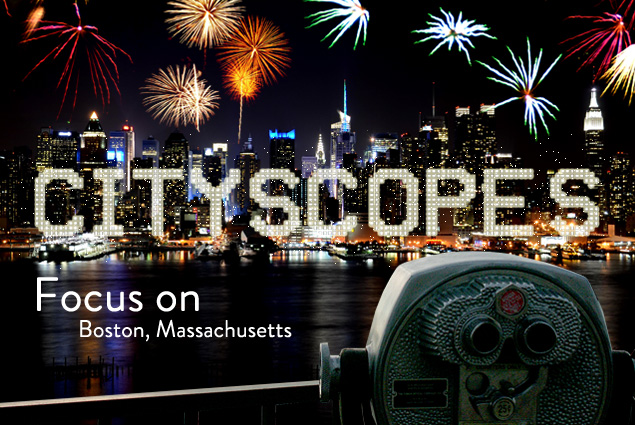 In 1630, Puritan colonists from England founded the city of Boston, now the capital and largest city of the Commonwealth of Massachusetts. Located on the Shawmut Peninsula, the city became the site of several crucial events in the American Revolution, including the Battle of Bunker Hill, the Boston Massacre, and the Boston Tea Party. I was drawn to Boston for its intense connection to the history of the United States. There have been a lot of firsts here, and there are many businesses still in operation today with the designation as the oldest in the country. 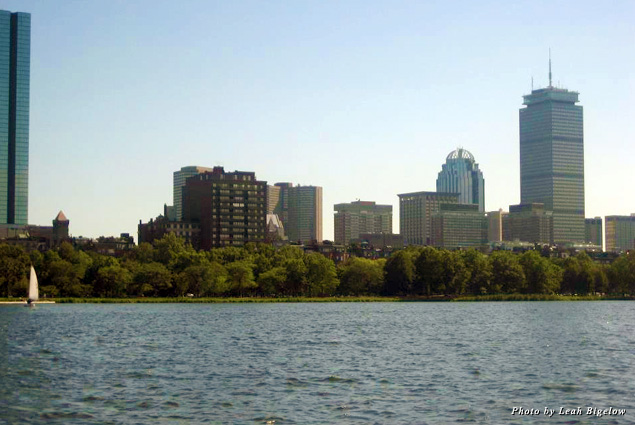 Established in 1826, Union Oyster House is considered Boston’s oldest restaurant as well as the oldest restaurant continually in service in the US. Diners enjoy seafood, soups, salads, and an oyster bar within a building that has been standing since before the Revolutionary War. We ordered clam chowder and a Sam Adams beer—two must-haves when in Boston—and soaked up the history of a place once frequently patronized by former Massachusetts senator Daniel Webster, members of the Kennedy family, and Louis Phillippe, before he became king of France. 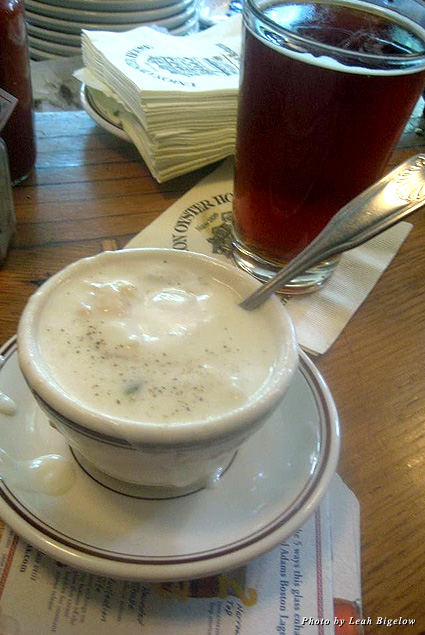 A few doors down on Union Street is the Bell in Hand Tavern; its 1795 establishment date makes it the oldest tavern in the country. The Bell in Hand’s façade, as well as the storefronts of other buildings on this more than 300-year-old street, retain their colonial character—a fact my Disney-overloaded mind had trouble grasping. This wasn’t some reimagining based on dated drawings and descriptions, this was real life, preserved and maintained over centuries in order to hold onto an important part of the country’s past.

Another element Bostonians have cherished throughout the years: a devotion to its sports teams. The Red Sox were founded in 1901 and Fenway Park has been the team’s home ballpark since 1912 (making it the oldest ballpark in Major League Baseball). The Boston Bruins are the National Hockey League’s oldest team in the US and one of the Original Six franchises. They share a home arena, the TD Garden, with the National Basketball Association’s Boston Celtics, which were founded in 1946 and were one of eight out of 23 teams to make it out of the league’s first decade.

It is no wonder Boston has a reputation for being home to some of the most passionate sports fans. They take a great deal of pride in their town and in their teams’ storied histories of losing streaks and championship titles. If you can’t catch a game at the home stadiums, I recommend joining fans at McGreevy’s on Boylston Street; established in 1894, the venue is—you guessed it—considered America’s first sports bar. 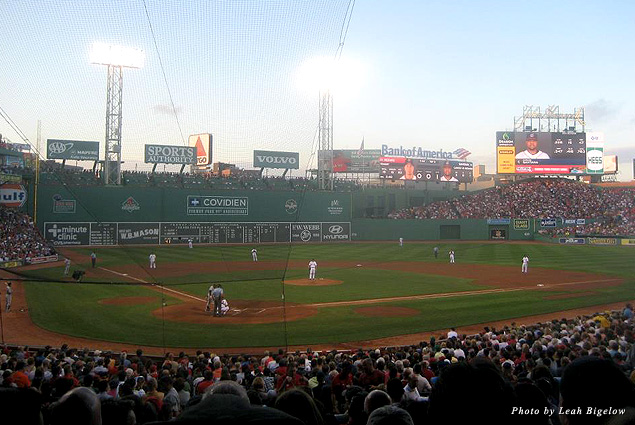 Speaking of bars, Beantown Pub might not have as long of a history, but it does have some pretty old neighbors. Due to its location across the street from Granary Burying Ground, this pub is the only place in the world where you can drink a Sam Adams beer while looking across the street at the gravesite of the real Samuel Adams. Creepy? Yes. But it’s also kind of cool.

The cemetery is not only Adams’ final resting place but also contains grave markers for former Massachusetts governors, Boston mayors, and additional signers of the Declaration of Independence, including John Hancock. Its importance in history puts it on the path of Boston’s Freedom Trail, a two-and-a-half-mile route marking 16 historically significant sites.

North of Granary Burying Ground along the trail is the Old South Meeting House, touted as the place where the Boston Tea Party began. Its prime location in the heart of downtown Boston attracted colonists, who gathered there to discuss and debate British rule. Thoughts of rebellion and of America’s future developed within these walls, and it still stands today as a symbol of the country’s fight for independence. 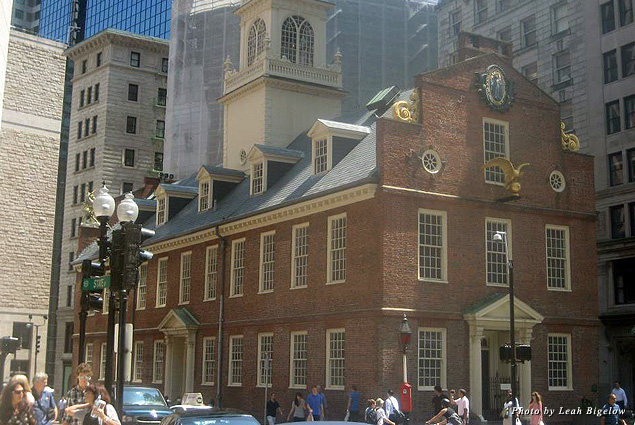 Faneuil Hall Marketplace lies on Boston’s eastern waterfront and is across from Boston City Hall. The marketplace consists of Faneuil Hall, built as a gift to the city in 1742; Quincy Market, an add-on to the hall in 1826 and named after Boston mayor Josiah Quincy; and North Market and South Market. Where merchants, fishermen, and meat and produce sellers once set up shop, modern-day food and goods vendors now peddle their wares; where colonists once met to protest the Sugar Act of 1764, locals and visitors alike now enjoy its revival as an urban marketplace.

On the city’s western waterfront is Beacon Hill, one of the oldest neighborhoods in the United States. Within the confines of Storrow Drive and Beacon, Bowdoin, and Cambridge Streets, you’ll find the gold-domed Massachusetts State House, the pub that inspired the television show “Cheers,” and Acorn Street, a one-block-long cobblestone road thought to be the most photographed street in the country. 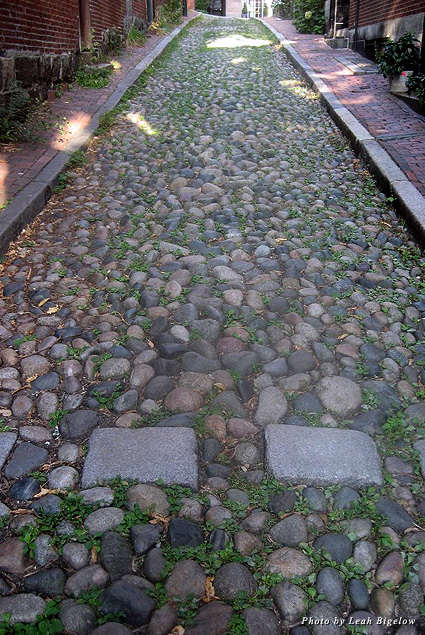 Across from the State House lies the Boston Common and the Boston Public Garden. Once owned by Reverend William Blackstone, the first European person to settle in Boston, the Boston Common dates from 1634 and is considered the oldest city park in the country. Though it has been used for many different purposes throughout its history, today the Common’s 50 acres include softball fields, a grassy area, a Frog Pond, statues and monuments, and the southern end of the Freedom Trail, which begins near Park Street Station.

The Boston Public Garden is one of my favorite places to visit in the city. It was the first public botanical garden in the US and was created with a strong influence from the Victorians; their traditions are still carried on today by the Boston Parks and Recreation Department, which cares for the wide variety of unique and colorful plants. To add an even more historical touch to your time here, hop aboard a swan boat for a ride in the lagoon—an attraction provided by the Paget family for more than 130 years. 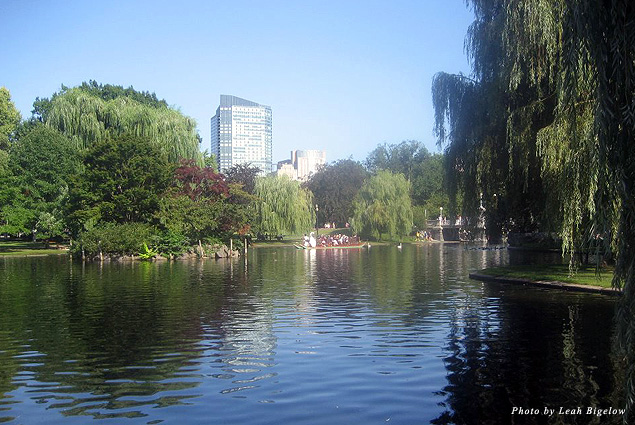 Moving on from swans to ducks, Boston Duck Tours offers an overview of the city from a seat inside a World War II-style amphibious landing vehicle. It’s a way to see everything I’ve mentioned above and more in one fell swoop—great for those looking to get their bearings in a new city. Departing from several locations throughout Boston, the tour travels across the bridge to Charlestown to see Bunker Hill and the USS Constitution and transforms from a bus to a boat for a ride on the Charles River, with views of Cambridge and the Massachusetts Institute of Technology.

We also caught a glimpse of the Old North Church, which will forever be known as the site where two lanterns were hung to signify the British were advancing across the Charles River. If you’ve ever heard the saying, “One if by land, two if by sea,” this is where its origins lie. It spurred the beginning of the American Revolution and stands as yet another Boston landmark with a powerful connection to United States history. 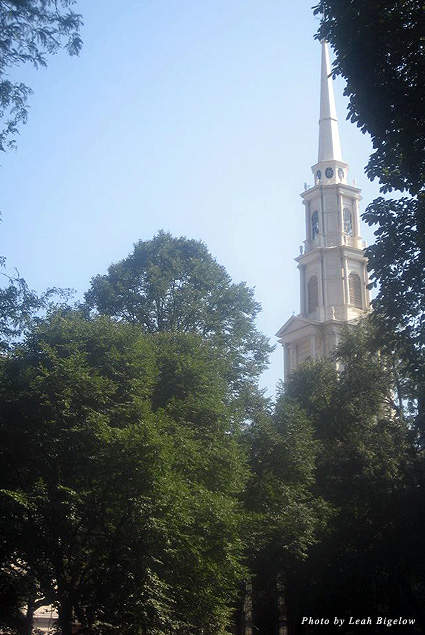 We caught our Duck Tour at the Shops at the Prudential Center, a shopping mall with a Skywalk Observatory offering 360-degree views of the city, and decided to return to “the Pru” later that night for drinks and live jazz in the lounge area of Top of the Hub. It was a perfect way to end our time in Boston, looking out at the city and all the places big and small that hold such strong ties to the past. It was I think the thing I loved most about Boston, the way the city works to preserve these monuments and pass on the tale of its prominent part in America’s origin story.