Centouno Brings a Hundred and One Delicious Things to Oakland 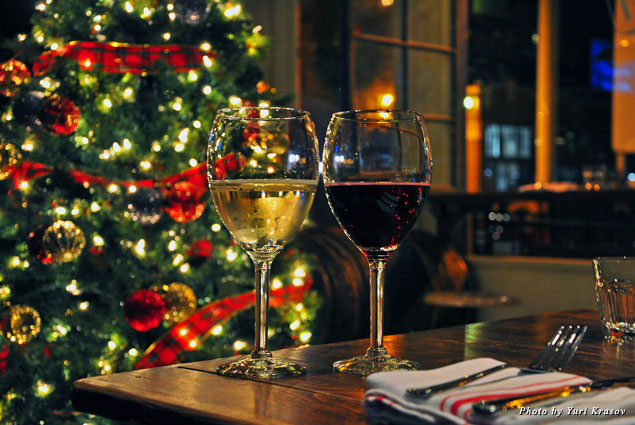 Right before Christmastime, lively Jack London Square neighborhood in Oakland, California, received a lovely gift, as if especially delivered by Babbo Natale from the Old Country. Elegantly packed in a corner shop of a 1909 historical building, Centouno Taverna opened its doors at the street number 101, hence the numerical name of the establishment.

Once known as the Overland House, because it was the venue where travelers completed their overland journey before setting sail on the Pacific, the building was also a favorite haunt of the famous American author Jack London. 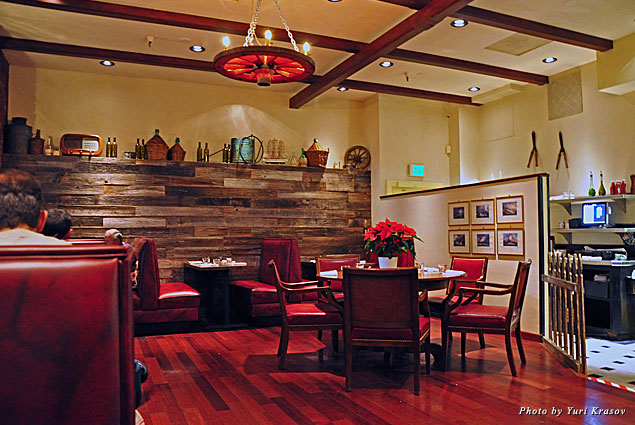 With so much history present at the arrival of the newcomer, Centouno had to live up to the expectations of the local gourmands used to culinary innovations in their city. Fabio Dalle Vacche, chef/proprietor, decided to present his childhood’s Italian comfort food in a small plate, family-style format attractively priced to satisfy the discerning diners.

Fabio’s culinary career started at his family’s trattoria in the Parma region and later led him to opening Borgo Italia in Old Oakland and consulting for restaurants in New York City. His mother, Luigina, contributed her rich hands-on experience to the Centouno debut menu and helped create a setting evocative of her own kitchen in Italy. 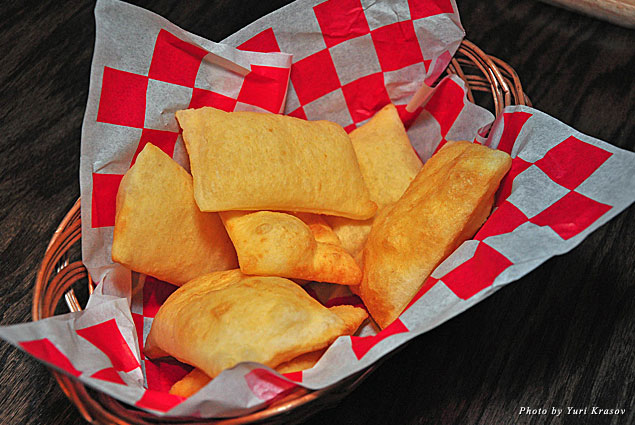 Of course, hearty yet elegant Italian cuisine is the major draw at Centouno. On the night we dined, my husband and I started with a star antipasto torta fritta con salumi—thin dough pillows served with cured meats—pancetta, prosciutto cotto, prosciutto di Parma, and salami Emiliana. According to our friendly server, this dish is unique to Centouno and only Fabio’s mamma and his wife know the recipe. 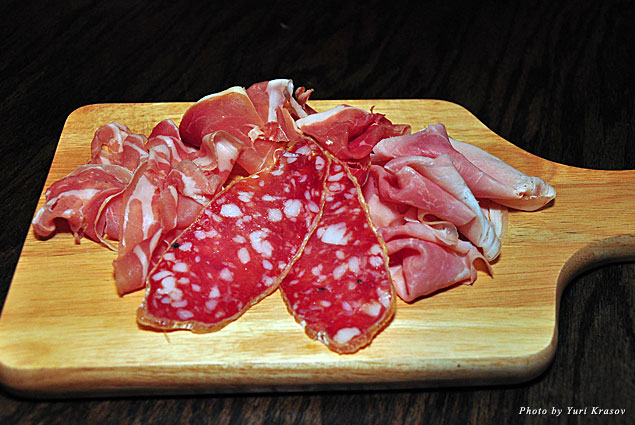 Advised how to enjoy it properly, I opened up one side of the torta and stuffed it with a slice of pancetta. Tender white fat started to melt inside the hot dough resulting in the most incredibly delicious sandwich I’ve ever tried! 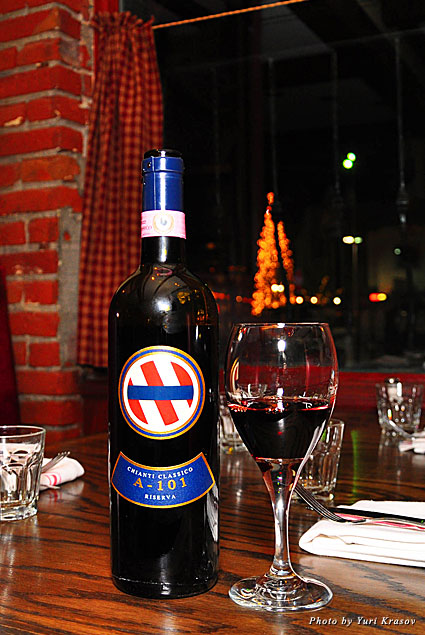 The accompanying Chianti Classico (95% sangiovese, 5% canaiolo) had a curious name, A-101, as if directly referring to Centouno, and was indeed an appropriate pairing for the restaurant’s signature dish. 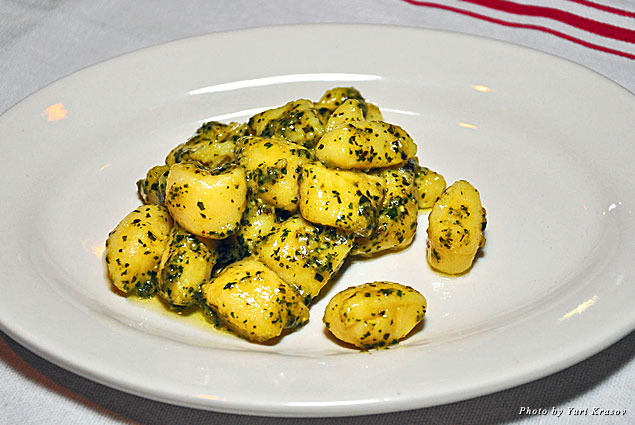 House-made gnocchi di patate with a traditional pesto Genovese were plump and soft and immeasurably superior to all other gnocchi known to me, so early in our dinner it began to look as though the new restaurant was set up to become my new favorite. 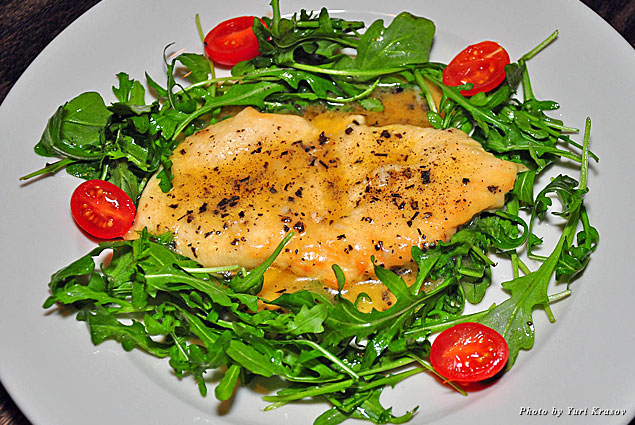 From the meat section of the menu I picked the very first item, scaloppini erbe fini, and was amazed once again at the fragrance and juiciness of thinly sliced and pounded chicken breast smothered in lemon sauce, sage, and rosemary. Deliciously smoky MaiMai Syrah from New Zealand made a great match to my relatively light main course. 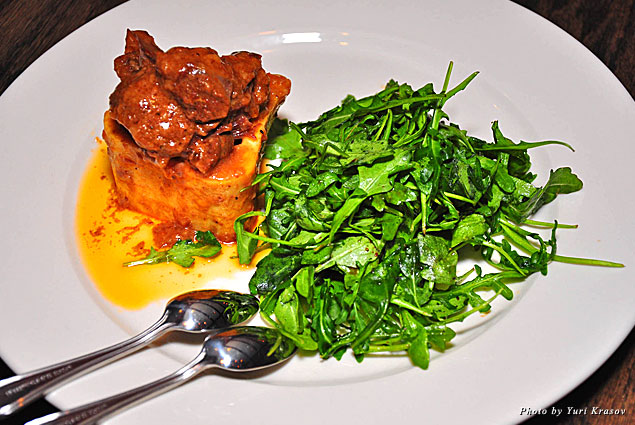 My husband’s ossobuco was made of a beef shank braised with white wine and garnished with fresh arugula. It was paired with Fratelli Toso Nebbiolo from Tuscany, Italy. 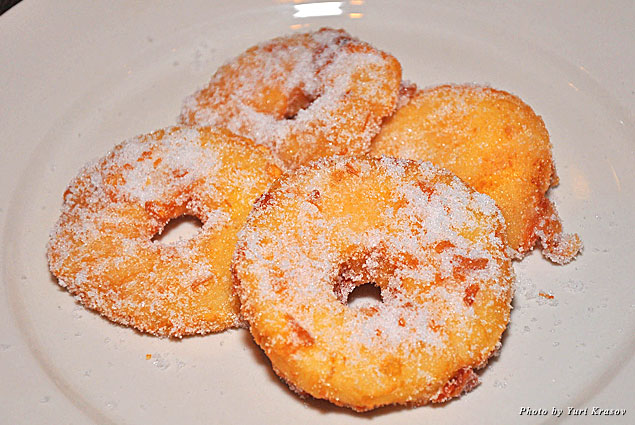 Not surprisingly, by the end of our meal we became good friends with Fabio, and he even showed me a baking mold for his next creation, also unique to the establishment and coming from a time-honored Italian tradition. Now I can’t wait to try that new thing and to learn its melodic name.