Celebs Unite in the Fight to Cure Lupus 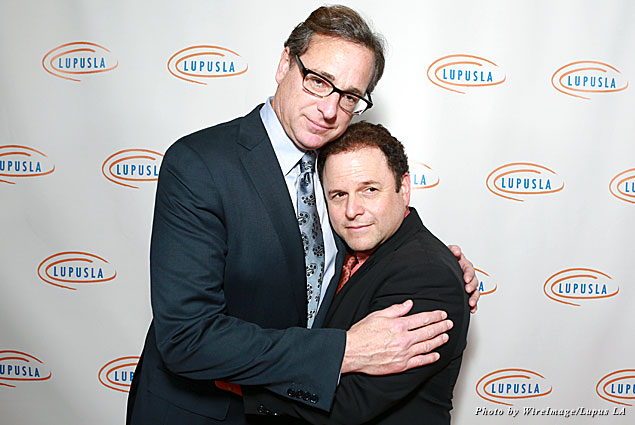 You know it’s a big night in Beverly Hills when balding funnyman Jason Alexander puts on his hair to go out. That’s exactly what he did on May 9 as he headed to the Beverly Wilshire Hotel to be honored at the 13th Annual Lupus LA Orange Ball.

The award-winning actor (who is best known as George Costanza from the long-running sitcom “Seinfeld”) took home the organization’s Loop Award for his work in raising awareness of autoimmune diseases such as lupus and scleroderma, a disease his sister Karen suffers from.

“These are horrible, brutal diseases,” Alexander said soberly, after his pal Patrick Warburton of “Seinfeld” and “Rules of Engagement” fame gave him a raucous introduction. But he soon lightened the mood, joking “I wore orange in honor of lupus … and I wore the hair in honor of lupus, too!” 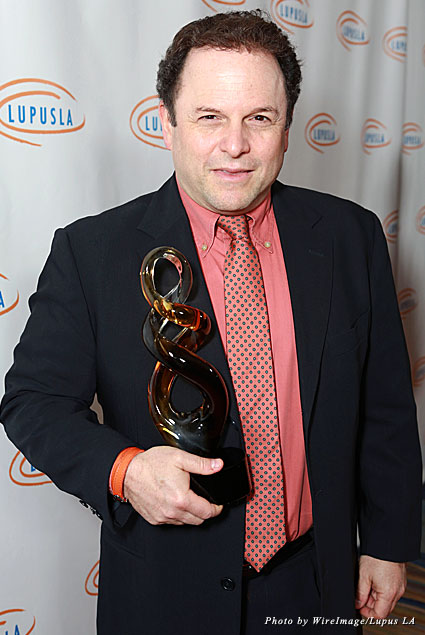 Host Bob Saget, who lost his sister Gay to scleroderma in 1994, did his best to control himself, but that’s almost impossible for the potty-mouthed comedian.

“They said to please keep it clean as there are kids in the house, and I understand that,” Saget chortled, adding, “But I have an orange ball—just one of my balls is orange, just one!”

Saxophonist Mindi Abair played a few pretty tunes, and “End of the Rainbow” star Tracie Bennett channeled Judy Garland while singing “The Man That Got Away.” Then singer Toni Braxton, who suffers from lupus herself, honored Dr. Jay N. Schapira with the organization’s Daniel J. Wallace Founder’s Award and serenaded him, too. 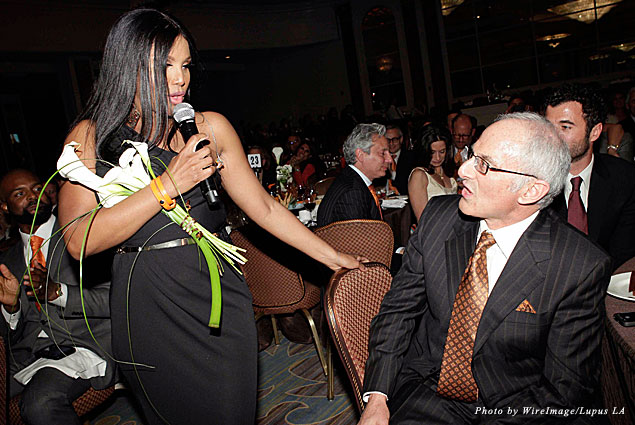 Also on hand to support the cause were actors Michael B. Jordan, James Leisure, Sufe Bradshaw, and Kellie Martin, along with Backstreet Boys member Howie D. Dr. Stanley J. Naides was also honored with the Medical Visionary Award on this night that raised nearly half a million dollars toward the cause of finding a cure for Lupus.