Bunnyland: A Peek at the Playboy Mansion Grounds 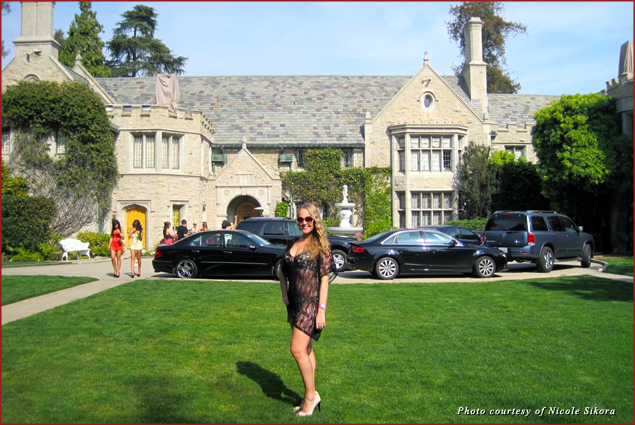 I threw back a glass of wine and tried to swallow my inhibitions before leaving the comfort of my room and heading down to the large lobby of the Beverly Hilton …in nothing but lingerie. I was about to be shuttled to a highly exclusive party at the Playboy Mansion, where I would get to take my first of several peeks inside the world of Hugh Hefner and his Playboy Bunnies.

Last fall, a friend of mine convinced me to apply with her for an opportunity to help host a local golf scramble as a “Girl of Playboy Golf.” More than anything, I saw it as a fun and unique way to meet people, volunteer for charity, have fun, and enhance my practically non-existent golf game, so I agreed. Before I knew it, we were presented with a trip to the golf finals in California, accompanied by a week of celebrity-infused shindigs and athlete-sprinkled charity events. I was SO in. 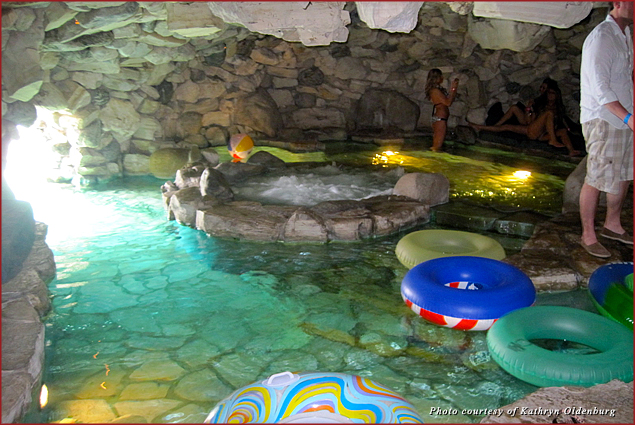 The reality of my location set in when we passed a “Playmates at Play” sign wedged into the impeccably maintained flora that lined the winding, narrow drive of the gated estate. When we arrived in front of the spectacular, Gothic-Tudor home, I was able to see what all the fuss was about. Stunning architecture, gardens, and a beautiful fountain welcomed us and seemed to magnetically pull guests through the large stone archway that led to the mansion’s infamous party grounds.

A glistening, beautiful, curvy pool lay in front of me, and I assumed that the giant rock structure emerging from the water was none other than the exterior of the infamous grotto. From the outside, it was cave-like; mysterious and inviting. The interior was intimate and steamy …everything that it’s known for. Once I was able to look past the “ew” factor, it was really rather beautiful. Beautiful and muggy. 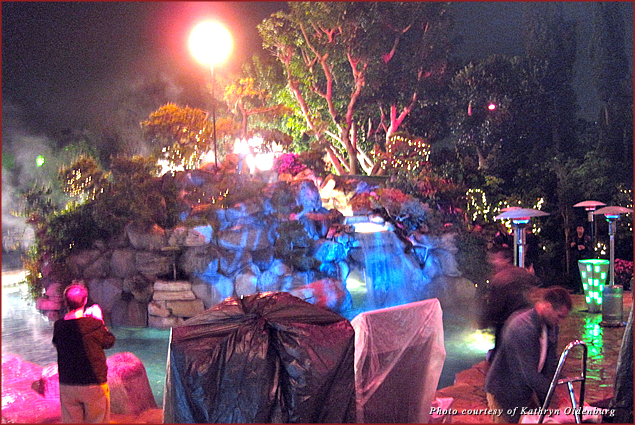 Sprinkled across the grounds were several fully stocked bars (obviously) and heat lamps, an estate staple since the usual dress code is “next to nothing.” Beyond the pool, pristinely groomed lawns made the perfect canvas to an array of tropical flowers.

When I started following the path toward the flowers, it led me to the animals…and I’m not talking about the bunnies. On the property there are birds, peacocks, spider monkeys and all sorts of surprisingly well-tamed creatures (with the exception of one particular flamingo whose wrath reared its ugly head when I got too close for a photo op). I did, however, become well-acquainted with an outgoing bird who I called Blue. 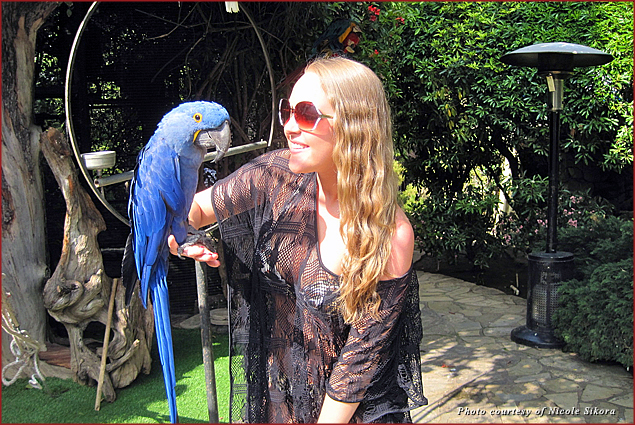 I left Blue and company and continued down the cobblestone walkway into what felt like a tiny section of the rainforest. Never in my life have I felt so far away from where I actually was. The stone path weaved through a moist, wooded area full of stunning greenery and bright flowers as high as the sky. 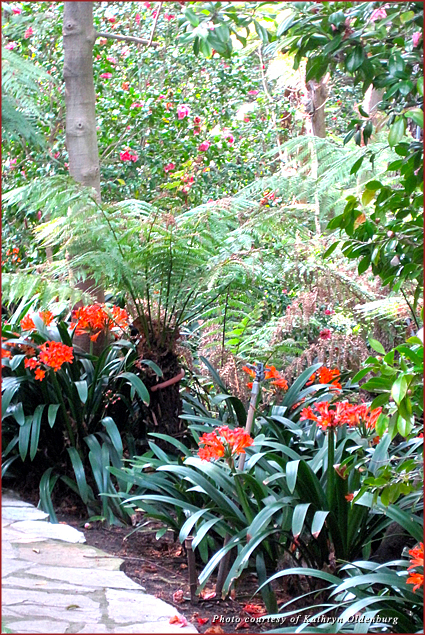 Emerging onto the mansion’s steep backyard hill, the path dropped me off on the bunnies’ favored Slip ‘N Slide ground. It was a hell of an upward hike in heels, but the view from the top was breathtaking. I know this because I had plenty of time to take it in while sitting and catching my breath on the back of a giant lion sculpture; one of two that sat on either side of the staircase up to the mansion.

My journey continued around the house, where I made a pit stop in Hef’s game room, which was adorned with Playboy paraphernalia and several private chambers. The most noteworthy room had a sponge-type floor, padded bench-type seating, and a radio that looked about as old as Hefner himself. Apparently the room was designed to mimic the backseat of the old car in which Hef had his first…er…encounter.

By the looks of the grounds during the day, one would never suspect that a place with so much beauty would become one of the most scandalous, sinful (and outrageously fun) scenes when the sun goes down. Sure, the allure was still there, but serenity became a thing of the past once the party started. 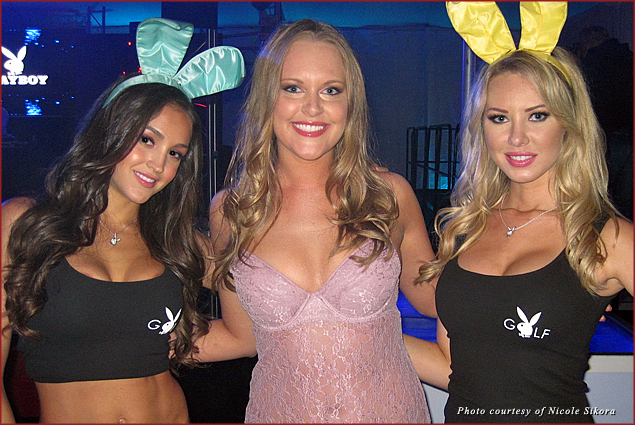 Hip-hop blasted from the loud speakers, tons of scantily clad girls frolicked around clutching vodka sodas, and I did the best I could to “blend.” At the end of the day, I found solace (and a LOT of fun) in the whole “When in Rome…” thing. I mingled with NFL players and television personalities, proudly rocked my highest pair of pumps, and posed like I’d been invading Bunny territory for years. Though it might be against Playboy protocol, I’ll leave the rest of my mansion adventures up to the imagination.

Flying in Style The Metamorphosis