Brit on the Boulevard: Winter 2012 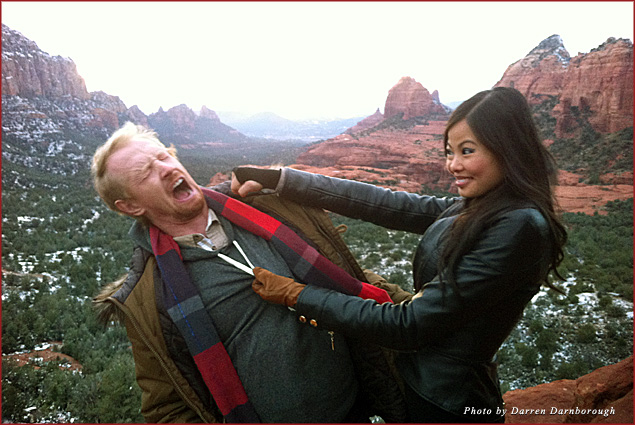 The run up to Christmas can be a funny time for us Brits On the Boulevard. Whilst we are often heard quoting our climate affection for California that we can ski and surf in the same day, our romanticism means we also miss the crisp frosty mornings, dew glistening on the trees, snow falling gently across the British hills, and a hot cup of cocoa if we decide not to fly east for winter. Deep down though, we know we’re only missing sleet and slush, grey skies, and shopper rage, but it doesn’t stop the longing for that Christmassy feeling. As a transplant, I’ve found summer to be a better time to visit home. When you return in late December family is on the agenda, but all your friends are visiting their families in respective hometowns so meet-up efficiency slides. 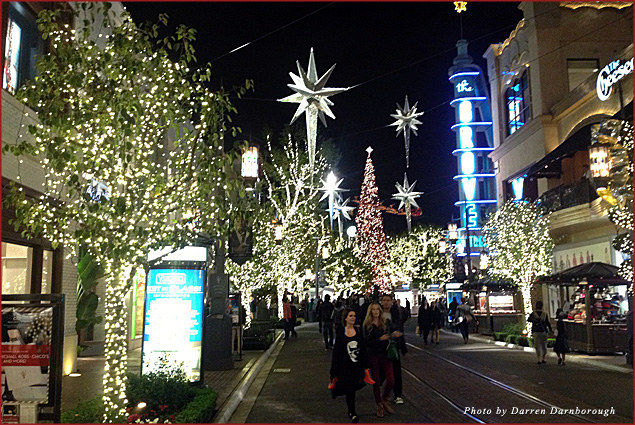 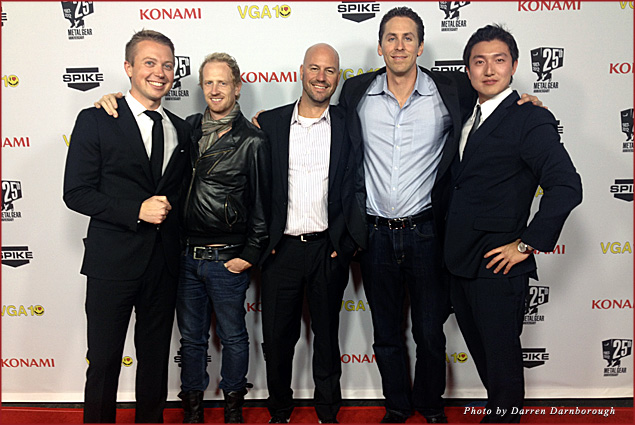 That said, Brits in Los Angeles kicked off the month with a Christmas party so all could come, complete with full Christmas dinner, Santa, lashings of drinks, and a community hall-style feeling despite being in Hollywood (and yes, there was a red carpet peppered with a few UK soap star names before you ask!). The party scene wound up for me with the VGA Awards after-party at Greystone Manor Supperclub. Imagine a pumping nightclub, scantily clad waitresses, and a disproportionate number of guys that code video games. Hmmm … good job I had good friends and a steady supply of booze and canapés to enjoy…. 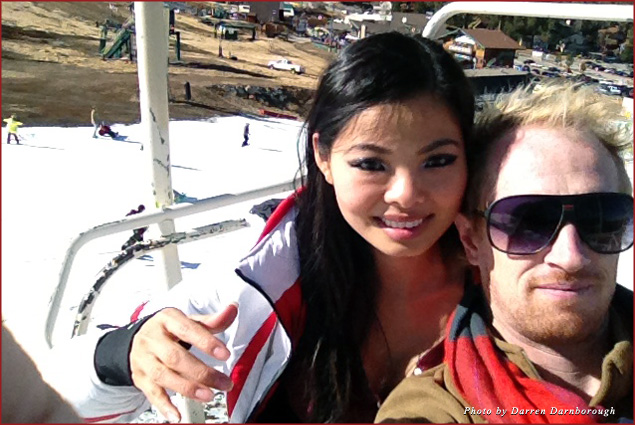 Since LA is full of freelancers nobody seems to work much through December. It seems as though they sit down for Thanksgiving dinner and American football and then sleep it off till early January. So it makes a great time for getting away without feeling guilty and unproductive. I took in a quick weekend excursion to ski at Big Bear Mountain (only an hour and a half from LA) before an epic cross-country drive to Telluride in Colorado with my good friends Skeet and Amelia (silly decision road-tripping on deserted highways with the killer from “Scream”?). 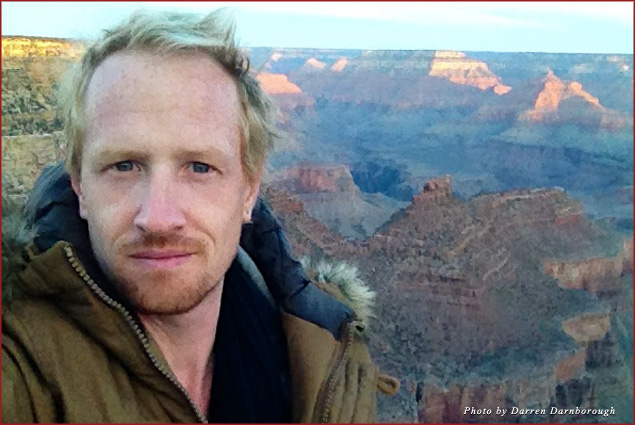 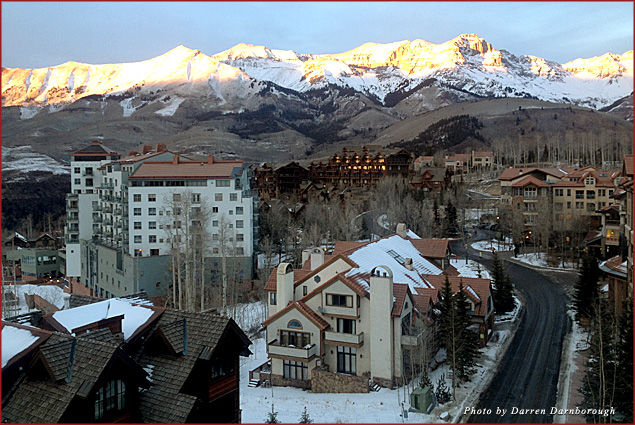 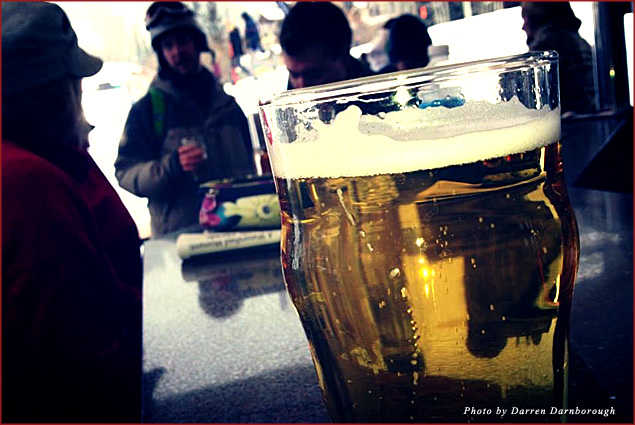 We stopped halfway at the Grand Canyon, an awe-inspiring sight that really doesn’t translate in pictures of film. After a sunset hike, a cozy cabin sleep, and a sunrise stroll we continued to Telluride for three days of skiing and shenanigans courtesy of the United States Ski Team for the Ski Cross and Snowboard Cross World Cup. An idyllic setting and a stunning hotel apartment suite at the Hotel Madeline made for a memorable pre-Christmas vacation, and at amazing value as I won this at a silent auction to benefit TACA (Talk About Curing Autism). That’s my new party tip, as you get to support good causes and enjoy yourself in one fell swoop. We traveled back via Sedona for a relaxing wind-down at the Sedona Rouge Hotel & Spa, along with some more breathtaking views, food, and crazy hippies and their vortexes. 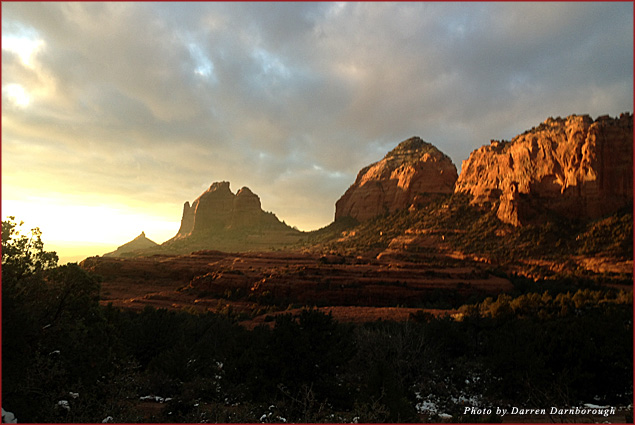 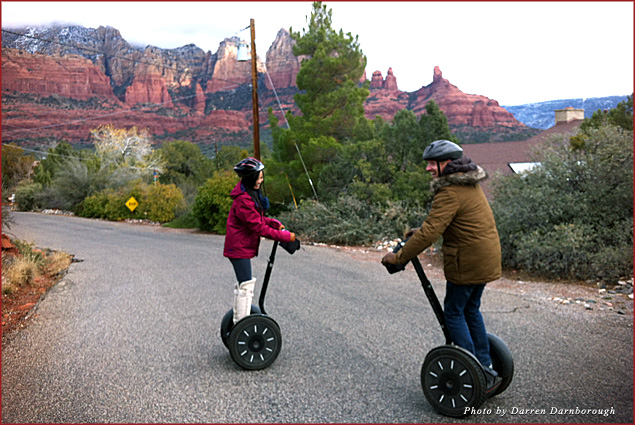 Back in LA, I was fortunate enough to be treated to an advance screening of “Les Misérables” at the Directors Guild, which I thought was stunning—despite my ears protesting profusely every time Javert hit the screen. Christmas dinner with good friends and stunning sunset cocktails in Laguna Beach followed by New Years Eve food poisoning tied a nice bow on the end of my 2012. Don’t feel sorry for me, after all the partying we get through here, it was actually a nice break (although I did wish I’d seen Tony Bennett sing in 2013 at gazillionaire Alec Gores’ NYE bash at the Hotel Bel Air).

January means one thing in Hollywood: awards season. You know the next two months will be an onslaught of shiny gold statues, over-emotional agent/wife-thanking speeches, and champagne and canapés like its going out of fashion. One of the first big ones is the Golden Globes, and whilst my role as a CIA agent in Brett Ratner’s unaired Fox pilot “Rogue” somehow failed to usurp the nominations (hardly surprising!), I was however fortunate/D-list enough to attend the Secret Room Gifting Lounge, a bizarre Hollywood concept that is like a glamorous car boot sale of new stuff you don’t pay for. Think of it like as similar to QVC; talent, media, and influencers are invited to meet the makers of products who are hoping for a celebrity fan or endorser, and as such I now will probably never have to buy moisturizer, Mexico vacations, and subscription baby clothing ever again.

My Saturday brunch consisted of eggs Benedict with a side of Nicole Kidman, Keith Urban, Jon Bon Jovi, and Stacy Keibler. The intimate Gold Meets Golden event thrown by CW3PR bought Olympic gold medallists, including Missy Franklin and Gabby Douglas, together with film stars and rockstars at Equinox Sports Club prior to the Golden Globes themselves and was a perfect way to spend Saturday morning sipping mimosas. And yes, Nicole is as stunning and elegant in person.

A busy weekend, many of the stars at this event hotfooted it over to BAFTA LA’s Tea Party at the Four Seasons, full of nominees including most of the “Les Mis” cast, where British designer and sponsor Jennifer Ewah’s Eden Diodati range caught the eye of Anne Hathaway and was worn the next day at the premiere of Schwarzenegger’s “The Last Stand” by “Twilight” actress Judi Shekoni; watch out for her designs as the next hot thing on the red carpet.

No rest for the wicked, the entertainment industry then make its pilgrimage to the mountains of Utah for the annual Sundance Film Festival, started many years ago by Robert Redford in the quaint ski town of Park City. I chose to road trip through Las Vegas, taking in a delectable rib-eye dinner at the fun-but-pumping STK restaurant at The Cosmopolitan. There we also had a stunning suite and unrivaled views from our private balcony, a feature most Vegas hotels don’t have.

We continued the drive through the mountains in a brand new electric Prius, generously supplied by Toyota Santa Monica, and I swear I spent more on coffee on this trip than I spent on gas; the car is incredibly efficient. Toyota, along with Beltran Brito Immigration Attorneys, was a sponsor for the event I hosted during Sundance, “A Very British Roast,” honoring the nominated British filmmakers, which also raised awareness for Fuel Freedom Foundation and featured a fantastic live performance by American Idol finalist Crystal Bowersox. The rest of Sundance was a kaleidoscope blur of parties, films, lounges, and fantastically serene skiing that deserves a whole article to itself so I’ll keep you wondering….

Exhausted, we road-tripped back via the Hoover Dam to marvel at the architectural monstrosity before devouring a gastronomical monstrosity of equal proportion at Vegas’ Hash House A Go Go, famous for its oversized portions. I witnessed grown men broken over the sheer magnitude of their dinner. Shut-eye in the legendary (now tired and resembling the night-shift waitress) Flamingo, and I rushed back to 90210 just in time to attend the Raise Your Voice Gala at the Beverly Hills Hotel. Ironically my raspy post-Sundance party voice got me confused for a patient at this benefit for celebrated vocal surgeon Steven Zeitels; not bad company to be in, when you consider his former patients are Roger Daltry, Christina Perri, Steven Tyler, and Lionel Richie, all of who performed intimate classics on the night. Simply legendary.

From rock stars to sky stars, I was fortunate enough to attend a private dinner with the Red Bull Stratos team at the home of Dennis Tito, also known as the first space tourist. The team behind Felix Baumgartner’s record-setting skydive from the stratosphere met with us to offer insight for the Perlan Project, a project I am involved with to send a glider sailplane to the edge of space. Aside from being in the company of aviation legends, we gained great advice about finding our partners and sponsors.

February was dominated by more awards shows and major events. I attended the Annies (animation awards), where the awesome “Wreck It Ralph” rightly cleaned up. I skipped over the Super Bowl (they keep dropping the ball, what is that?), sashayed through Grammy parties, and was wowed at the Wow Creations Oscar Gift Suite, particularly by JetLev Newport Beach, a water-jet pack that basically turns you into a flying superhero, which I can’t wait to try! I chuckled my way through the Toscars, Brits in LA’s alternative awards ceremony, where random teams make short parodies of the Oscar-nod films.

I watched emerging Irish youth talent in motion at the Cinemagic event along with Samantha Mumba and Ross King and danced the night away at OK! Magazine‘s bash, where I bumped into British actress Camilla Arfwedson, who is set to make a big splash in Hollywood.

Oscar weekend was equally glamorous, from the Weinstein event, where I schmoozed with Tarantino and reminisced about our Cannes shenanigans and the suave Jamie Foxx wandered over to eloquently introduce himself (which clearly had nothing to do with the couple of gorgeous models in our group). I watched a private screening of nominated short “Buzkashi Boys,” for which BOTB supporter Turkish Airlines graciously granted a life-changing experience by flying over the two teenage stars from Afghanistan to walk the Oscar red carpet, allowing Rally.org‘s fundraising to go toward a college career. Oscar Sunday began as it should, predictably with a nice, elegant brunch at an exclusive screening party at the W Hotel and weirdly, awesomely, retro-ly with ’80s legend Steve Guttenberg joining us for pizza. Lovely he was, but Johnny Five was nowhere to be seen.

I was clearly brushed with Steve’s Hollywood success glitter, however, as the following week saw me booked as a model for renowned artist Emma Ferrira’s new exhibition at Venice Biennale, and my film “Stefano Formaggio” being green-lit, so I’m sure I will be abusing my new position as film director very soon on the Boulevard…. Watch this space.