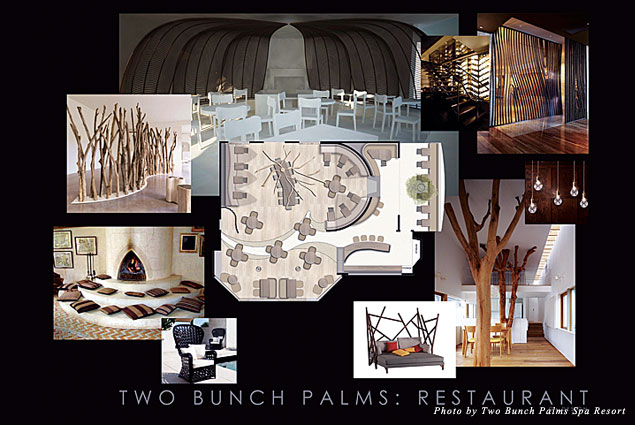 Every celebrity needs a little work done, right? Heads are sure to turn at the major changes planned for the legendary Two Bunch Palms Spa Resort. Since 1930, this Southern California oasis, located in Desert Hot Springs two hours outside Los Angeles, has been a favorite for tranquility and soothing (many say healing) hot mineral spring waters for celebrities from mobster Al Capone to Madonna and spa-lovers from Los Angeles to New York and beyond.

“We’re going to turn Two Bunch Palms into a premier world-class wellness destination,” announced Kevin M. Kelly, Two Bunch Palms’ CEO, at the inaugural press lunch on August 8. The posh event—featuring the first-time look at the design plans—took place inside the newly revamped Garden House. The intimate circular structure, with floor-to-ceiling windows providing 360-degree views of the lush grounds, is the first example of what’s to come. I found it beautifully updated with simple and chic, earthy-toned décor. Wide bands of neutral-colored cloth hung from the ceiling, offering a fresh and festive ambiance. The look is stylish yet keeps the natural charm guests love and expect. The Garden Room is now available for private gourmet dining and can be rented for special events.

From what was said, it appears Two Bunch Palms will be better—not different. “We are going to make the experience more relevant to today’s spa and health and fitness interests,” Kelly explained. “Two Bunch Palms is a respite with flowing healing waters and lush vegetation that provides natural shade and habitat for wildlife. This is the tradition we seek to build upon. The essence of the Two Bunch Palms experience will be preserved as we expand and improve the programming as well as the grounds, restaurant, hotel rooms, and spa facilities.” With a background that includes serving as Canyon Ranch president and chief branding officer, Kelly knows what he’s doing. 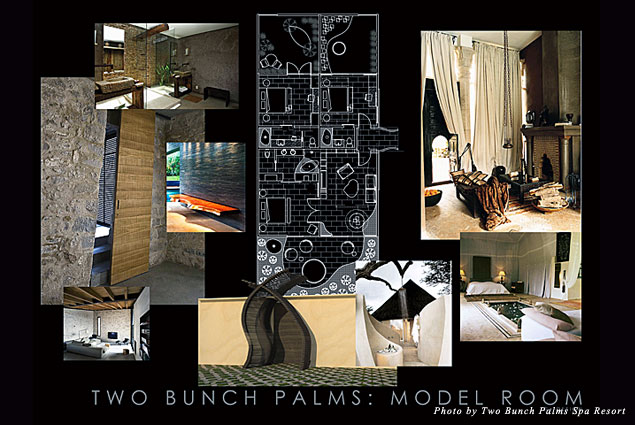 “Hippie chic, earthy and natural,” is how award-winning architectural designer Gulla Jonsdottir, founder of G+Gulla Jonsdottir Design, described her re-interpretation of Two Bunch Palms. “I’m respecting what’s here and simply adding to it,” she said. Examples include the new guestroom design, featuring giant wooden leaves framing the entry and outdoor showers, “to reflect the restful garden ambiance of the resort.” A poem will be inscribed on the floor of the Yoga Dome as part of its redo. Jonsdottir was selected to do the makeover based on her philosophy of integrating the local environment, nature, and culture, and her contemporary, organic, and high-drama design style. Her past projects include the Cabo Azul Resort in Los Cabos and the Getty Center, as a design team member with Richard Meier and Partners.

What are the changes? The new restaurant and remodeled Yoga Dome will be finished this year. The accommodations will be expanded from 52 to 110 rooms. But not to worry, Kelly said the additional rooms would come from a reconfiguration of several of the two-bedroom suites. A new spa, with its own café, state-of-the-art fitness center, and boutique, is also planned. A second “high energy” grotto will be constructed. New dedicated meeting-event space will be created from existing spaces. “As we expand our room count and activities, we will also add to our pond system and open space to ensure every guest can find a quiet, reflective space to recharge or awaken to their better self,” Kelly added. 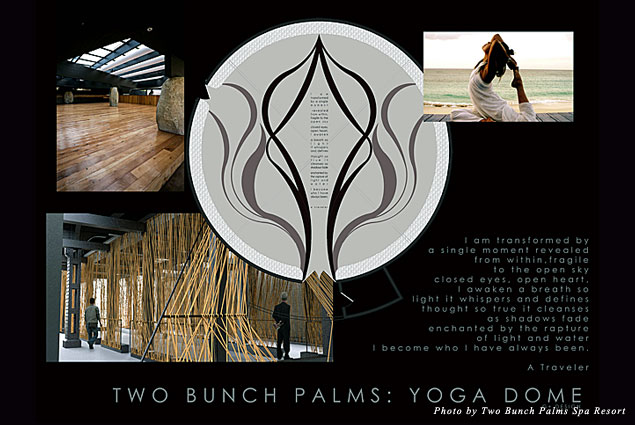 Presently, a new Spa Courtesy Day Lounge is open. This relaxing space was created from two guestrooms. The resort has partnered with TechnoGym to bring guests a modicum of fitness space near the grotto.

From September 3 to October 2, 2013, the resort will be closed. This is to facilitate construction on the new restaurant, new meeting space, Yoga Dome enhancements, and the new room prototypes.

By mid-September, the Yoga Dome will re-open. The 3,000-square-foot, earth-mound, passive solar kiva will be the centerpiece of yoga, Tai Chi, and movement classes.

By October 15, 2013, the restaurant will open with a new name, a new look, a new espresso bar, and a new, healthier gourmet menu. The new adjunct espresso bar will convert into a cocktail bar in the evening and be a juice bar in the morning. Many people don’t know, but the restaurant is open to non-guests; just call and make reservations to try it out. Two or three Model Rooms will open, showing off the new concepts. These will be working prototypes, which guests can book and provide feedback about to the management in advance of the complete room renovations. New meeting space will open. The new Lakeside Room will offer 600 square feet of dedicated meeting and event space, with sunny lake views and all the high-tech necessities. The Grotto will be spruced up. Back-of-the-house sustainability will be introduced, including an aqueous ozone cleaning system that converts water into a sanitation-grade cleaning agent allowing housekeeping to do away with 90 percent of all the chemical products. New over-arching sustainable protocols will be developed around recycling, sourcing, composting, construction efficiencies, and renewable energy.

By mid-2014, room remodeling begins. As rooms are remodeled, they are ready to be enjoyed. All 110 rooms are expected to be ready by fall 2014. This includes the additional rooms reconfigured from former two-bedroom units.

In late 2014, construction will begin on the new spa building. This will include the new spa with 25 treatment rooms, a spa bistro, a state-of-the-art fitness center, and a new “high energy” grotto. Completion is expected sometime in 2015. 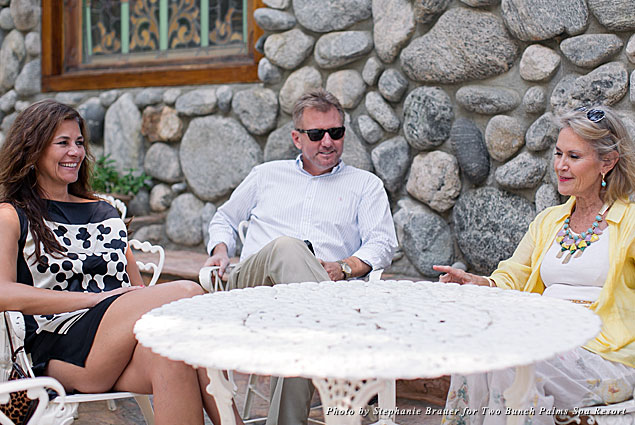 A So Fun SoCal Family Tour in the Coachella Valley