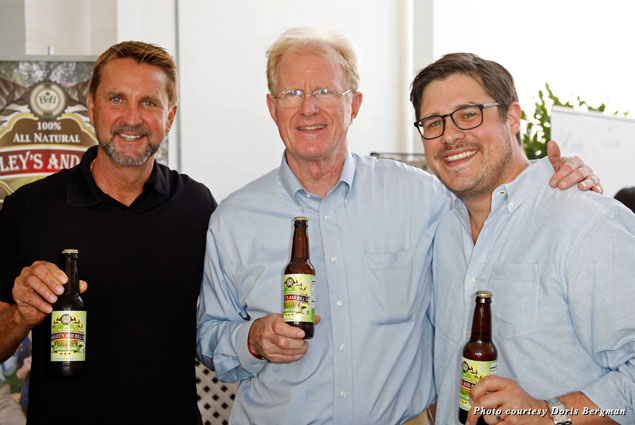 How do you know the doldrums of August are over and the fall party season in Hollywood has begun? For the last four years, the sign is an invite to Doris Bergman’s Annual Emmy Style Lounge and Party, an all-day extravaganza of luxury gifting, arriving in your inbox.

This year, Bergman took over the chic Fig & Olive restaurant in West Hollywood on a beautiful, late summer day (Thursday, September 12, to be exact), reserving the inside for red-carpet shots, Veved Iced Vodka tipples, Tequila Azul Imperial shots, and a sumptuous buffet lunch, while using the outdoor patio to showcase an assortment of products that drew a very familiar crowd.

There was Ed Begley Jr., standing in the Begley’s and Bill’s booth with Nature’s Flavors partner Bill Sabo (aka “The Flavor Guy”), proudly offering sips of their all-natural sodas in flavors such as raspberry, cola, pomegranate, and even Bananas Foster. “Mad Men” star Rich Sommer stopped by for a taste, as did “Breaking Bad” favorite R.J. Mitte. “We want to bring a healthy alternative to those sugar-packed sodas people drink right now,” Sabo explained. “There’s no sugar, no calories, no fat, no sodium in our drinks, and they still taste terrific.” 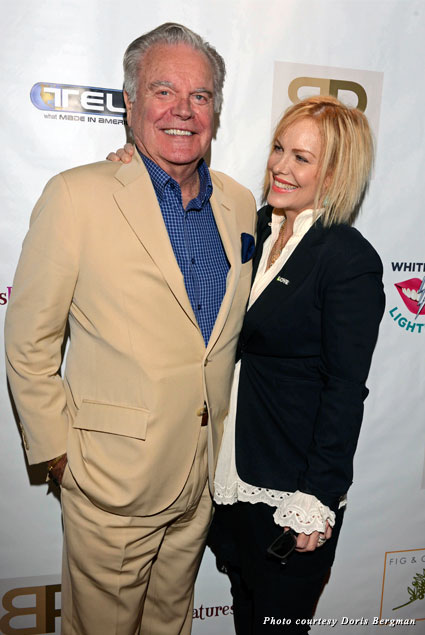 There was just a bit of fat (!) in the luscious toffee brownie crunch truffles PK’s Chocolates handed out, and the amazing vanilla ice cream covered in Jack Daniels salted caramel sauce made before our eyes with a Nitrocream machine wasn’t exactly dietetic either, but it sure was yummy. Slim star Illeana Douglas threw caution to the wind and tried some ice cream, then made her way to the Single by Galina Sobolev dress booth, where she swooned over the luxe, brilliantly patterned looks.

Hollywood legend Robert Wagner strolled the garden with his daughter Katie, naturally spending the most time with Art Lewin, whose bespoke custom-made suits are perfect for such a stylish man. Emmy nominee (for his guest role in “Scandal”) Dan Bucatinsky checked out those suits, too, and picked up a Purple Girl t-shirt for one of his galpals. 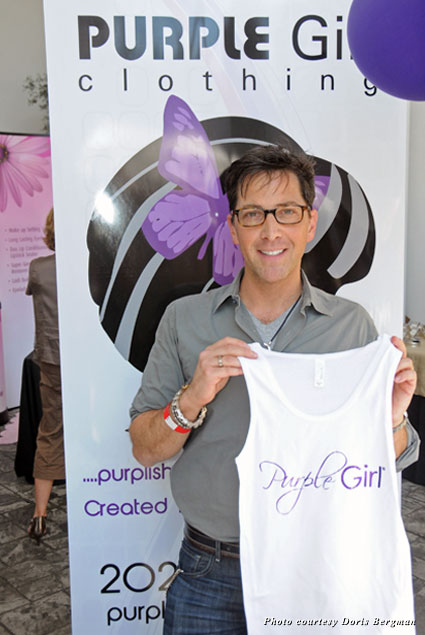 Emmy nominee and “Glee” favorite Dot Marie Jones lingered over the My Saint My Hero “Blessing” bracelets, while actress and KFI radio talk show host Lisa Ann Walter was wowed by designer Deborah Lindquist’s Eco Couture elegant bustier gowns, many made from recycled kimonos and other gorgeous fabrics. And all the gals—including “Dancing with the Stars” beauties Sharna Burgess and Chelsie Hightower, Estella Warren, and Sofia Milos—took home Classy Sachet lacy unmentionables, as well as fishnet stocking from Dulcenea Lingerie, hair products from Slash salon, a “Dial a Smile” teeth whitening kit from Whitening Lightning, and skin products from Model in a Bottle and La Curcio.

And the best swag of the day had to be the Scytodes Security Glove, designed to keep women safe while jogging, walking, or hiking alone. It’s a brilliant idea, a Spider-Man-inspired device that comfortably slips onto the outside of your hand, with the trigger nestled in your palm. It shoots pepper spray with a quick flick of your finger at an assailant—or (just kidding) at those rabid fans Hollywood celebrities can sometimes encounter, especially during the fall party season!