Are You Brave Enough to Visit the World’s Most Haunted Places? 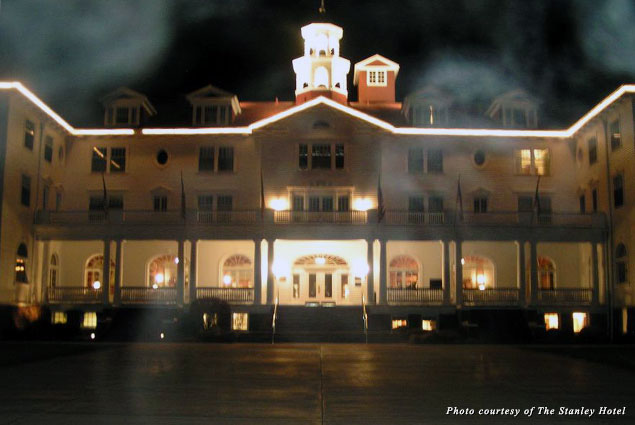 Each year, the population’s interest in paranormal activity seems to increase as Halloween nears. Haunted hayrides, corn mazes, and other spooky attractions open, enticing those looking for a fright. But there are many places around the world where tales of ghostly happenings are heard year-round, where stories about things that go bump in the night might not be just the stuff of legend. We rounded up some of the world’s most haunted places. Are you brave enough to pay them a visit?

Between the late 18th and early 19th centuries, a concern about public health led to the closing of many Paris graveyards and the relocation of human remains to a labyrinth below the heart of the city. Created in the galleries of former quarries, the Catacombs now house the bones of approximately six million Parisians in a long, dark, narrow maze. During the Revolution, members of the Swiss Guard and other casualties were buried directly in the Catacombs, as were the remains of victims of the guillotine, who found their final resting place here after being transferred from their original burial pits.

Visitors exploring the underground Catacombs of Paris have reported the feeling of being touched by unseen hands and being followed, and some have even felt as though they were being strangled. Shadowy specters and ghostly orbs have appeared in photos and video of the bone-covered corridors, as the dead walk among the living souls who dare descend into the underground ossuary. 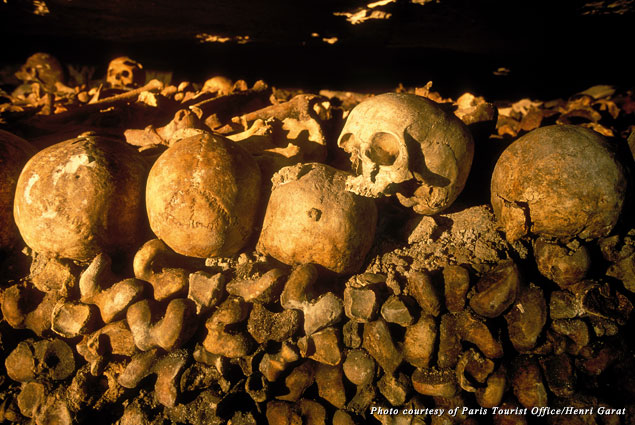 In the 18th century, prisons acted as large holding pens where physical punishment and abuse by guards were thought to be common occurrences. The idea for a true penitentiary, one designed to help reform criminals instead of just punish them, was proposed in 1787, and a group of powerful Philadelphians selected a plot of farmland located outside the city in which to build this new prison.

Eastern State Penitentiary used a strict, Quaker-style system of isolation and labor to guide its occupants toward spiritual reflection and change. This system eventually eroded away, more cellblocks were constructed, and, in 1956, Death Row was built. During its time as a functioning penitentiary, which lasted until 1971, Eastern State housed some of the United States’ most notorious criminals, including gangster Al Capone and bank robber Willie Sutton.

As early as the 1940s, officers and inmates reported mysterious experiences, and the ghost sightings have reportedly increased since the prison’s abandonment in the ’70s. 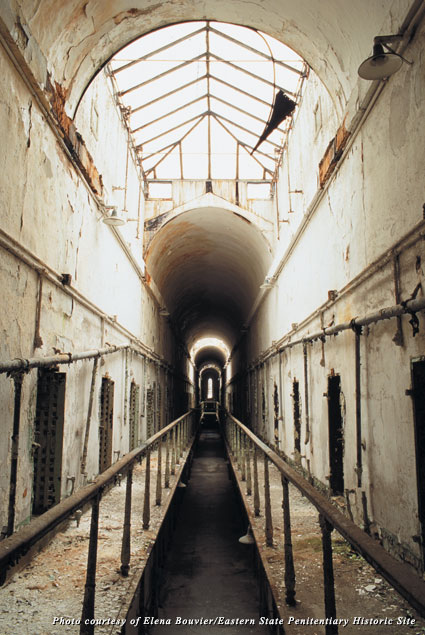 The Tower of London was founded in 1066 and gets its name from the structure’s White Tower, which was built by William the Conqueror in the early 1080s. The tower’s primary function was as a fortress-stronghold, although it also served as a royal residence and, maybe most famously, a prison. Its reputation as a place of murder and executions began to take shape during the War of the Roses, with victims including Henry VI in 1471 and Edward V and his brother in 1483. During Henry VIII’s infamous reign, four more prisoners were executed, and the political imprisonment continued into the 1600s.

Visitors to the tower today report strange occurrences thought to be the work of Arbella Stuart, a cousin of James I, who was imprisoned in what is now known as the Queen’s House in 1615 and possibly killed in one of its rooms. According to Major General Geoffrey Field, governor of the Tower of London from 1994 to 2006, it was a house rule to not have unaccompanied female guests stay in the Lennox room, after several women reported waking up feeling as though they were being strangled.

Sightings at the tower include Dame Sybil Penn, a servant to four Tudor monarchs who is known as the “Grey Lady,” as well as Henry VIII’s fifth wife Catherine Howard, a ghostly figure known as Skeletor, and even the specter of a bear. 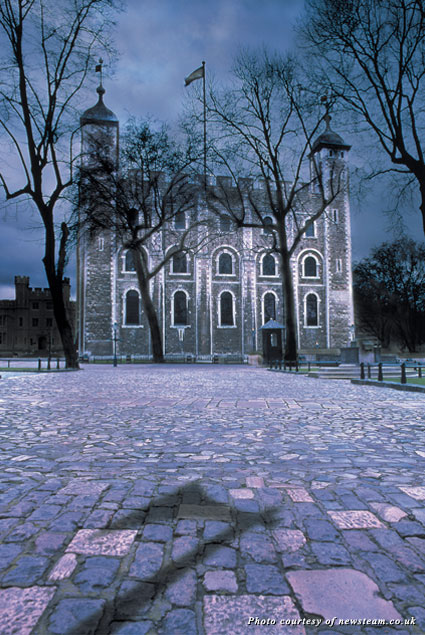 Often called the most haunted house in the United States, the Whaley House in San Diego’s Old Town was once the home of Thomas Whaley and his family. The first-known ghost seen on the property was James “Yankee Jim” Robinson, who was convicted of attempted grand larceny in 1852 and hanged on the site where the house now stands. Thomas purchased the land not long after this event, and he and his family reported hearing heavy footsteps, such as those made by the boots of a large man, inside their newly built home.

These days, many visitors say they encountered Thomas himself, usually on the house’s upper landing. The ghost of Thomas’ wife, Anna Whaley, has been reported in the downstairs rooms or the garden, and visitors have also spotted a young girl in the dining room and a woman in the adjoining courthouse. Even the apparition of a dog has appeared, running down the hallway. 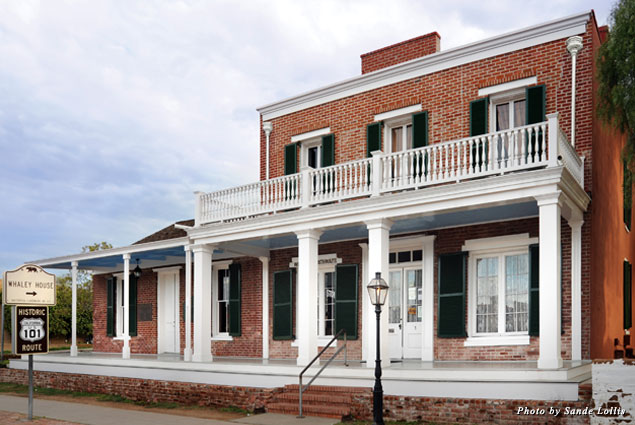 Reportedly one of the most active locations for paranormal sightings, Edinburgh Castle is a historic fortress atop Castle Rock, which overlooks Scotland’s capital city. Although it was determined the site has been occupied since the late Bronze Age (about 900 BC), buildings of the present castle date from the 12th century. Throughout the years, the castle has been home to many Scottish monarchs; it was used as a military base beginning in the 1600s.

With such a long history—one that includes battles, sieges, and deaths—it’s no wonder Edinburgh Castle has been the site of ghostly sightings. Visitors report seeing shadowy figures and the spirits of headless drummers, as well as apparitions of French prisoners from the Seven Years War and colonial prisoners from the American Revolutionary War. Some have also felt invisible presences and the mysterious tugging of clothing. 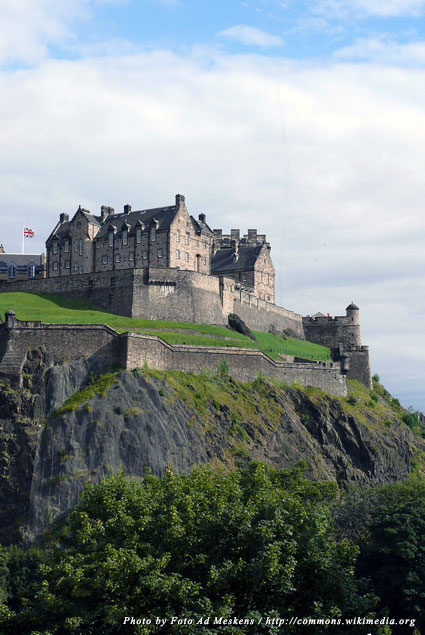 Out-of-the-ordinary experiences have been reported in all of the rooms in the Stanley Hotel, especially in room 217. As the story goes, chief housekeeper Elizabeth Wilson was injured after an explosion in room 217 on June 25, 1911; since the 1950s there have been reports she takes special care of guests who stay in that room by providing extra housekeeping services.

In other areas of the hotel, lights turn on and off and items are moved from place to place, and children can be heard laughing and giggling as they run down the halls on the fourth floor. Members of the hotel staff have spotted the ghost of owner Freelan Oscar Stanley, and his wife Flora is sometimes heard playing the piano in the Music Room. The Stanley Hotel’s greatest claim to fame, however, is its role as the inspiration for horror novelist Steven King’s bestseller, “The Shining.” 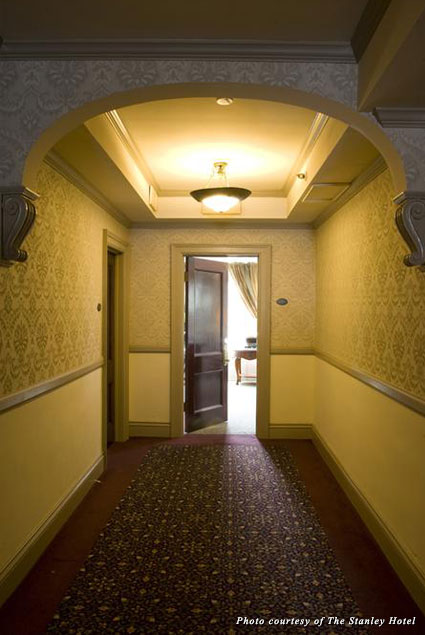 The Borley Rectory was a Victorian mansion built in 1862 as a home for the rector of Borley Church and his family. It was damaged in a fire in 1939 and left in ruins until it was demolished in 1944. Tales of hauntings plagued the rectory since it was built, and those reports only multiplied after paranormal researcher Harry Price visited the site in 1929 and wrote two books supporting claims of supernatural activity.

Although there are doubts about the authenticity of Price’s more sensationalized claims, the rectory’s owners and villagers also documented reports of mysterious footsteps, phantom sightings, and other unexplained observations. Although the rectory is long gone, visitors still flock to the site in the hopes of catching a glimpse of a ghost nun, who was said to roam the rectory grounds. 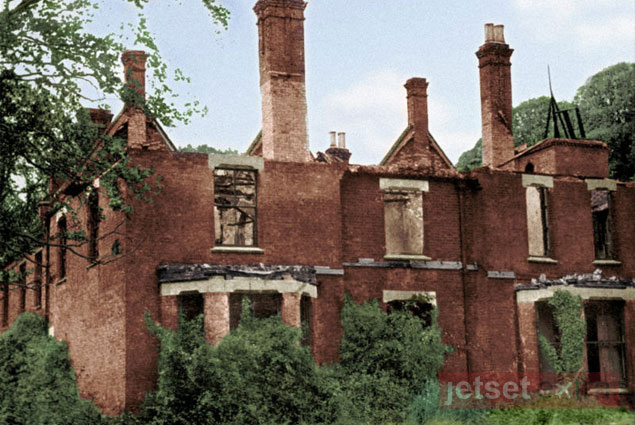 The last site on our list, India’s Bhangarh Fort, is thought to be so haunted visitors are not allowed to enter at night. According to legend, a beautiful princess spurned an evil magician, who then placed a curse of death on residents of her palace, dooming their souls to remain on the land for centuries without rebirth. Time of war and famine followed until the fort was abandoned in the 1700s.

Today, visitors to Bhangarh Fort report feelings of restlessness and unease. Buildings in the area reportedly have no roofs because, when a house is built with one, the roof inexplicably collapses. 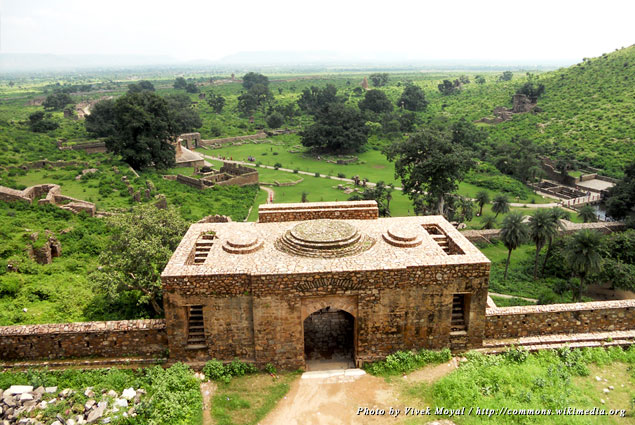