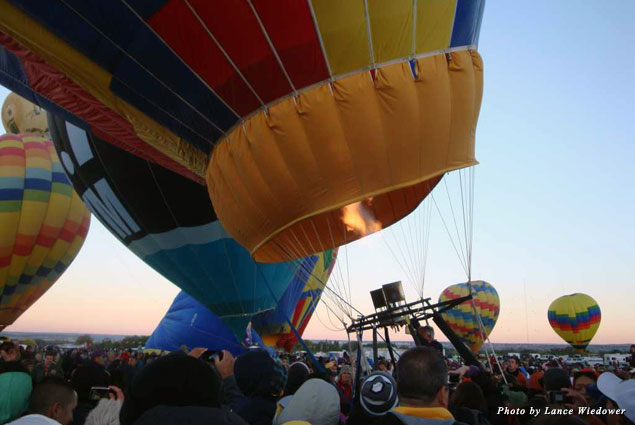 The critically acclaimed television show “Breaking Bad” had just ended its successful run the week prior to our visit to Albuquerque, New Mexico, where AMC’s massive hit was set and filmed. We didn’t visit the houses that played the homes of Walter White or Hank Schrader, didn’t make a drive by at “Better Call Saul’s” law office, and didn’t drive out into the To’Hajiilee Indian Reservation where several meth-cooking scenes were filmed. 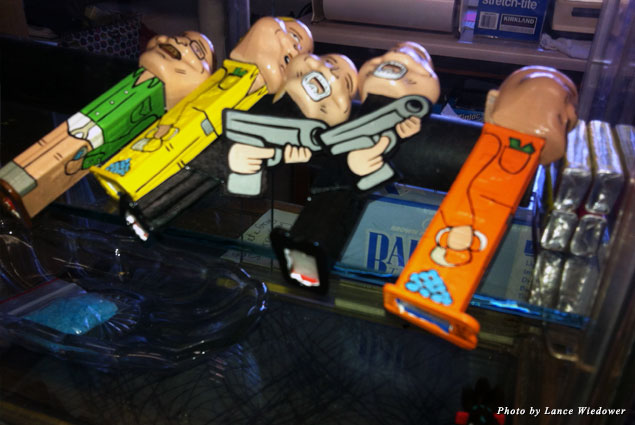 That’s not to say those experiences and many more aren’t available; in fact, there are organized tours, not to mention several websites that would make a self-guided tour of filming sites pretty easy to navigate. We loved the show, but we were in Albuquerque to experience what’s real about New Mexico’s largest city, not what Hollywood suggests.

Our impressions: Albuquerque has a gritty soul, possibly a city that is overlooked, especially with shinier Santa Fe an hour to the north. But we found Albuquerque to be a fun city, alive with its own unique character.

We were in town during the annual Albuquerque International Balloon Fiesta, so the city was probably a little busier than usual. But other than bad traffic getting to the events at Balloon Fiesta Park, there weren’t any issues with crowds.

So what does Albuquerque have going for it? Well, it begins with history. From the ancient peoples who have called the area home for centuries to the “newer” settlements of the city found in Old Town to long stretches of historic Route 66 that run through downtown and Nob Hill, Albuquerque has an authentic feel. 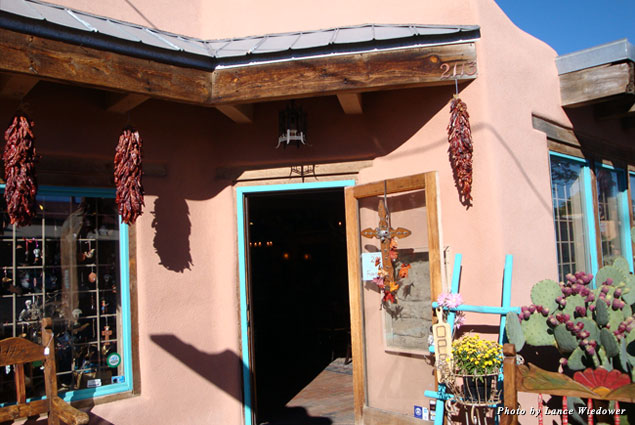 Any visit to Albuquerque should begin in the Historic Old Town, the cultural heart of the city that centers on a tree-shaded plaza and its bandstand gazebo. On the north side of the plaza is the San Felipe de Neri Church, built in 1793. 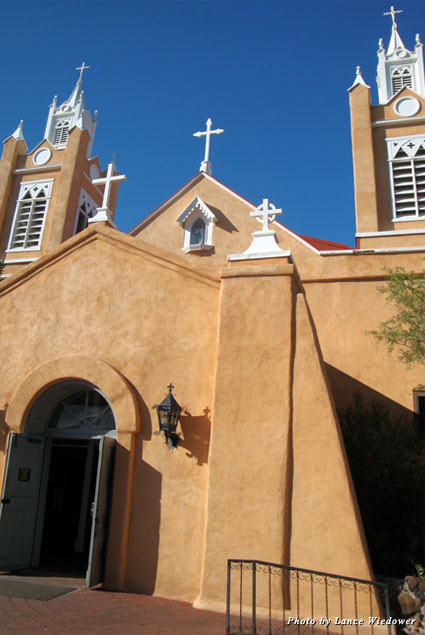 Around the plaza and the surrounding Old Town streets are numerous restaurants, shops, and art galleries. After spending a week exploring galleries throughout other communities of North New Mexico, we found the art in Old Town Albuquerque to be a high quality at a good price point. It’s just something to think about if you’re in the market for a Southwestern-themed painting to bring home.

Albuquerque’s symbol is the hot-air balloon, and for nine days in October, the ballooning world congregates in the city for the annual Albuquerque International Balloon Fiesta. More than 500 balloons come to town to participate in mass ascensions, special balloon glow events, races, and skill events. A word of warning: Leave your hotel extra early in the morning because the traffic getting into Balloon Fiesta Park is notoriously bad. But it’s worth it. 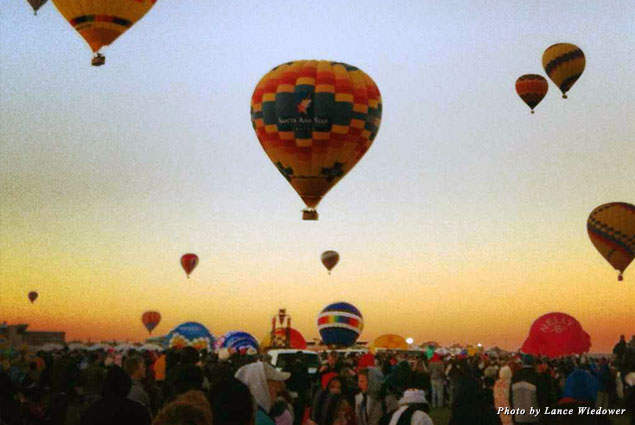 If you can’t make it to town during the event, visit the Anderson-Abruzzo Albuquerque International Balloon Museum at Balloon Fiesta Park to learn why ballooning is so important to Albuquerque (hint: it has to do with cool mornings, stable winds, and a wind pattern known as the Albuquerque Box Effect that gives pilots extra control over the balloons). There are also several balloon operators in the region that offer rides.

Back in the city’s core, historic Route 66 is still thriving. The Mother Road has disappeared from much of the nation’s landscape, replaced by interstate highways. But in Albuquerque’s downtown and Nob Hill neighborhoods, the street is still vibrant, with restaurants, bars, galleries, and shops.

In downtown, we discovered fabulous donuts with unique flavors—including one using the blue candy made popular in “Breaking Bad”—at Rebel Donut. The local institution has three stores in the city, but we found the downtown one convenient, just a block off Route 66. 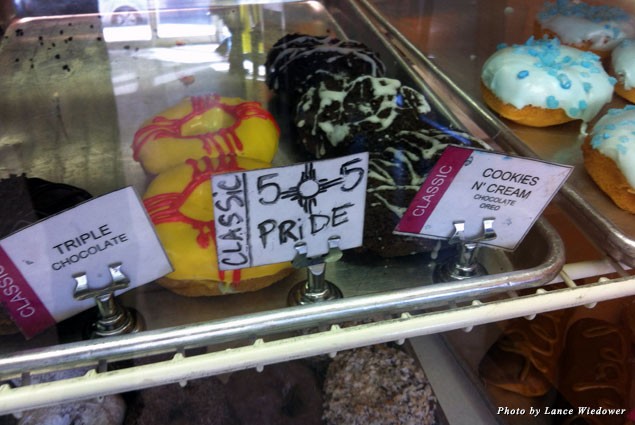 Speaking of food, New Mexican cuisine is flavorful and unique with a side of spice. And that spice comes via the chili pepper. The red and green chili is everywhere, from the donuts at Rebel to burgers at Sophia’s Place to the chiles rellenos at historic Church Street Café in Old Town. 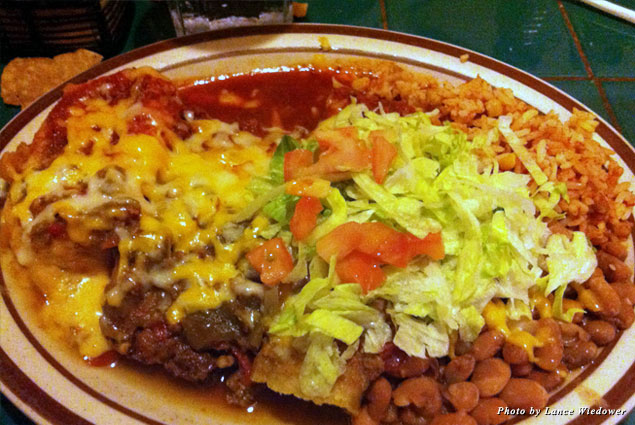 There are several museums in the city. We visited the American International Rattlesnake Museum in Old Town, which is quite a feat considering I’m deathly afraid of all snakes. What was more my speed was the New Mexico Museum of Natural History & Science, where my son and I learned about the unique geologic history of the region, not to mention we saw lots of dinosaurs. 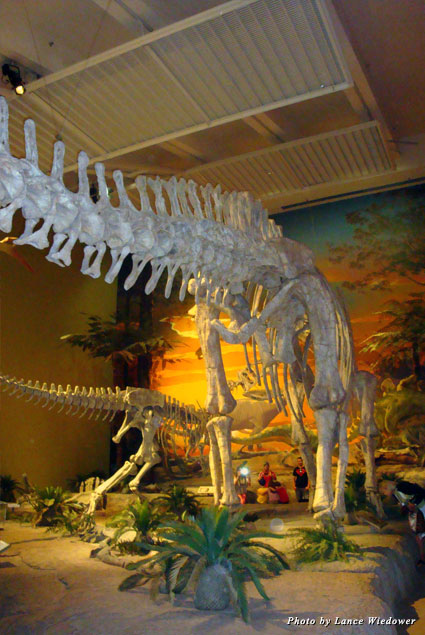 There was so much in Albuquerque we wanted to experience but just didn’t have the time. For instance, the Sandia Peak Aerial Tramway—the longest aerial tram in North America—climbs nearly three miles to the top of 10,678-foot Sandia Peak. And the Albuquerque Museum of Art & History in Old Town has thousands of pieces of Southwestern art and historic artifacts.