Add to the Magic of the Masters in Augusta, Georgia 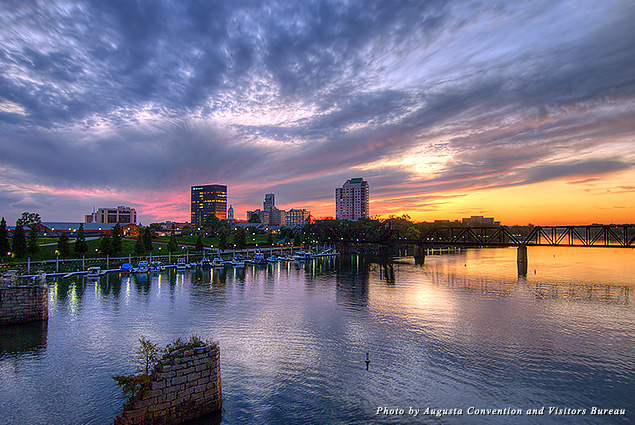 **This post was written by the Augusta Convention and Visitors Bureau**

Located along Interstate 20, 150 miles southeast of Atlanta, the colonial city of Augusta, host to the famous Masters golf tournament, has been welcoming guests for decades and continues to do so with artistic and historic points of interest and easy accessibility.

Beyond 18 holes, this city, the second oldest in Georgia, offers guests a plethora of cultural pursuits, which, when coupled with the area’s tempting culinary scene, make for an unforgettable getaway.

Begin an exploration into the heritage of the area at the Augusta Museum of History, founded in 1937 and home to the largest historical collection in the Central Savannah River Area, including a major exhibition with interactive kiosks paying homage to Augusta native and “Godfather of Soul,” James Brown. While there, be sure to have your photo taken in the museum’s rotunda with Masters golf legends Jack Nicklaus, Arnold Palmer, Byron Nelson, Ben Hogan, and, of course, founder of the Augusta National, Bobby Jones; each are embodied in a life-sized sculpture. 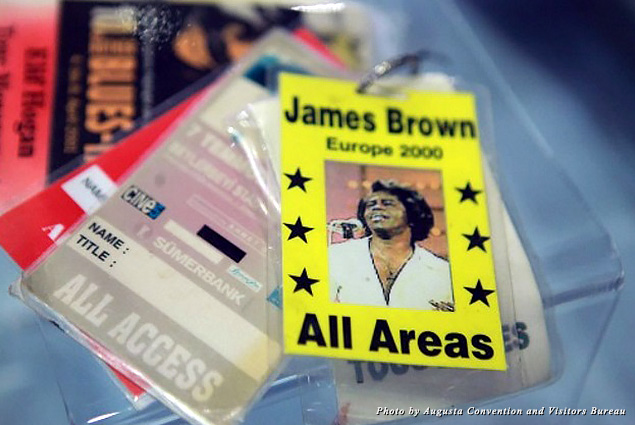 Catch the Saturday Historic Trolley Tour of Augusta and gain inside knowledge of the area while touring Augusta’s historic downtown. Located on the Riverwalk, the Morris Museum of Art is the first museum dedicated to the art and artists of the American South. The collection includes holdings of nearly 5,000 paintings, works on paper, photographs, and sculptures dating from the late-18th century to the present. 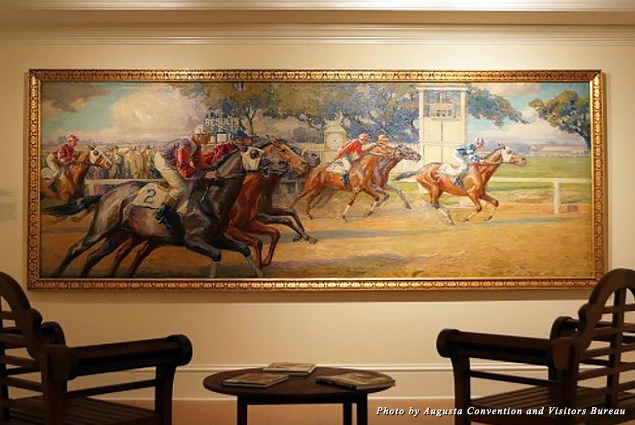 Discover the land that gave roots to the man who would eventually lead America to play an international role in the negotiation of the Treaty of Versailles and the organization of the League of Nations with a visit to the Boyhood Home of President Woodrow Wilson, Georgia’s oldest presidential home and a national historic landmark. The house museum depicts the life of the 28th president as a boy growing up in Augusta during the Civil War and Reconstruction. 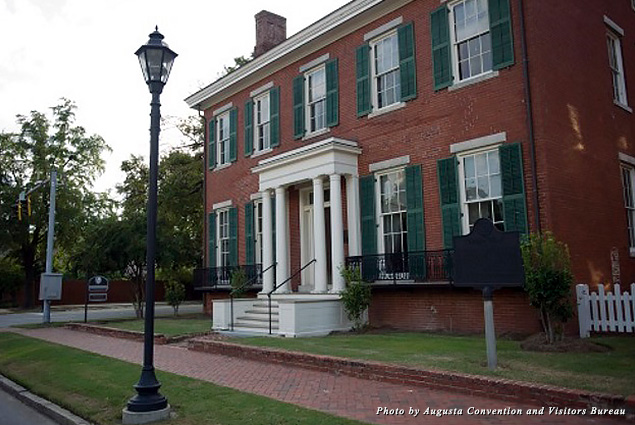 President Woodrow Wilson’s deep intellect, oratorical skills, and abhorrence of war can all be traced to his childhood in Augusta, where he lived with his family from the age of one to 13, in a home now restored by Historic Augusta. President Woodrow Wilson’s earliest memory occurred at the gate of his boyhood home. He recalls hearing a passerby say Mr. Lincoln had been elected president and there was going to be a war. The three-year-old boy, then called Tommy, ran to ask his father what it meant.

In those days, Augusta was a prosperous manufacturing center whose leading citizens reflected the mid-19th century dedication to the classics, scholarship, and tradition. The Wilson family was among them. Their gracious home stood in the center of the city. From its windows, you will see the stately church where President Wilson’s father, a minister, preached. The original Medical College of Georgia (MCG) sat a few doors down. The Georgia Railroad whistled along tracks a few blocks away. The family often read, prayed, and sang together in an upstairs sitting room. Their meals were prepared in a separate brick kitchen, now open to visitors, and served at the dinner table, which still graces the dining room today. Rev. Wilson often took Tommy on outings to the nearby Confederate Power Works, the pistol factory, textile mills, the Cotton Exchange, and other places of employment in Augusta. In the evenings, he asked his son to recount what he had seen, correcting his English and diction. This helped Tommy develop the oratorical skills historians praise.

Regular admission prices to the Boyhood Home of President Woodrow Wilson are $5 for adults, $4 for seniors, $3 for students K-12, and free for children under 5 years of age (at the time of writing). A visit is an opportunity to involve the whole family, as children will enjoy fun activities and coloring pages. See “A Boy Never Gets Over His Boyhood,” a video about Wilson’s life after Augusta, before the guided tour of his Civil War era home.

Take home the ultimate Augusta souvenir with an authentic shopping experience at the Surrey Center, offering three levels of stores including locally owned and operated boutiques. Check out SoHo for the latest in women’s fashion, and don’t forget Shoes at Surrey for the perfect sandal and handbag to complete your spring outfit. Surrey Center also offers several upscale chain establishments for both men and women, such as Rivers and Glen, Jos A. Bank, Fab’rick, and Talbots. Is someone house-sitting/babysitting for you during the tournament? The Swank Co. is the perfect place to find a suitable gift that says thank you. 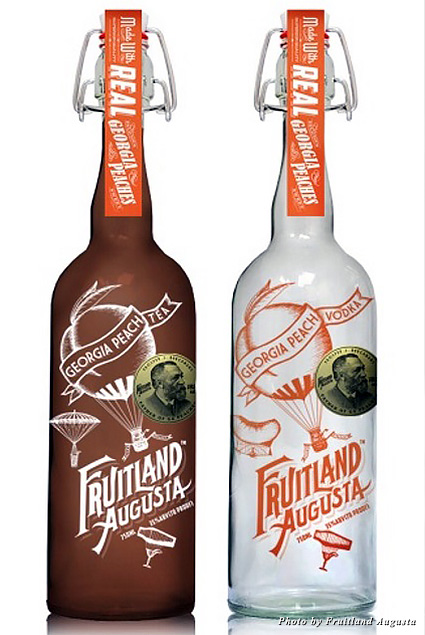 Shopping is one way to work up an appetite and Augusta, with more than 300 restaurants, satisfies. Enjoy a variety of cuisines ranging from classic Southern treats to cutting-edge, trendy fusion dishes—all with a side of hospitality, which they’ve been extending to visitors for decades with a grace only experienced in the South. At the Surrey Center try Finch & Fifth, where the chefs apply a farm-to-table approach to food, with signature dishes including sautéed shrimp with a cucumber, corn, feta and field pea salad.

Savor a sip of Fruitland Augusta Peach Vodka, a popular libation for complementing the downhome-with-a-flair fare. Preserving its roots as one of the South’s most successful horticultural sites, Fruitland Augusta began producing the only peach-flavored vodka made with real Georgia peaches—Georgia Peach Vodka—in August 2014. The brand is tied to the Berckmans family, who owned Fruitland Nurseries. Prosper J. Berckmans is considered the father of Georgia Peach Culture. Bobby Jones and Clifford Roberts purchased the Fruitland Nurseries property in 1931 to clear and build the Augusta National Golf Course. Later, the Berkmans family returned to assist in the landscaping of the course, bringing the story full circle. Now that’s a cocktail with a story worthy of a “cheers”!

Continue the food journey at The Bee’s Knees, where global dishes encompass flavors from around the world. Taste buds need a passport when sampling bites such as smoked Gouda nachos and avocado chop-chop. To satisfy a sweet tooth, head to The Boll Weevil Café and Sweetery. Once a cotton warehouse dating from the 1870s, this fun eatery is known for creative sandwiches, soups, salads, and cakes, and the homemade bread and desserts are the best in town. When you walk into the restaurant, brace yourself for a case full of delectable desserts, including cakes towering up to 15 inches tall. 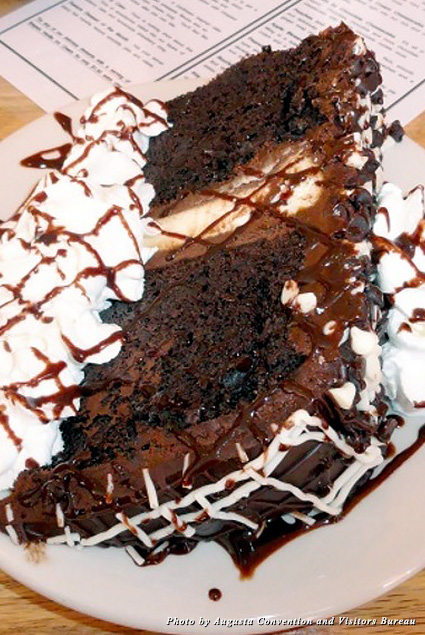 For a truly authentic experience try Luigi’s, known for both Greek and Italian food and for chef-created, fresh, authentic recipes. Nicholas Ballas first opened the establishment in 1949; it was passed down to his son, Chuck Ballas, in 1961 and is presently owned and operated by his grandson, Chuck Ballas Jr. For almost 57 years, local Augustans have enjoyed what Luigi’s has to offer, and during the Master’s Golf Tournament, for visitors and golfers—not to mention celebrities—dinner at Luigi’s has become a tradition.

Top off the evening with a cocktail and wood-fired pizza at Craft & Vine, a persuasively welcoming upscale cocktail bar and eatery politely tucked away on Broad Street.

Rest easy in one of the Southern city’s hospitable lodging options, ranging from historical bed and breakfasts to chain hotels to a full service hotel, many with views of the Savannah River and within walking distance of the Downtown district.

Augusta brims with artistic and historic points of interest, and unveiling its cultural side is a treat sure to have travelers returning again and again.