ACT Opens the Theater Season With “Once in a Lifetime” 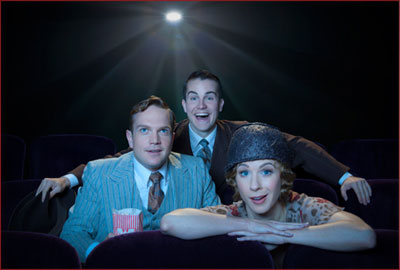 The American Conservatory Theater (ACT) will be opening their season this month with a revamped version of George S. Kaufman and Moss Hart’s Once in a Lifetime. Mark Rucker directs the comedy, which was first performed in 1930 as commentary on transitioning technology in the film industry.

The plot chronicles the misadventures of three crooks who seize the opportunity presented by the new “talkie” films of the 1920s to con Hollywood’s elite. In keeping with its theme of evolving technology, the play incorporates new media in the form of innovative digital backdrops and film clips from the era. I’ll be attending the premiere, so check back for a review. Or just go see it for yourself, September 22 to October 16 2011. Tickets can be purchased here.