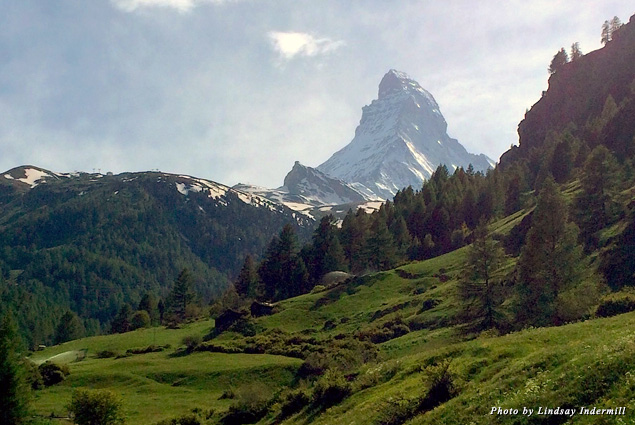 Perhaps as a nod to its successful “neutral nation” bit, Switzerland isn’t really one big country so much as it’s a handful of small countries under one flag. There’s no one language (varietals of German, French, Italian, and the increasingly rare Rumantsch are grouped throughout the nation), and there’s certainly no homogeneous culture. And though my travels have been isolated to western Switzerland, the diversity of a country only twice the size of Massachusetts is evident even between its cities—starting with Geneva. 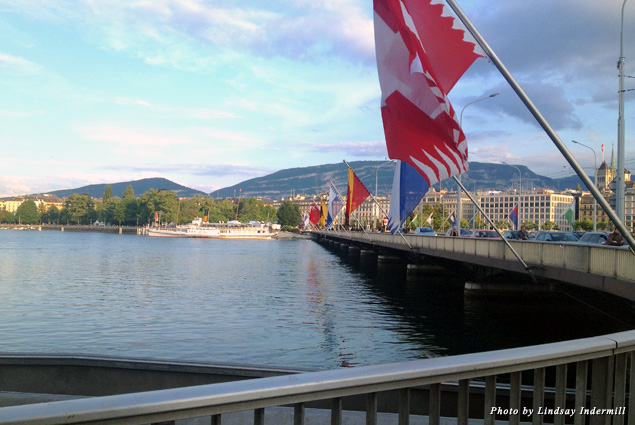 Most hotels in Geneva offer a bus pass (there is no underground) for hopping around town, though the best way to explore the lake is by bicycle. Headed northbound on the west side of the lake, we passed the picturesque, albeit elaborately priced, Restaurant la Perle du Lac and crossed the boulevard into the Conservatoire et Jardin botaniques. The gardens are glittered with greenhouses, zoological exhibits and botanical displays, with the whimsical, steampunk-esque two-story merry-go-round as the crown jewel. I was partial to the hot air balloon suspended from the body of an articulated frog, but a ride in the baby carriage being towed by a stork didn’t look half bad either.

While on this end of town, be sure to pop by the United Nations Headquarters. Should you remember to make a reservation and bring your passport, you can even tour the inside. 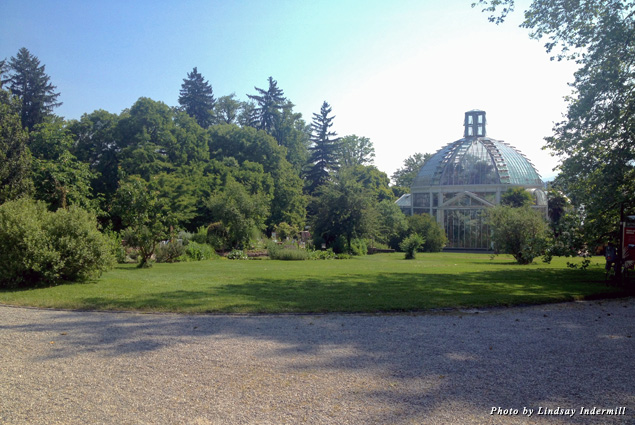 For dinner, try Le Relais de l’Entrecôte on the southeast side of the Pont du Mont-Blanc. Everyone is served the same: an iceberg lettuce salad with French dressing followed by thinly cut filet and French fries, all doused in “The Sauce.” Don’t let the simplicity fool you (or the 42 francs deter you). The Sauce, a top-secret signature of the restaurant chain, is somewhere between buttery pesto and champagne-y chimichurri and is not to be missed.

Once you leave the French region and head northeast toward the Alps, three things change: the mother tongue (to German), the food (to three square meals of meat, potato, and cheese), and the landscape (to amazing). Both culturally and topographically, the scenery truly lends itself to the images conjured by the word “Switzerland.” 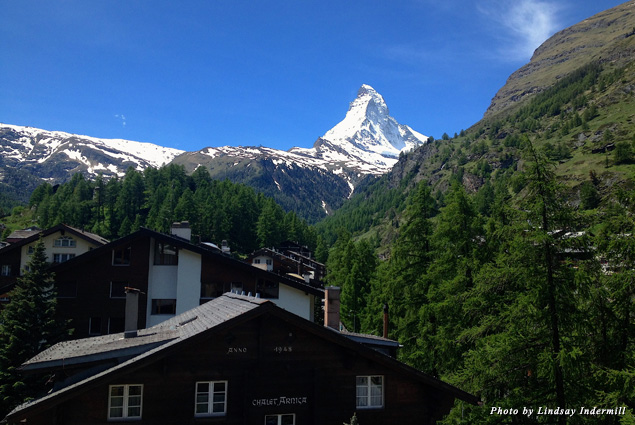 And when it comes down to choosing one landscape to embody the whole of Switzerland, the Matterhorn in Zermatt takes the cake. Lodge somewhere such as The Hotel Bella Vista, where you have sweeping views of the mountain beyond the village and a traditional daily Valais breakfast of meats, cheeses, and pastries. There are only two means of transportation within Zermatt: horse-drawn carriages and electric trucks they call “taxis.” But the village is so small and the views so lovely, it would be a shame to explore it any way but by foot. Disneyland fans might want to give a close look to black and white photos in older, more established taverns and hotels, as there’s something of a treasure hunt here for photos of Walt Disney studying the Matterhorn in preparation for building his own. 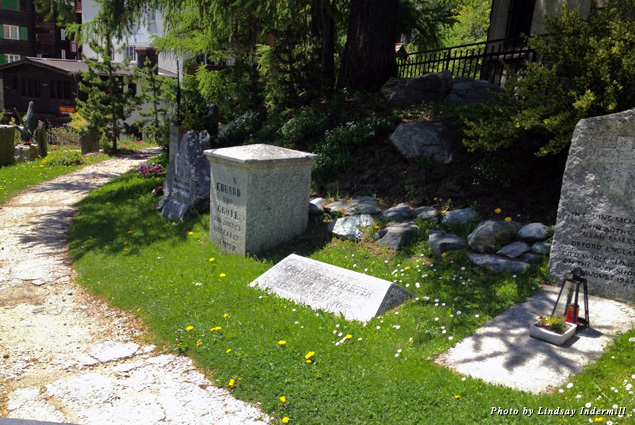 For those unaware of the devout local mountain climbing culture, a reverential walk through Mountaineers’ Cemetery will enlighten. Just behind the town’s iconic church, the cemetery is reserved for some 50 or so climbers from around the world who lost their lives climbing one of the neighboring peaks. Pick axes, fresh flowers, lit candles, and noble epitaphs with causes of death (“Crevasse,” “Avalanche,” “While Descending”) are a testament to the villagers’ deep respect for the power of the Alpine mountains. In a country with no wars, mountaineers are like soldiers. 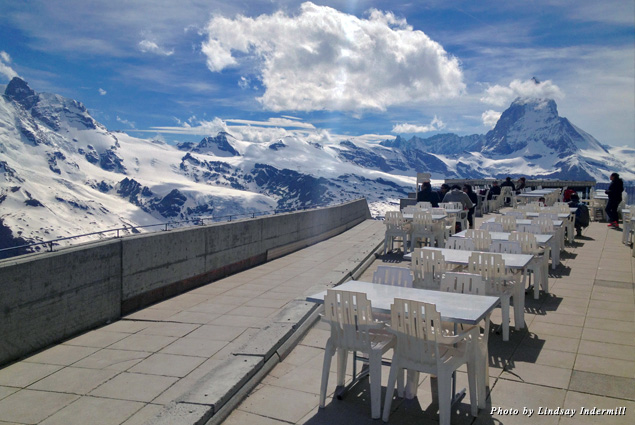 To venture beyond the Zermatt village, you’ll have to purchase a ticket for a gondola ride. Catch the Gornergrat Bahn (near the Zermatt train station) for spectacular Matterhorn vistas and take some Instagram-worthy pictures of your lunch at one of the world’s most marvelous restaurants with a view. If traveling in the summer, hike up one of the wildflower-laden trails to a microvillage such as Furi for a traditional rösti lunch on a patio overlooking the valley. Keep an eye out for marmots, the region’s beloved rodent mascot. 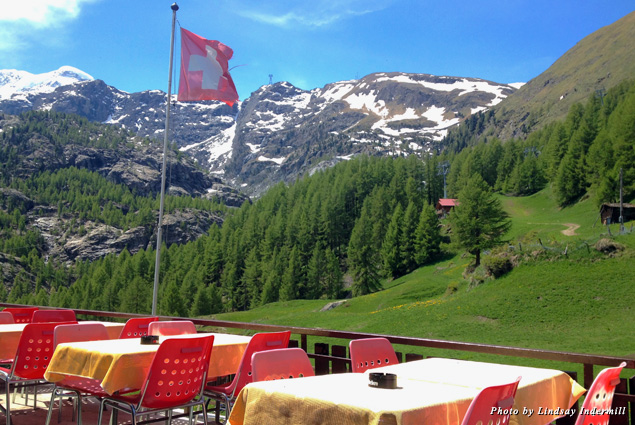 If Zermatt is reminiscent of “The Sound of Music,” then the Bernese Oberland is a Disney fairytale (honestly, there’s just no way to escape the Disney references). The castles have been scrupulously preserved as the centerpieces to waterfront, flower-strewn villages, making towns like Thun (pronounced “Toon”) and Spiez (“Speetz”) the embodiment of the word “charming.”

The tiny sister village of Amsoldingen is of particular sentiment to me and mine as it’s the village our family has lived in for centuries. I’ll be the first to tell you, should you have the luxury of knowing where your ancestors lived, a thorough exploration of the area, no matter how quaint or obscure, is food for the soul. 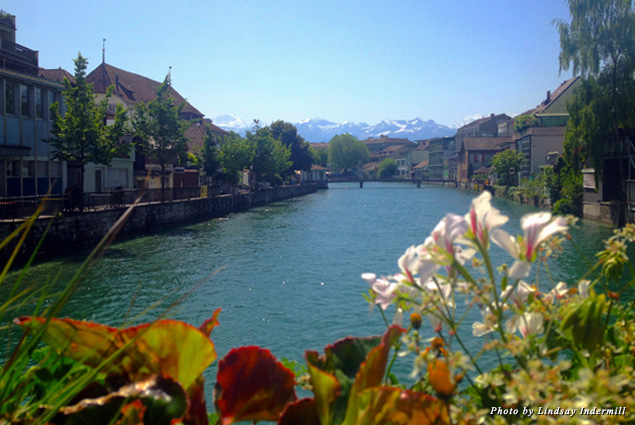 Interlaken makes a nice home base for exploring the area, as it makes up the peninsula between the Brienz and Thun Lakes and is connected to the neighboring towns by train and ferry. For accommodations, you’d be hard pressed to beat the ambiance of the Grand Hotel Victoria Jungfrau.

Jungfrau, I should note, is one of three massive mountains that make up the Oberland skyline (Mönch and Eiger being the other two). Though the peaks are only accessible to mountaineers, there’s a saddle of snow peak between Jungfrau and Mönch known as Jungfraujoch that’s available to tourists. It’s no small price tag (fares can be as high as $300), but between the Sphinx Observatory Terrace, the carvings in the Ice Palace, and the fact that you can see it all with an icy beer in hand, the sting from the ticket is quickly numbed. Switzerland has no shortage of waterfalls, but the nearby Trümmelbach Falls is one of the most worthwhile. 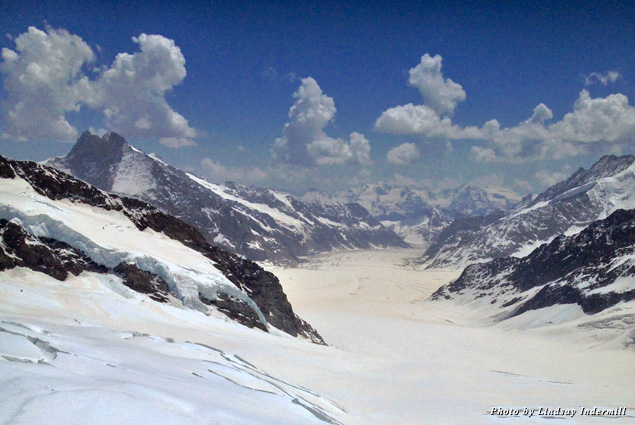 My favorite stop, or stops, were on the car rides between each city, where everyone’s bladders were full and stomachs were empty, and a mom-and-pop restaurant with an emerald valley view appeared from behind a curve in the road, like a mirage in the oasis. The server didn’t speak English this far from a tourist hub but brought us cold beer and hot food with a smile anyway.

At these stops, a tapestry of buttercups, forget-me-nots, and daisies undulate from the wind in the valley. The family cows trod and groan where you parked your rental car. The other patrons know you’re an outsider and might be laughing at you for pointing and pleading at the menu instead of trying the coarse German language, but catch one looking you in the eye, and they’ll tip their glass and give you a nod. Willkommen.

Christmas in Switzerland Genève, a Dream of Mankind