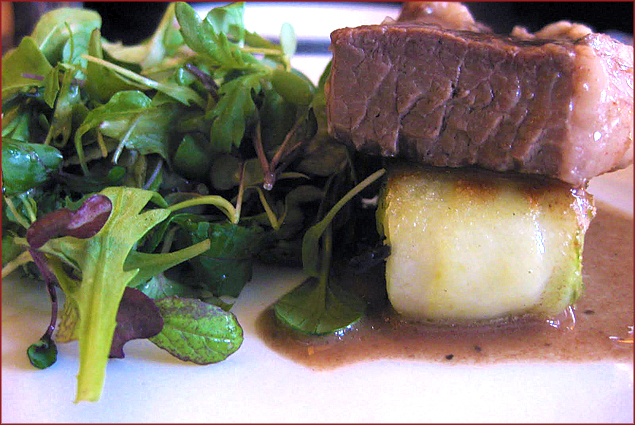 A friend of mine was in town a little while ago and we managed to consume quite a bit of food! We went to Trader’s Bar for their $5 unlimited mussel deal, Ryan Duffy’s for an incredible steak dinner, and ended the weekend at Morris East.

Morris East is what I would consider a traditional ‘neighbourhood’ resto. It’s small and lively, has amazing food and is often packed—a great sign! My friend and I stopped in at 5 to take advantage of the 5-6 Happy Hour when wine is just $4. Though ME is famous for their wood-fire grilled pizzas, we were both in the mood for lighter fare. We decided to split an appy and go for one of the restos intriguing salads. We split the Beef short rib to start; a hunk of supple meat atop a pillowy potato cannelloni and tender greens. 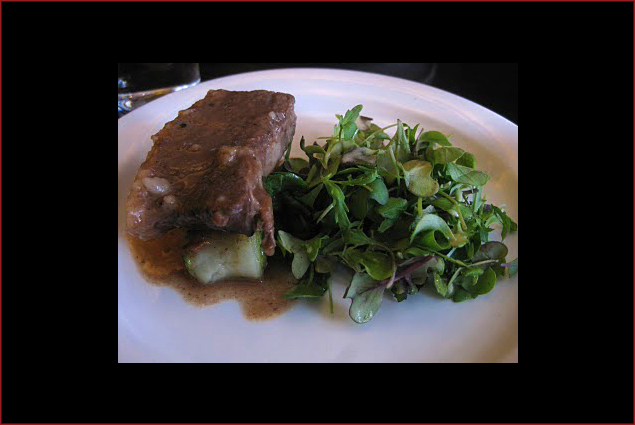 My friend ordered the Roast Chicken and Pastina salad for her main—an unusual combo, but one that had both a delightful flavor and texture contrast. The pastina grains were light, almost rice-like, and rolled around on your tongue. Along with the smokey chicken and earthy portobello mushrooms, the mild 1608 cheese added yet another meaty element. 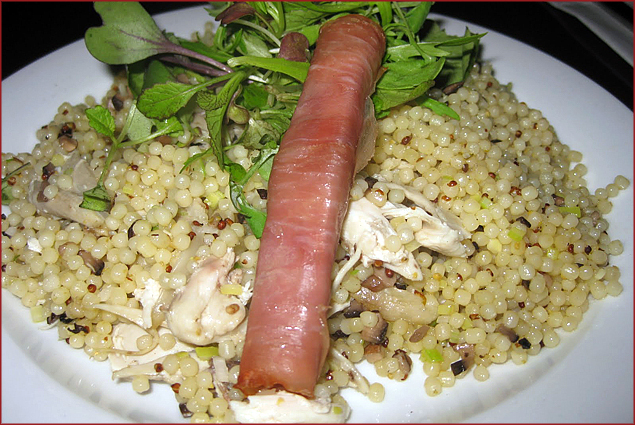 Though I’m not normally one to order a Cesar salad, I had a feeling that Morris East would do it justice. My gut didn’t disappoint. With a vinaigrette dressing as opposed to the traditional cloying cream-based one, this salad had lots going on while still maintaining its freshness. Sweet preserved lemon and thick-cut smoked bacon accented the crisp Romaine and salty Parm. 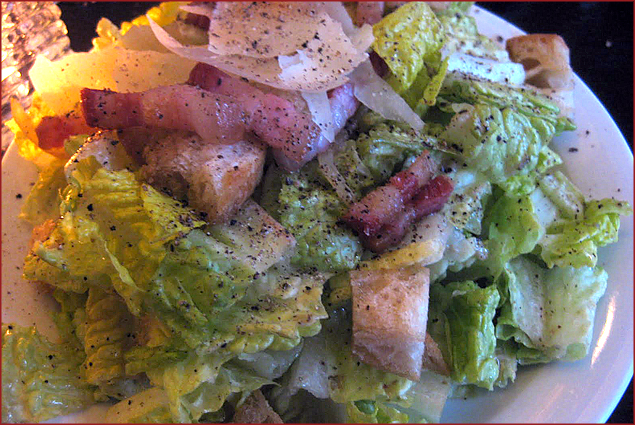 Though both of us were decidedly full, we couldn’t resist the S’more. Toasted in the wood-fired oven, ME’s house made marshmallow had a crisp crust and a gooey interior-mmm. A graham cracker was sandwiched between this and a pool of thick chocolate ganache. MMM! I do love me a good S’more! 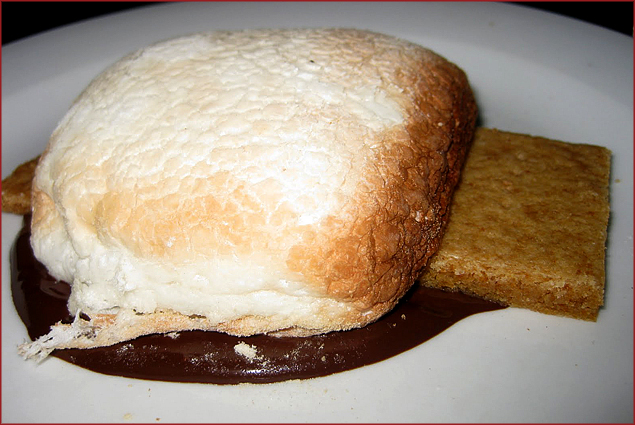