A Dark History Outside the Cobbled Streets of Prague 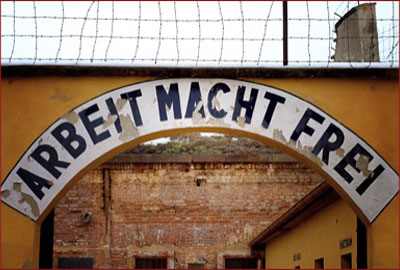 A mere 40 miles northwest of Prague, near the Czech Republic’s border with Germany, lies Terezín. Terezín is separated into two portions, the large and the small fortresses, which were originally constructed in the late 18th century by the Hapsburgs as a defensive fortification. Though during its history as a military fortress, it never came under siege. The town and the fortress both have a somber history well worth exploring for visitors to the Czech Republic ready to go beyond the cobbled streets of Prague.

I had never had an opportunity to visit a Nazi concentration camp. My previous travels typically revolved around architecture, museums, art, local history, and sports. And, let’s be honest, food and booze. I had read in a travel guide, shortly after my arrival to the Czech Republic, of the history of Terezín. With time to kill while staying in Prague, I decided that a visit and tour were on my short list of things to do.

Though originally built for military purposes, it was later fashioned into a prison. During World War I, political prisoners were among those kept inside its walls including Garvilo Princip, the assassin of Archduke Franz Ferdinand and his wife Sophie. During WWII, the small fortress was used to house allied POWs from England, Australia, New Zealand and Scotland. The punishing cells of the small fortress were reserved for those POWs who persistently attempted escapes from “normal” POW camps, was directly controlled by the Nazi Gestapo and gave the prisoners a viewpoint to see the atrocities committed against the “residents” of the large fortress. During WWII, the large fortress was fashioned into a Jewish ghetto, concentrating Jews from Czechoslovakia as well as many from western Europe.

Arrangements were easily made through the website for Martin’s Tours of Prague. 12 hours later, and $60 lighter, I was on a mini-bus with a group of other travelers, speeding through the Czech countryside… and falling asleep to the guide’s voice over the loudspeaker. Strings of broken English in a severe accent are a lullaby to my thoroughly American ears at a pre-coffee 9:00am. All the same, after shaking the sleep off, the guide was in fact rather informative. And upon arrival at Terezín, much of the history of the area spoke for itself. 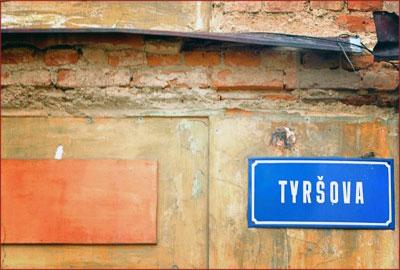 On the overcast, freezing morning, we arrived outside the gates to Terezín fortress. We marched as a group along a path set between an open field on the left and a cemetery of both individual and mass graves of many of the victims of the Nazi control of the area. The cemetery is guarded, at the rear, by a massive star of David. After we reached the gate to the small fortress, paid the compulsory 50Kc (approximately 2€) for a photography permit, our guide handed us over to an extremely knowledgeable in-house guide.

We were shown through camp with a general history as well as personal stories of survival. Descriptions of life, or rather survival, in the camp were a sobering reminder of what happened there. We saw bunk-rooms, showers, execution yards, “barber shops” built solely for show for a Red Cross inspection and walked through cavernous tunnels built into the fortress walls. Though it was cold and miserable, I felt it was perfect weather for seeing the remnants of a terrible history. Rather than attempting to describe the prison’s history, for which I could not do justice, I present various photos I took from my trip: 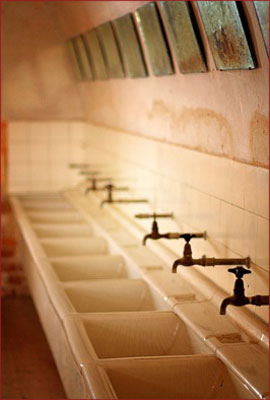 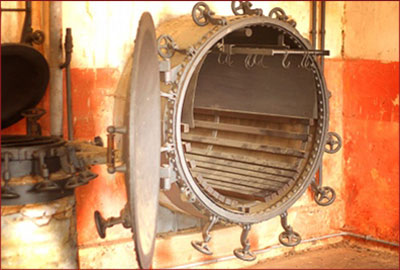 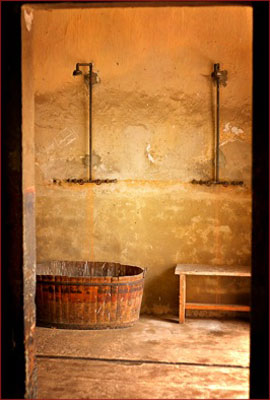 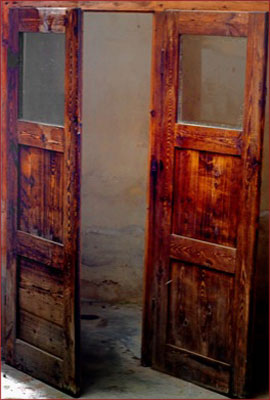 With a sense of sadness, our group quietly crossed town to the large fortress of Terezín; this portion was the Jewish (and other persecuted minorities) ghetto beginning at the end of 1941. Prior to its formation as a concentration camp during WWII, Terezín had a local population of 7,000 people. For a time, this population, and that of the prisoners, lived together until the locals were evicted. For the duration of the war, Terezín housed just under 140,000 prisoners, and at its peak, housed over 58,000 at one time. Throughout the war, most of these prisoners were moved to extermination camps, so that by the camp’s liberation by the Red Army, only 17,000 remained.

The large fortress, the ghetto, now houses a museum dedicated to the area’s history with exhibitions on prison infrastructure, self-government, living conditions, and life within its walls. The most moving exhibit was that of artwork produced by the children of Terezín. Muted colors or graphite on parchment and solemnly worded poems wrap the walls in one area of the museum. Though most of the originals are kept at the Jewish Museum in Prague, there are some originals at the Terezín Ghetto Museum and high quality, large format reproductions abound. 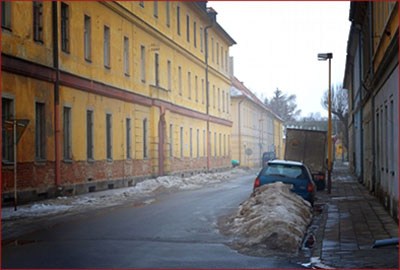 For travelers with an interest in history, and the stomach for learning more firsthand, I couldn’t recommend taking a day trip more highly.