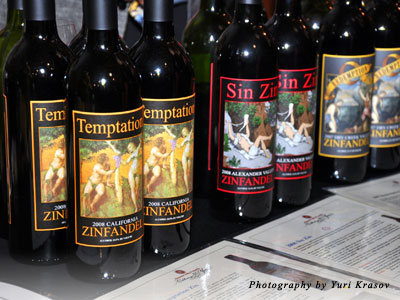 It was all about temptation and succumbing to it. Not that anyone would mind. Zinfandel Advocates & Producers’ 20th Annual Zinfandel Festival rocked San Francisco with hundreds of zin-producing wineries and thousands of zin worshipers attending a three-day event at the end of January. 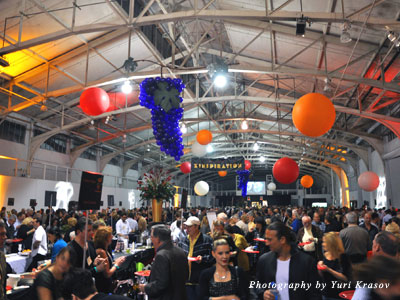 One of the programmed events, Good Eats and Zinfandel Pairing in Herbst Pavilion at Ft. Mason Center brought together 50 wineries and 50 restaurants matched with amazing precision.

Ravenswood (“No Wimpy Wines”) robust red was paired with spiced duck chili from Central Market in Petaluma. A decadent short rib in chili-zin sauce with blue cheese on a potato crisp from Q Restaurant in SF accompanied 2007 90 year-old vines private reserve zin from Sausal Winery. A divine zin risotto with duck confit, mushrooms, and applewood-smoked bacon was delivered by One Market Restaurant (SF) along with Three Wines Company 2008 Old Vines. 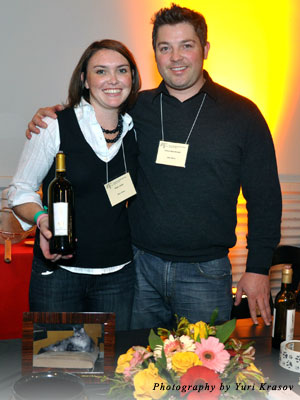 2008 Bobcat Reserve, the most famous and popular of all zins made by Selby Winery, had a food accompaniment of feijoada – a Brazilian stew from Relish Culinary Adventures in Healdsburg. A framed photograph of a gorgeous fluffy kitty, presumably a namesake for the wine, graced the tasting table. 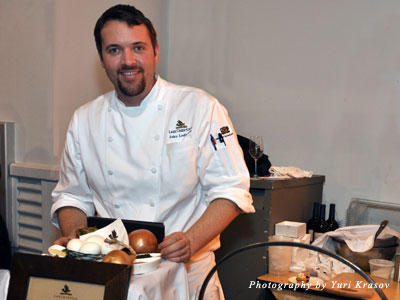 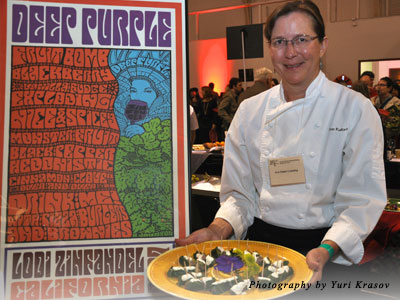 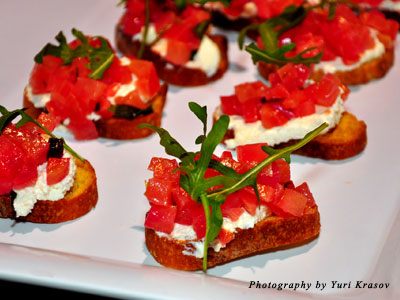 Vegetarian-friendly beet, olive and ricotta crostini were served by A 16 (SF) to complement D-cubed Cellars zin.

In a collective effort to assure the legacy and future of Zinfandel – America’s Heritage Wine, dozens of sponsors extended their support for the festival. One of the official sponsors, TEK Labels & Printing, owned and operated by David Hinds, printed this year’s Heritage California Zinfandel label on 100% recycled paper. Talk about going green, caring for the future, and being aesthetically pleasing at the same time. 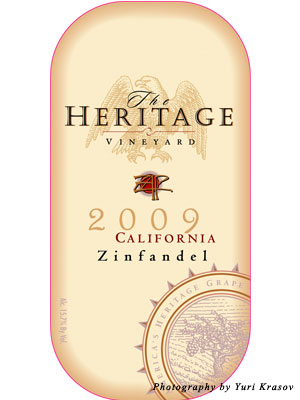 It would be impossible to mention all the tasteful and tasty presentations put together by skilled wine producers and talented chefs for the sake of majestic Zinfandel and its many graces. However, I couldn’t have passed by a chunk of heavenly foie gras in the hands of Bisou French Bistro’s energetic chef-owner Nick Ronan. The notorious French delicacy was paired 2007 Zydeco from R & B Cellars. 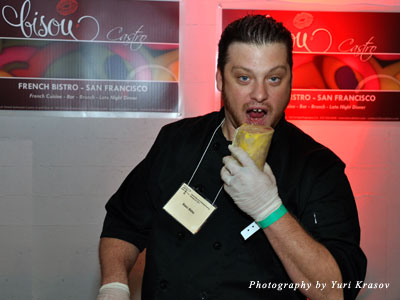 More information on the web.